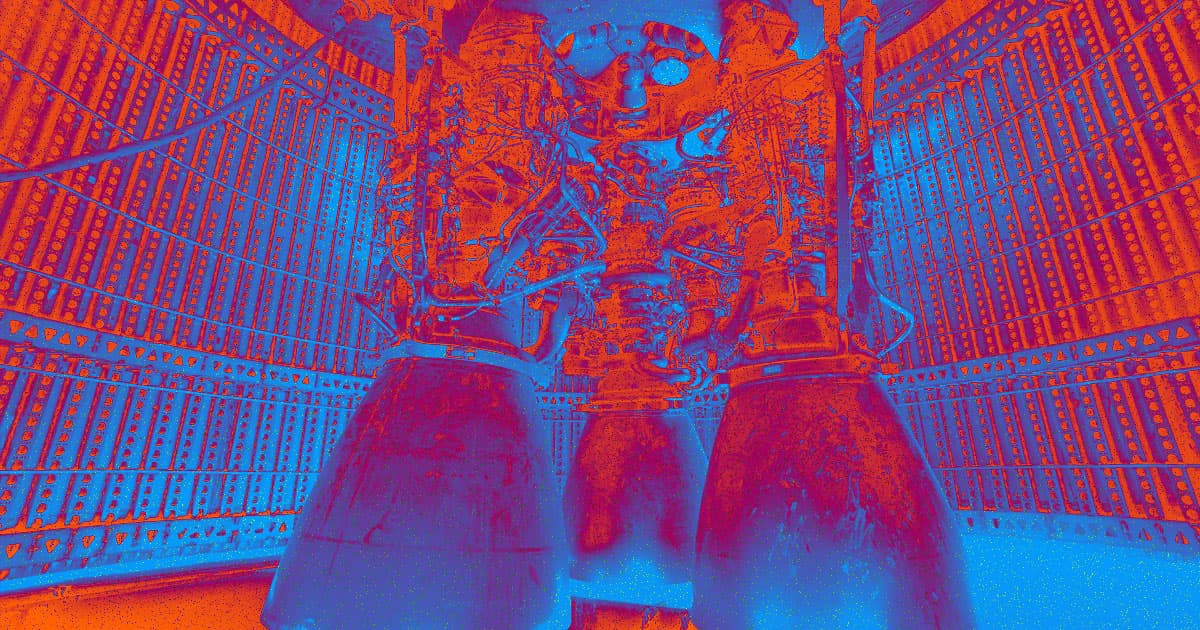 Musk revealed the stainless steel monstrosity during a presentation at SpaceX's Boca Chica, Texas testing site on Saturday. The hope is that it'll one day allow up to 100 passengers to travel to the Moon, Mars, and beyond.

The record-breaking rocket will eventually be 160 feet tall and twice as powerful, according to Musk, as NASA’s retired Saturn V rocket that took American astronauts to the Moon during the Apollo missions.

At this point, SpaceX's prototype is a giant stainless steel tube with massive header tanks in the nose cone and three Raptor engines in the rear. Four fins along the side of the rocket will help it orient itself during controlled descent.

It will have to deal with some off-the-charts forces when it will go through testing in the coming months. "There’s so much power going through this engine that it’s close to the limit of the known physics of materials in many places," Musk tweeted on Friday.

As for the, uh, prominent welds on the outside of the steel structure, Musk promised that the "production version will be a lot more polished than this prototype, but still fun to see," in a Tuesday tweet.