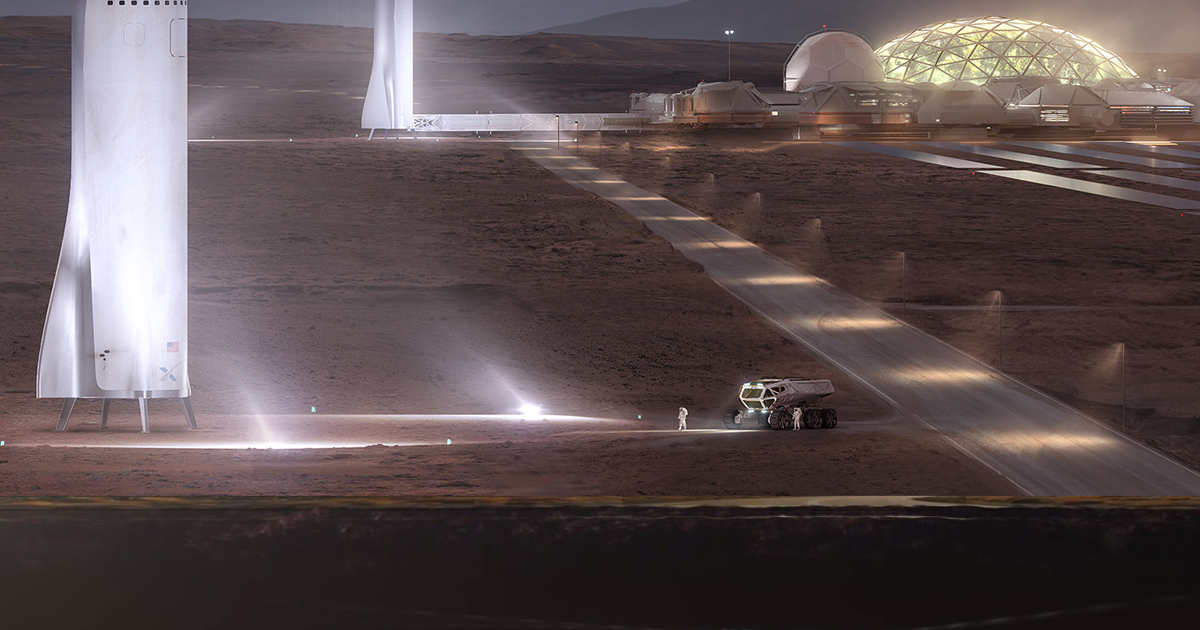 Elon Musk: Mars Base Will Have “Outdoorsy, Fun Atmosphere”

"For having an outdoorsy, fun atmosphere, you’d probably want to have some faceted glass dome, with a park, so you can walk around without a suit."

"For having an outdoorsy, fun atmosphere, you’d probably want to have some faceted glass dome, with a park, so you can walk around without a suit."

In an interview newly published by Popular Mechanics, SpaceX CEO Elon Musk shared his thoughts on colonizing Mars — from how the first settlers will grow food to the friendly vibe he envisions at the first base on the Red Planet.

When PopMech editor-in-chief Ryan D’Agostino pressed Musk on the feasibility of terraforming the entire Red Planet, the enigmatic CEO dismissed the concerns. (Musk, you may recall, famously suggested converting Mars to a more Earth–like climate by dropping atomic bombs on its poles.)

“Of course you can terraform Mars,” Musk told D’Agostino. “Why would they think you can’t? You totally can.”

On the subject of how the first Martian colonists will produce food, Musk went into more detail, describing an elaborate hydroponics system that the settlers could use to grow nutritious vegetables.

“I mean, the easy way to do the food would be just to do hydroponics,” he told PopMech. “You essentially have solar power — unfoiled solar panels on the ground, feed that to underground hydroponics, either underground or shielded by wires, dirt.”

More on colonizing Mars: Four Legal Challenges to Resolve Before Settling on Mars