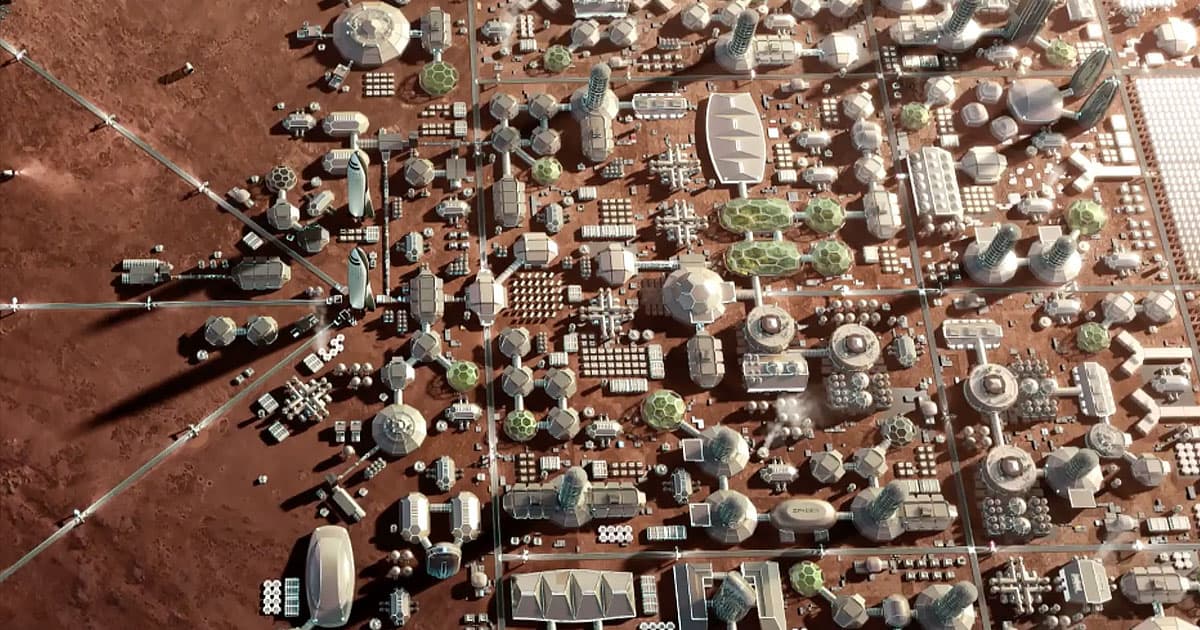 Elon Musk: Mars City Could Cost Up to $10 Trillion

No doubt about it: constructing a city on a planet that's hundreds of millions of miles away is going to be hella expensive.

In fact, SpaceX CEO Elon Musk estimates the cost to be anywhere "between $100 billion and $100 trillion," according to a tweet from last week.

To put that range into perspective, Marsopolis could cost us anywhere between 10 percent of the United States' 2019 military budget and three times the US's 2018 tax revenue. In other words, it'll a bonkers amount of cash.

To arrive at his estimation, Musk calculated the approximate future cost of sending a minimum payload to Mars "to nearest order of magnitude," at $100,000 per ton. In 2017, Musk estimated it to be closer to $140,000 per ton.

So if a million tons of cargo are required for a self-sustaining city — Musk said as much during a July interview with CBS News — the total cost would come out to about $100 billion.

For SpaceX to ever get a shot at starting construction of the first-ever city on another planet, the company will have to get its Starship rocket off the ground first — and that's only the beginning.

If all goes well, the gigantic rocket could eventually ferry 100 tons of payload to Mars — if SpaceX figures out a way to refuel the rocket in Earth orbit first.

More on Starship: Elon Musk: Starship Prototypes Could Be Ready to Fly This Month