Boeing Believes It Can Beat SpaceX to Mars

Which company will take the gold in the race to Mars? 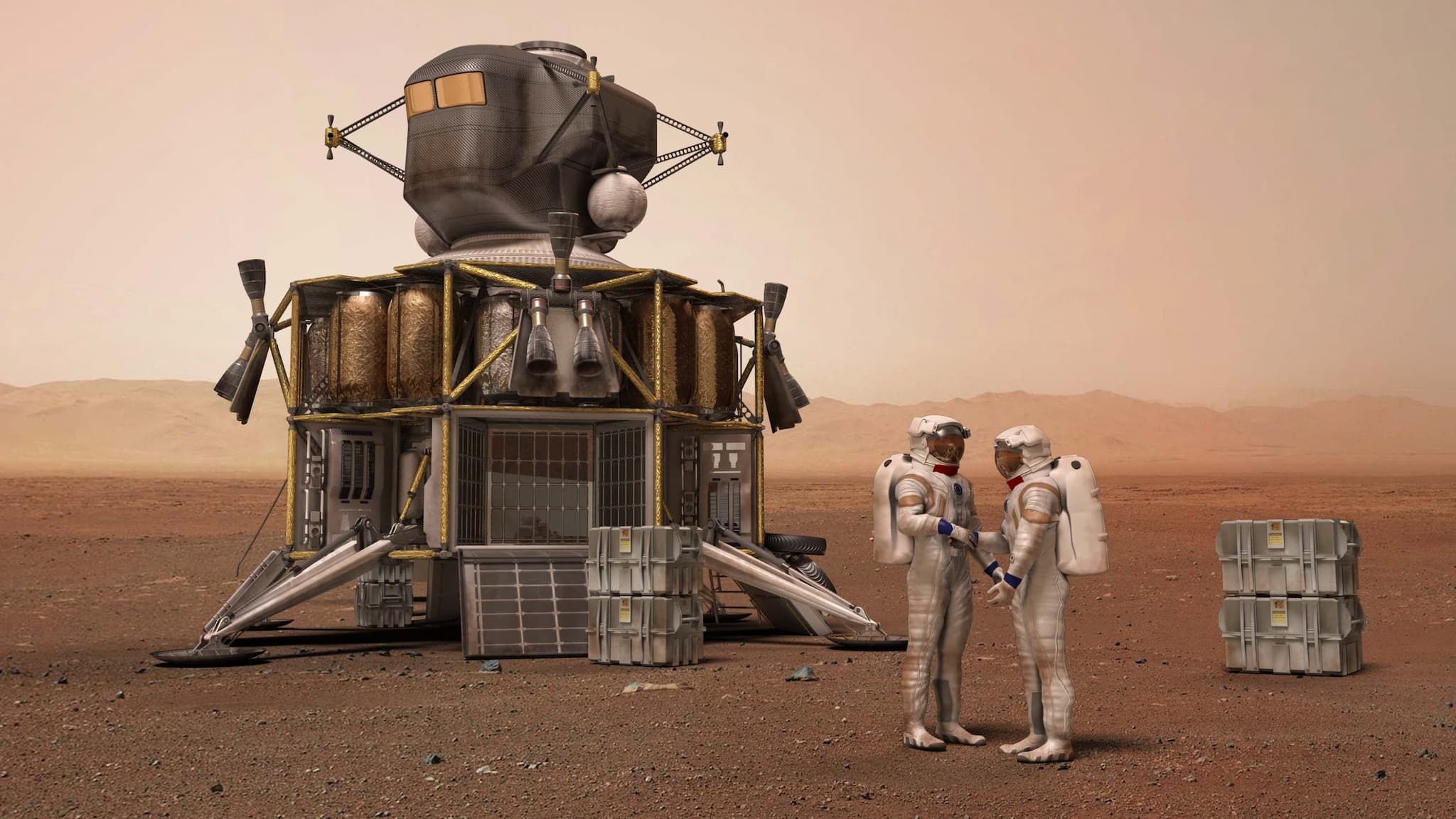 Boeing CEO and president Dennis Muilenburg recently told CNBC's Squawk on the Street host Jim Cramer that his company will be beating Elon Musk to the Red Planet. "…I firmly believe the first person that sets foot on Mars will get there on a Boeing rocket," he told Cramer after being asked whether he or Musk would "get a man on Mars first."

Muilenburg's answer reiterates a claim he made in October 2016 at The Atlantic's "What's Next" conference — underwritten by Boeing — nearly word-for-word. There, he discussed impending innovations to low-Earth orbit space travel, space tourism and, almost as an afterthought, the first person on Mars. "I'm convinced that the first person to step foot on Mars will arrive there riding on a Boeing rocket," he said at the recorded event.

The "Path to Mars" section on the Boeing website indicates that its Space Launch System (SLS) and crew transportation vehicle, Orion, are in production. Muilenburg described the SLS to Cramer: "This is a rocket that’s about 36 stories tall, we're in the final assembly right now, down near New Orleans." Muilenburg said the first test flight is happening in 2019, which will send the Orion on a test flight around the Moon.

While the 2019 launch date may sound impressive, it represents a one-year delay from the initial estimated timeframe. In April 2017, a report from the US Government Accountability Office said the original November 2018 SLS launch date was "likely unachievable as technical challenges continue to cause schedule delays."

Ultimately, the plan that Boeing has laid out shows that the company plans on doing missions in Mars's orbit in the early 2030s, and missions to the planet's surface in the mid-to-late 2030s.

Whether that timeline can beat Elon Musk's, however, remains a question.

Musk and his company SpaceX are almost synonymous with humanity's quest to travel to and colonize the Red Planet. At the International Astronautical Congress in Adelaide, Australia in September 2017, Musk gave a progress report on the company's goal of getting us there. He revealed a new reusable spacecraft capable of refueling in space, the Big Falcon Rocket (BFR), which he said could transport the first colonists to Mars in 2024.

Fortune Tech highlighted their coverage of Muilenberg's most recent comments with a tweet saying: "Boeing CEO: We're Going to Beat Elon Musk to Mars." Never one to back down from a challenge, Musk responded to the tweet with two words: "Do it."

The SpaceX CEO's laconic response is in line with his previous thoughts on the subject at the 2016 International Astronautical Congress, which took place in Guadalajara, Mexico. There, Musk said, "I think it's actually much better for the world if there are multiple companies or organizations building these interplanetary spacecraft. You know, the more the better."

Much like when the US and the USSR jockeyed for space supremacy in the 1950s and 60s — each nation pushing the other towards achieving new exploration benchmarks on even shorter timelines — it seems this new space rivalry may ensure we get to Mars as quickly, and cheaply, as possible.

Read This Next
A Sip of Opal
NASA Discovers Precious Gemstones on Mars
Shot Well
Head of NASA Relieved to Hear Elon Musk Isn't REALLY Running SpaceX
Martian Oases
Scientist Proposes Growing a Forest Inside a Bubble on Mars
Big Impact
Meteorite Hit Mars So Hard NASA Thought It Was a Quake
Makeover Scene
Space Tourist Says He's Thinking About Flying SpaceX Craft Up to Fix Hubble
More on Off World
Light Me Up
Yesterday on the byte
Wall of Lasers Cuts Across Hawaii's Night Sky
Water Sign
Yesterday on the byte
Scientists Find New Evidence of Hidden Ocean World in Our Solar System
Trashing Orbit
Thursday on the byte
Elon Musk Says SpaceX May Build Starship That Dies on Purpose
READ MORE STORIES ABOUT / Off World
Keep up.
Subscribe to our daily newsletter to keep in touch with the subjects shaping our future.
+Social+Newsletter
TopicsAbout UsContact Us
Copyright ©, Camden Media Inc All Rights Reserved. See our User Agreement, Privacy Policy and Data Use Policy. The material on this site may not be reproduced, distributed, transmitted, cached or otherwise used, except with prior written permission of Futurism. Articles may contain affiliate links which enable us to share in the revenue of any purchases made.
Fonts by Typekit and Monotype.