Why Live on Earth When You Can Live in a Hole on Mars? No, Really. 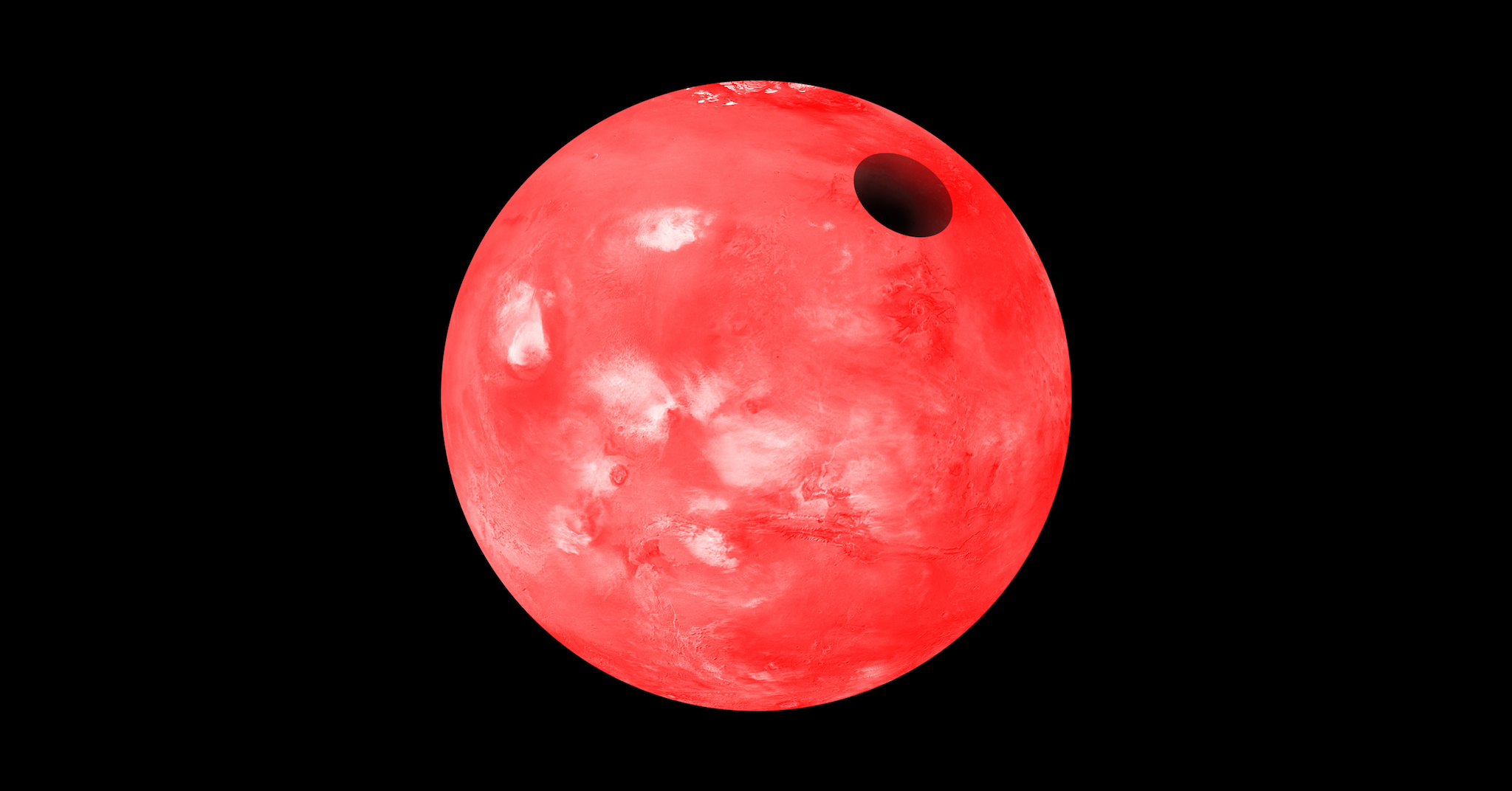 Most people try their best to avoid residing six feet (or more) underground. But if you want to live on Mars, that might be your only option. This week, SpaceX President and COO Gwynne Shotwell sat down for an interview with CNBC. During a chat about the synergy between Elon Musk's various companies, she made a bold prediction about humanity's potential future on the Red Planet.

"I think the Boring Company could be the way that we house people on Mars. We'll have to dig tunnels for folks," she told CNBC's Morgan Brennan.

Shotwell wasn't just speculating about her boss's plans, either. Musk himself has previously touched on the possibility of using Boring Company tech to create underground Martian habitats.

"You could build an entire city underground if you wanted to," said Musk during a Q&A session at the International Space Station Research and Development (ISSR&D) Conference in July. "People are still going to want to go to the surface from time to time, but you can build a tremendous amount underground with the right boring technology on Mars."

SpaceX already plans to join forces with the Boring Company to transport people here on Earth, so it's not much of a stretch to imagine the Boring Company helping SpaceX with its off-world plans. But why on Earth would people want to live in underground Martian habitats? What about those cool glass domes and sprawling above-ground communities envisioned by Musk himself?

Turns out, those habitats might look cool, but they could also kill us. Mars' atmosphere is much thinner than Earth's, and it lacks our home planet's magnetic field. That means there's less to protect humans from dangerous cosmic radiation, which can cause a myriad of health problems.

According to NASA, if we want to shield Mars-dwelling humans from this radiation, we have a couple of options. We could build habitats with enough spacecraft material to absorb the radiation (which would be expensive to transport) or we could create new, more efficient materials – but developing those is also expensive.

Sending one tunnel-digging machine to Mars might prove to be the cheapest way to build safe habitats on the planet. Sure, living underground might force us to miss out on what's likely a spectacular view, but hey, we might also retain our abilities to think clearly, reproduce, and live cancer-free.

Of course, given the choice between living in underground Martian habitats and enjoying life on the surface of Earth, many people would likely choose the latter. However, if the more pessimistic of predictions about our planet's future habitability come to fruition, we might not actually have much of a choice.

In that case, all we can do is hope Musk can get his boring machine to Mars before it's too late.

Read This Next
A Sip of Opal
NASA Discovers Precious Gemstones on Mars
Shot Well
Head of NASA Relieved to Hear Elon Musk Isn't REALLY Running SpaceX
Martian Oases
Scientist Proposes Growing a Forest Inside a Bubble on Mars
Big Impact
Meteorite Hit Mars So Hard NASA Thought It Was a Quake
Makeover Scene
Space Tourist Says He's Thinking About Flying SpaceX Craft Up to Fix Hubble
More on Off World
Grrrrrrrr
Yesterday on the byte
Internet Erupts as NASA Spots Cartoon Bear on Surface of Mars
Gl1tc4
Yesterday on the byte
NASA Says Another James Webb Instrument Has Suffered a Glitch
comet Spotting
Yesterday on the byte
Behold! Dazzling Green Comet Approaches
READ MORE STORIES ABOUT / Off World
Keep up.
Subscribe to our daily newsletter to keep in touch with the subjects shaping our future.
+Social+Newsletter
TopicsAbout UsContact Us
Copyright ©, Camden Media Inc All Rights Reserved. See our User Agreement, Privacy Policy and Data Use Policy. The material on this site may not be reproduced, distributed, transmitted, cached or otherwise used, except with prior written permission of Futurism. Articles may contain affiliate links which enable us to share in the revenue of any purchases made.
Fonts by Typekit and Monotype.