We need to become a little less human. 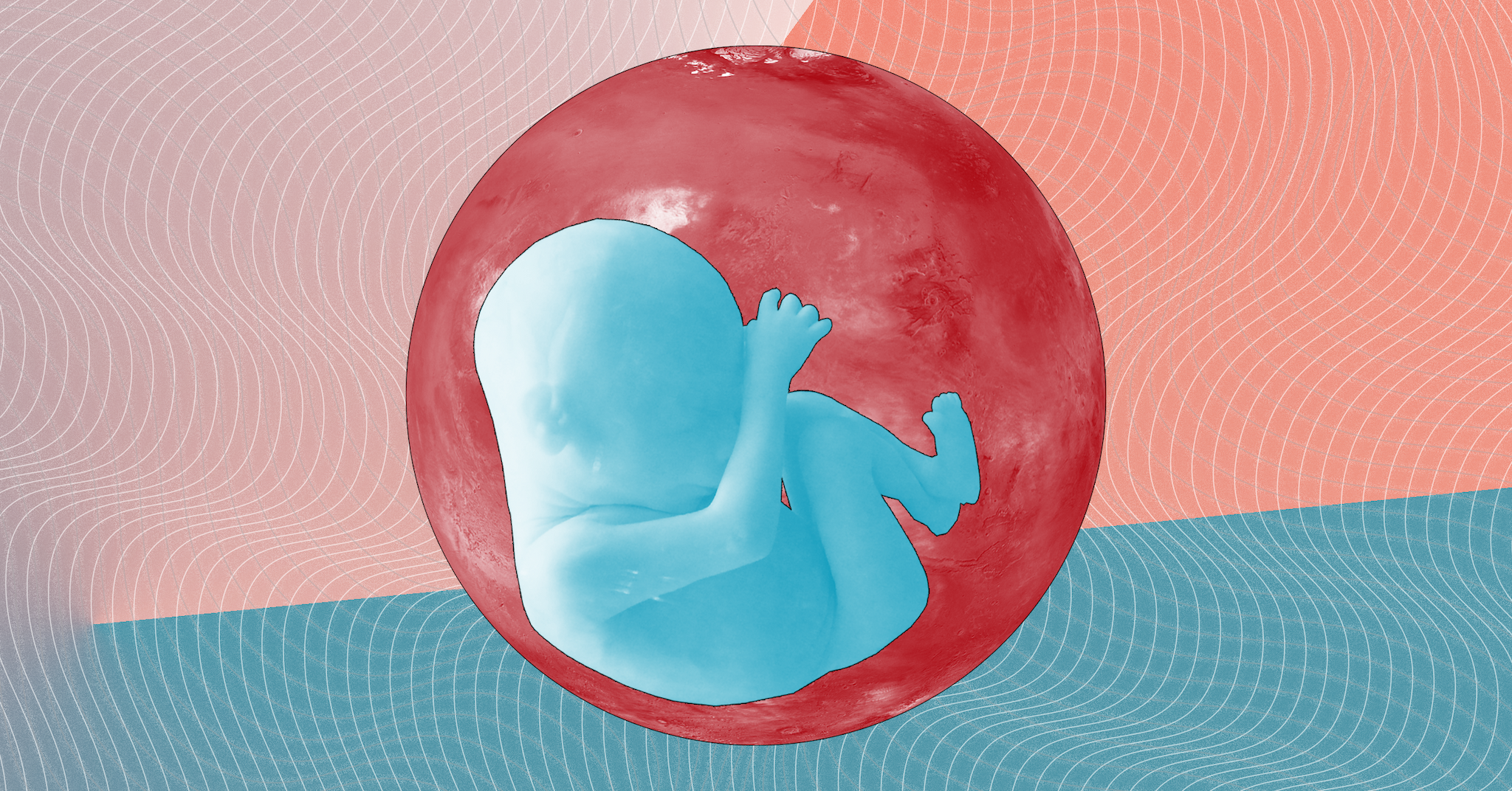 Having a baby on Earth? Not always fun (see: morning sickness, swollen feet, and *gulp* the actual delivery).

Having a baby on Mars, though? That might be downright impossible — unless we're willing to rework our DNA. This news comes courtesy of a new study published in Futures by researchers from the University of Information Technology and Management in Poland.

First, let's review the two main issues with procreation on the Red Planet:

Add in a number of other potential health issues associated with space travel — immunosuppression, nervous system changes, hearing loss — and the human body is hardly in peak condition for reproduction on Mars.

So, what are two human settlers of Mars to do if they want to start their family? They might want to tweak their DNA to be a little less "human."

In their paper, the researchers note the possibility of using of CRISPR to genetically engineer humans to overcome these hurdles to reproduction. This would result in "speciation of Homo Sapiens," essentially a new type of human, which opens up an entirely new set of ethical issues that the world will have to wrestle with.

Still, it's not like we'll be trying to make reproduction on Mars happen tomorrow. We still have plenty of time to research the potential effects of off-world living on reproduction, which is exactly what the researchers suggest we do.

They note the need for studies on the impact of reduced gravity on the production of male and female reproductive cells, as well as the gestation and delivery process. We might even want to consider attempting human reproduction on the Moon or a space station instead of the Red Planet itself.

For now, reproduction remains just one of the many issues we'll need to deal with before Mars colonization is within our grasp. While it's good to be prepared, perhaps we should just tackle getting a human there first.

Read This Next
A Sip of Opal
NASA Discovers Precious Gemstones on Mars
Martian Oases
Scientist Proposes Growing a Forest Inside a Bubble on Mars
Monkey Business
China Plans to Send Monkeys to Space Station to Have Sex With Each Other
Big Impact
Meteorite Hit Mars So Hard NASA Thought It Was a Quake
Palliative Care
NASA's Mars Lander Refuses to Die Even Though It's Supposed To
More on Off World
Drama Bomb
Wednesday on the byte
European Space Agency Halts Plans to Send Astronauts to Chinese Space Station
Futurism
Wednesday on the byte
Asteroid Mining Startup About to Launch First Mission
Carry On, Wayward...
Wednesday on the byte
NASA Says Lucy Spacecraft Will Forge Ahead With Busted Solar Array
READ MORE STORIES ABOUT / Off World
Keep up.
Subscribe to our daily newsletter to keep in touch with the subjects shaping our future.
+Social+Newsletter
TopicsAbout UsContact Us
Copyright ©, Camden Media Inc All Rights Reserved. See our User Agreement, Privacy Policy and Data Use Policy. The material on this site may not be reproduced, distributed, transmitted, cached or otherwise used, except with prior written permission of Futurism. Articles may contain affiliate links which enable us to share in the revenue of any purchases made.
Fonts by Typekit and Monotype.