"I'm skeptical that you'll find legions of people that will go there and want to stay." 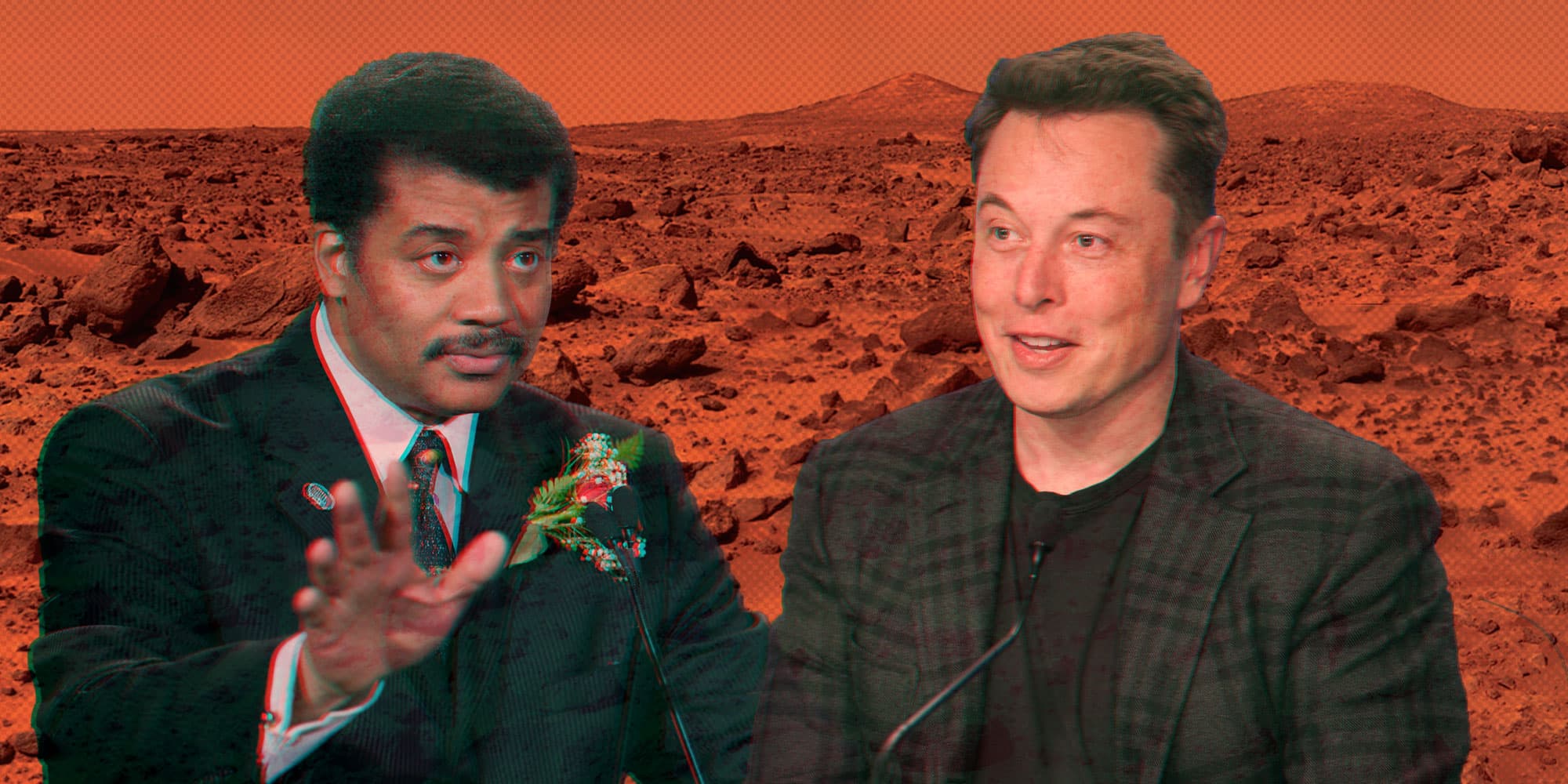 These three organizations have bold plans to be the first to colonize Mars in the next few decades.

They may even be impossible.

When I met with Tyson last month at the World Government Summit in Dubai, he made it clear that the plan to create a civilization on Mars is entirely absurd.

His reasoning is simple: Mars is entirely inhospitable to life as we know it.

First of all, that means no one will want to live there. Humans generally like to live in places that aren't quite so, well, deadly. "We’d rather stay where it is warm and comfortable," he said.

This simple reasoning explains why we don't find populated cities dotting the landscapes at Earth's poles. Antarctica is both warmer and wetter than any place on Mars, and we don't exactly see people lined up to live in the Arctic tundra.

We won't see cities flourishing on Mars for the same reason, Tyson says. Like the icy recesses of our own planet, Tyson says that some humans will venture to Mars for short visits, but they won't remain for long. "Definitely, we'll visit as a vacation spot. [But] I'm skeptical that you'll find legions of people that will go there and want to stay," he said.

"I'm skeptical that you'll find legions of people that will go there and want to stay."

But it's not just that humans would find Mars an unappealing home. According to Tyson, humans can’t colonize Mars.

The Red Planet has a notoriously thin atmosphere and no global magnetic field. As a result, deadly cosmic rays and UV radiation shower the Martian surface, transforming the soil into a "toxic cocktail" of chemicals and causing temperatures to plunge to minus 62 degrees Celsius (minus 80 degrees Fahrenheit).

To survive under these deadly conditions, humans would require "an entire infrastructure in which you live that mimics Earth," Tyson says—and that's pretty much impossible to create on a global scale. Instead of setting our sights on generations of humans living on Mars, Tyson says we should hope for "just an Earth outpost" at best.

So, will anyone actually colonize Mars? Tyson isn't optimistic. "My read of history tells me, no. Not because I don't want it to be so. I'm just a realist about this."

In a speech later that day, Tyson called for "a rational assessment" of our ability to settle space and railed against those who make predictions based on "deeply delusional premises."

To those at the helms of SpaceX, Mars One, and NASA, going to Mars probably doesn't seem delusional. It just requires more preparation. But if colonizing Mars isn't possible because of humans' biology, well, maybe they will have to reassess after all.