Apollo Astronaut: It Would Be "Stupid" to Send People to Mars

"What's the imperative? I don't think the public is that interested." 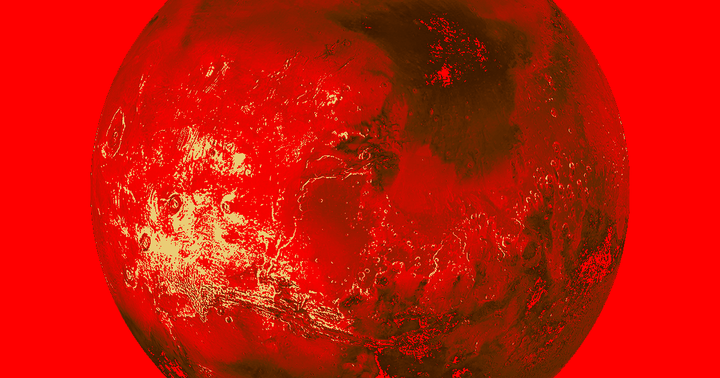 According to one of the astronauts aboard NASA's 1968 Apollo 8 mission, it would be "stupid" and "almost ridiculous" to pursue a crewed mission to Mars.

"What's the imperative? What's pushing us to go to Mars? I don't think the public is that interested," said Bill Anders, who orbited the Moon before returning to Earth 50 years ago, in a new documentary by BBC Radio 5 Live.

Anders argued that there are plenty of things that NASA could be doing that would be a better use of time and money, like the unmanned InSight rover that recently touched down to study Mars' interior. The comments, by one of the most accomplished space explorers in human history, illustrates a deep and public philosophical rift about whether the future of spaceflight will be characterized by splashy crewed missions or less expensive automated ones.

The crux of Anders' argument on the BBC boils down to his perception that NASA is fueling a vicious cycle of highly-publicized missions that bolster its image, improve its funding, and attract top talent so that it can launch more highly-publicized missions. Sending an astronaut to Mars would dominate the news cycle, but wouldn't push the frontier of practical scientific knowledge, Anders argued — a mismatch, essentially, between the priorities of NASA and those of the public.

That skepticism places Anders among the ranks of other high-profile critics of NASA, Elon Musk's SpaceX, and Jeff Bezos' Blue Origin — all three of which have set their sights on the Red Planet.

For instance, science communicator and advocate Bill Nye predicted last year that no layperson would want to settle Mars. Nye also doubled down last month to say that anyone planning on terraforming Mars must be high on drugs.

But Anders' own Apollo 8 crewmate Frank Borman disagreed, arguing in the documentary that crewed exploration is important.

"I'm not as critical of NASA as Bill is," Borman told BBC. "I firmly believe that we need robust exploration of our Solar System and I think man is part of that."

However, even Borman draws the line somewhere between exploration and settlement.

"I do think there's a lot of hype about Mars that is nonsense," Borman said. "Musk and Bezos, they're talking about putting colonies on Mars. That's nonsense."

More on reaching Mars: Four Legal Challenges to Resolve Before Settling on Mars

Read This Next
Carbon-Based
NASA Rover Finds New Potential Evidence for Ancient Life on Mars
Futurism
Free Speech Champion Elon Musk Fires Employees for Criticizing Him
Astronaut Drip
We Just Got the First Peek at NASA's Artemis Moon Landing Suits
NDA
SpaceX Reportedly Paid $250,000 to Silence Sexual Allegations Against Elon Musk
Round Trip
NASA Reveals Early Plans to Send Two Astronauts to Surface of Mars
More on Off World
Gifts For Mom
Yesterday on the byte
Jeff Bezos Ditches Plan to Land Rockets on Ship Named for His Mom
space salad
Yesterday on the byte
NASA Astronauts Harvest Delicious Space Vegetables, Sans Soil
Going Down
Jun 25 on the byte
Scientists Say the Sun Is Acting Up and Causing Satellites to Fall Back to Earth
READ MORE STORIES ABOUT / Off World
Keep up.
Subscribe to our daily newsletter to keep in touch with the subjects shaping our future.
+Social+Newsletter
TopicsAbout UsContact Us
Copyright ©, Camden Media Inc All Rights Reserved. See our User Agreement, Privacy Policy and Data Use Policy. The material on this site may not be reproduced, distributed, transmitted, cached or otherwise used, except with prior written permission of Futurism. Fonts by Typekit and Monotype.