Boeing Is Prepping to Launch Astronauts to Space Station

Boeing is hot on SpaceX's heels. 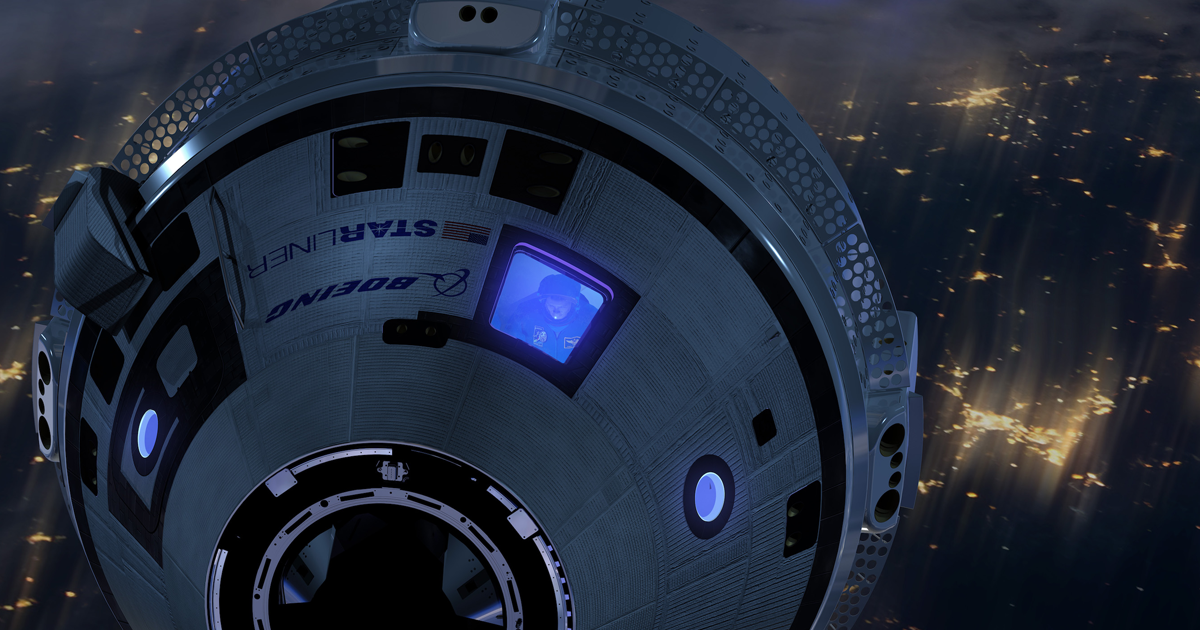 SpaceX isn't the only company attempting to revolutionize the way we send astronauts to space.

Boeing, the largest aerospace company in the world, is looking to send up its own take on a passenger spacecraft, which it calls the CST-100 Starliner, to the International Space Station. Boeing is planning to launch the capsule — uncrewed for now, as a test flight — on an Atlas 5 rocket as early as April, according to NASA.

Boeing's commercial spacecraft shares similarities with SpaceX's Crew Dragon: it can seat a crew of seven, be operated from a central control panel, dock autonomously with the ISS, and can also be reused multiple times.

Boeing's Starliner is the result of a $4.2 billion contract signed with NASA in 2014 under the Commercial Crew Program. SpaceX signed a very similar contract for its Crew Dragon mission at the same time, although it paid SpaceX just $2.4 billion.

Race to the ISS

SpaceX successfully launched its passenger spacecraft to the ISS on Saturday, becoming the first ever private American spacecraft to do so.

Boeing has tests to complete before it takes off.

"There still are many critical steps to complete before launch and while we eagerly are anticipating these launches, we will step through our test flight preparations and readiness reviews," Kathy Lueders, Commercial Crew Program manager at NASA said in an official update.

SpaceX is planning a crewed test flight in July of this year. Boeing wants to do the same only a month later — and its first pilots are already on stand-by.

Editor's note: This story has been edited to remove the mistaken claim that this was the first time an astronaut has launched from American soil since 2011; in reality, the only traveler on SpaceX's ISS mission was a dummy.

More on Starliner: NASA Announces The First Commercial Astronauts to Pilot The Next Generation of Spacecraft

Read This Next
Futurism
Free Speech Champion Elon Musk Fires Employees for Criticizing Him
NDA
SpaceX Reportedly Paid $250,000 to Silence Sexual Allegations Against Elon Musk
Captain Planet
Buying Twitter Seems Like a Huge Distraction for Elon Musk's Mars Plans
Billionaire Bailout
Bernie Sanders Working to Block Jeff Bezos From NASA Moon Contract
Flying on Broomsticks
Russia Mocked for Cutting US Off From Its Outdated Rocket Engines
More on Off World
Going Down
Jun 25 on the byte
Scientists Say the Sun Is Acting Up and Causing Satellites to Fall Back to Earth
Target Practice
Jun 24 on the byte
NASA Spots Location Where Derelict Rocket Smashed Into the Moon
Fly Already
Jun 24 on the byte
SpaceX Finally Lifts Super Heavy Booster Using Giant Robot Arms
READ MORE STORIES ABOUT / Off World
Keep up.
Subscribe to our daily newsletter to keep in touch with the subjects shaping our future.
+Social+Newsletter
TopicsAbout UsContact Us
Copyright ©, Camden Media Inc All Rights Reserved. See our User Agreement, Privacy Policy and Data Use Policy. The material on this site may not be reproduced, distributed, transmitted, cached or otherwise used, except with prior written permission of Futurism. Fonts by Typekit and Monotype.