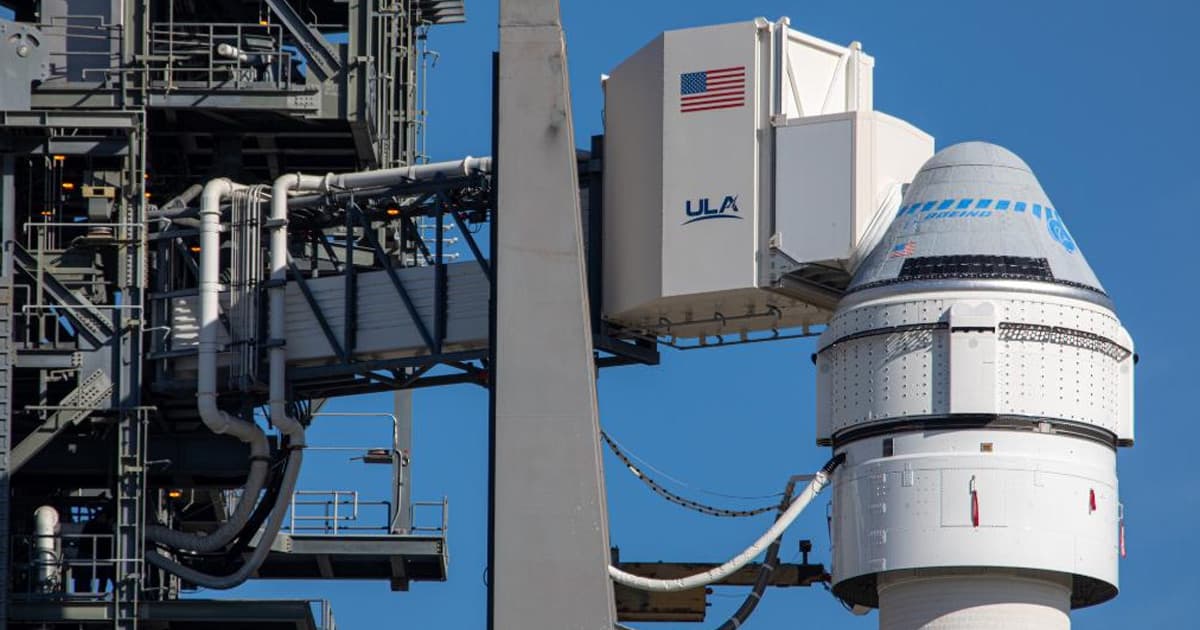 This Week, Boeing Will Try to Dock Its Space Taxi With the ISS

"Being on the cusp of this huge moment in history is really exciting," said a NASA spokesperson.

"Being on the cusp of this huge moment in history is really exciting," said a NASA spokesperson.

The ship is already sitting atop a United Launch Alliance Atlas V rocket at Complex 41. The only passenger on Friday will be "Rosie the Astronaut," a flight test dummy that is outfitted with a host of sensors to measure critical data — information, Boeing and NASA hope, that will clear the way for the first passenger-carrying flights from US soil since the demise of the Space Shuttle program.

Launching into the future 🚀! When @BoeingSpace’s #Starliner spacecraft launches on Friday, it will be a major step toward returning human spaceflight 👩‍🚀👨‍🚀 to America. The uncrewed mission will dock with the @Space_Station & return to Earth: https://t.co/GuiQwKrpCK pic.twitter.com/FtZBBv7WSr

It will otherwise be a pretty empty flight. Starliner can fit up to seven passengers and is designed to stay in orbit for up to seven months and be used up to ten times.

"Being on the cusp of this huge moment in history is really exciting," Trip Healey, NASA's mission manager for the test flight, said in a statement.

Race to the ISS

Friday's so-called "Orbital Flight Test" will test the passenger spacecraft's guidance, navigation, and control systems. It will also attempt to dock with the Space Station to "prove out its autonomous mission capability" according to a NASA press kit.

READ MORE: SpaceX's biggest rivals are about to test-launch a new astronaut space taxi for the first time [Business Insider]