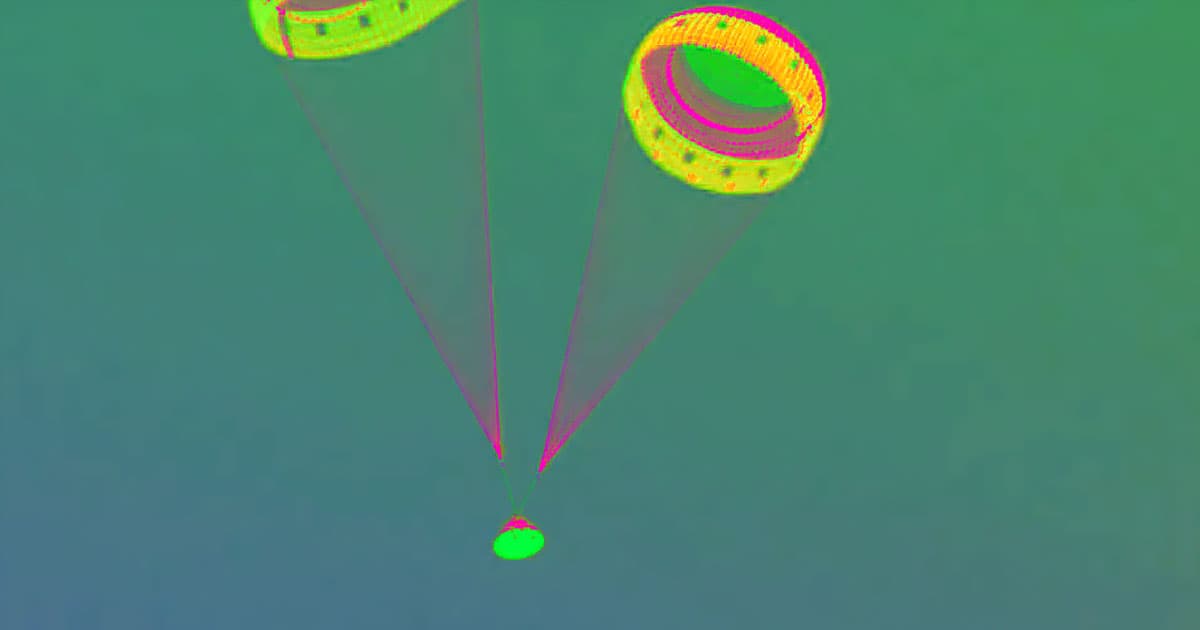 Luckily, it had backups.

Luckily, it had backups.

In 2014, NASA awarded aerospace company Boeing a $4.2 billion contract to build a spacecraft for shuttling astronauts to and from the International Space Station.

On Monday, that spacecraft, now dubbed the CST-100 Starliner, flew for the first time as part of a launch abort test — and during the test, one of the abort system's parachutes failed to deploy.

Monday's test at White Sands Missile Range in New Mexico started with Starliner lifting off from a test stand and firing its launch abort engines for five seconds.

It reached a speed of 1,046 kilometers per hour (650 miles per hour) and a height of about 1,350 meters (4,429 feet) before two of its three parachutes deployed, allowing the capsule to drift to the ground.

In a statement released after the test, Boeing said it was too early to know why the third parachute didn't open — a situation it characterized as "a deployment anomaly, not a parachute failure."

Boeing didn't seem too bothered by the anomaly, though, noting that having two of the three parachutes deploy was "acceptable for the test parameters and crew safety" and calling the test "a milestone achievement for our CST-100 Starliner team, for NASA, and for American human spaceflight."

READ MORE: Starliner flies for the first time, but one of its parachutes failed to deploy [Ars Technica]

More on Starliner: Boeing Is Prepping to Launch Astronauts to Space Station