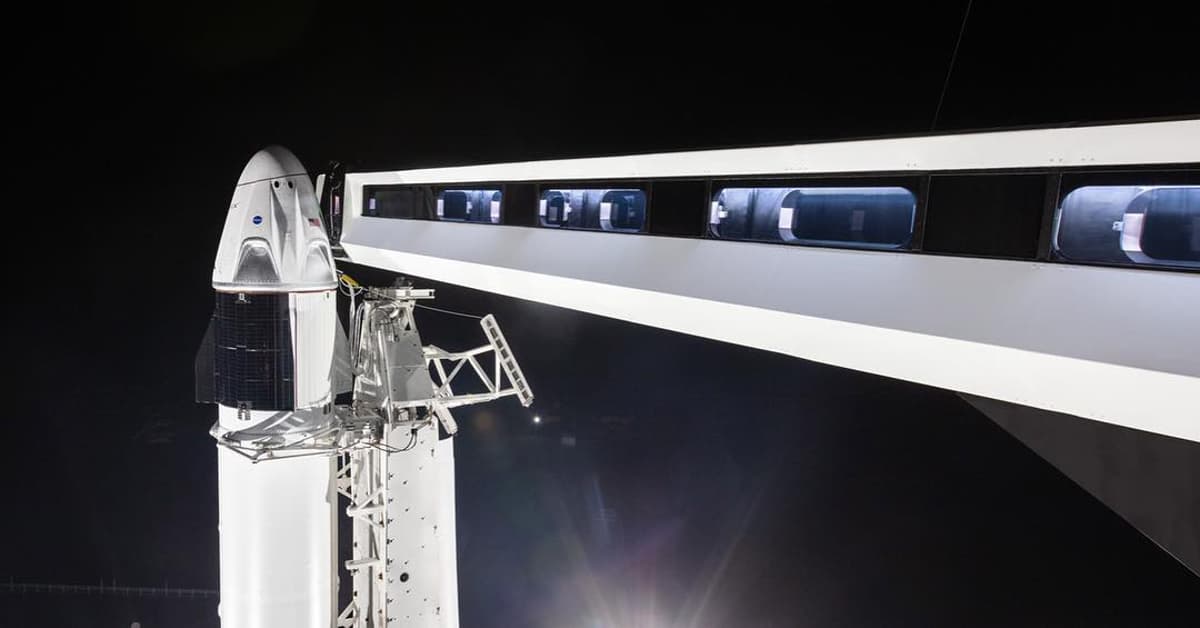 A photo posted to SpaceX's Instagram account on Friday showed a raised a Falcon 9 rocket and Crew Dragon spacecraft at NASA’s Kennedy Space Center Launch Complex 39A, eight years since the last space shuttle launched from the same pad.

Once the company's first space-worthy Crew Dragon vehicle undergoes a series of fit checks it will be set to take off for its first orbital test flight. The initial launch will be an un-crewed test flight intended to be a demonstration of the Crew Dragon's capabilities. Known as Demo-1, the test flight was originally targeted for January 17th meaning we may see the Crew Dragon spacecraft take flight for the first time within the next couple of weeks. If all goes well with Demo-1, and an additional upcoming abort test, SpaceX will have completed a significant milestone in preparing to shuttle NASA astronauts to the International Space Station (ISS) in a launch slated to take place in June 2019.

Flight of The Dragon

Crew Dragon was developed as part of NASA's Commercial Crew Program which challenged American aerospace companies to create innovative methods of shuttling astronauts to and from the ISS. The program allows NASA to focus its attention on vehicle design and deep space missions while remaining committed to the ISS, which the agency considers important to future research. A successful crewed mission would restore American launch capabilities and end NASA's dependence on Russian Soyuz spacecraft for transporting its personnel.

Aerospace industry giant Boeing is also working on a spacecraft as part of the Commercial Crew Program. It's CST-100 craft, which shares some similarities with the Crew Dragon, is scheduled for an un-crewed launch in March 2019 and a crewed launch in August 2019, according to NASA. If all goes well with both companies tests, we may see the first crewed missions take place later this summer.

More on Crew Dragon: Here’s What We Know About SpaceX’s Crewed Dragon Spacecraft