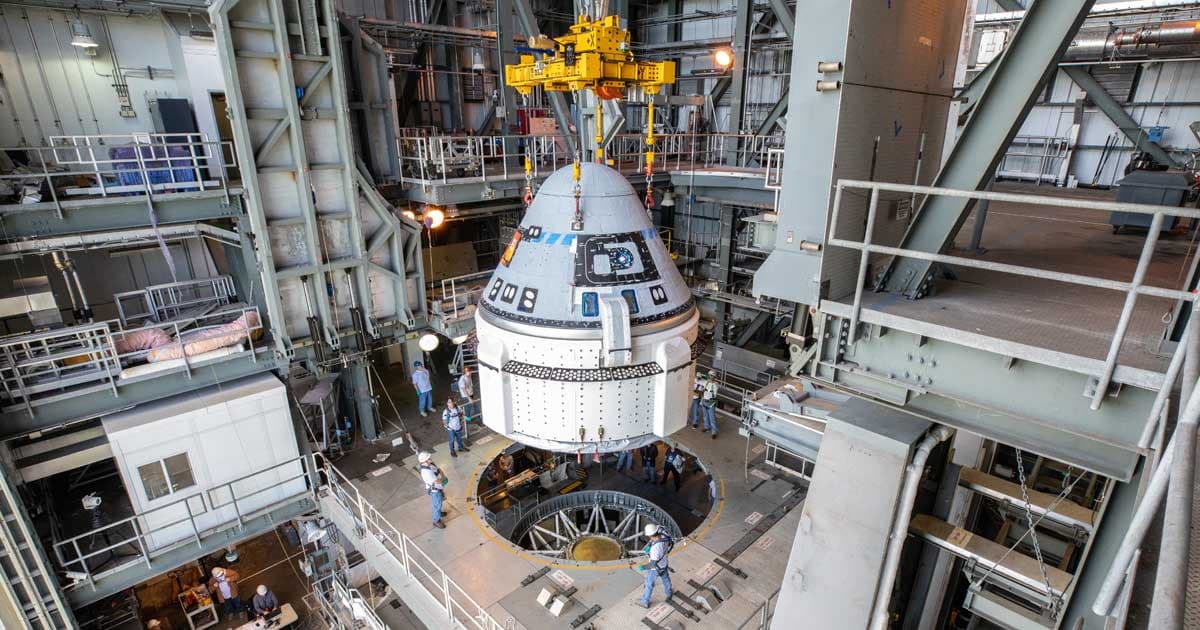 Starliner is just weeks away from its first trip into space.

Starliner is just weeks away from its first trip into space.

There, Boeing attached Starliner to the United Launch Alliance Atlas V rocket that will launch the passenger capsule into space on December 17 — putting the craft one step closer to ferrying astronauts to the International Space Station for NASA.

Starliner's first trip into space won't include any human crew members, but it will have a test dummy modeled after WWII icon Rosie the Riveter on board.

If all goes as planned, the spacecraft will automatically dock with the ISS following the December 17 launch. It'll return to Earth shortly after, using a system of parachutes and airbags to ensure a soft landing at one of five possible locations in the United States, The Verge reports.

A Tale of Two Capsules

The other spacecraft being developed for NASA's Commercial Crew Program, SpaceX's Crew Dragon, completed its first test launch in March, successfully docking with the ISS before eventually splashing down in the Atlantic Ocean as planned.

And now, Boeing's Starliner is one step closer to its own judgement day.

More on Starliner: Boeing Is Prepping to Launch Astronauts to Space Station