SpaceX and Boeing's spacecraft couldn't look more different on the inside. 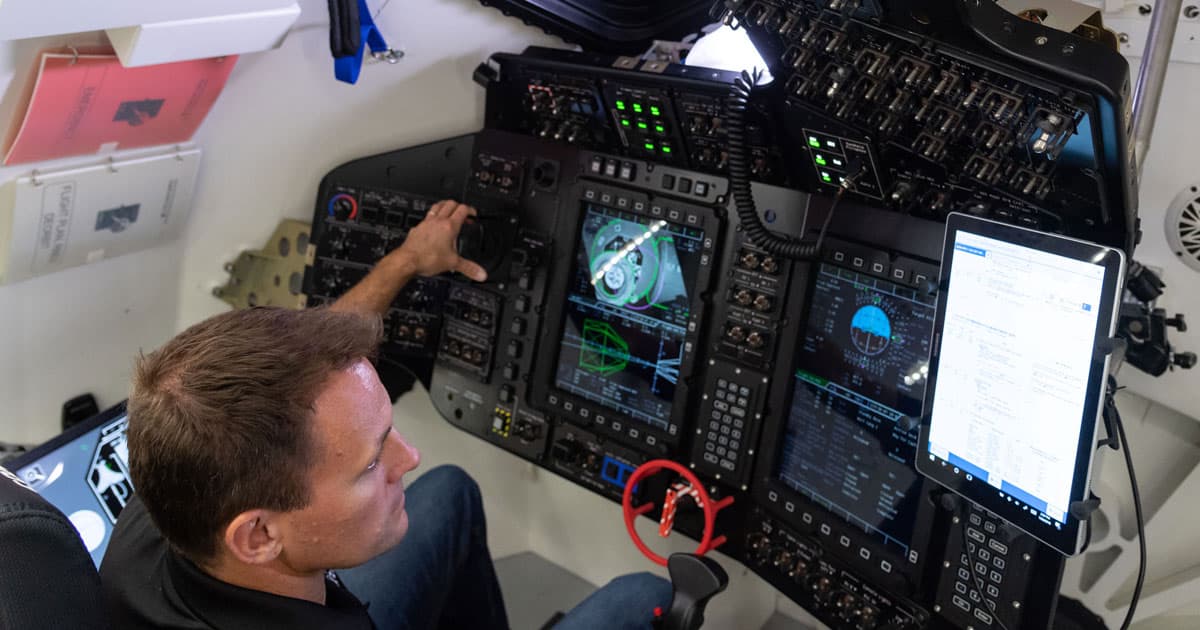 A decade ago, NASA challenged private vendors to develop concepts for spacecraft that could carry US and international astronauts to and from the International Space Station. In 2014, it awarded those contracts to Space and Boeing.

Ten years later, SpaceX already has a successful launch under its belt thanks to its futuristic Crew Dragon vehicle and Falcon 9 rocket.

But Boeing has been struggling with getting its spacecraft, the CST-100 Starliner, off the ground. The two corporations have been working in parallel, yet their approaches — and designs — are strikingly different.

With that news, we also got a first-person glimpse at the inside of the Starliner’s cockpit — and the interface couldn’t look more different when compared to the sleek touchscreens used to operate SpaceX’s Crew Dragon.

During SpaceX’s historic May 30 launch, NASA astronauts Bob Behnken and Doug Hurley appeared to interact with the array of three side-by-side touchscreens only minimally. In fact, Crew Dragon takes care of most of the flying. The two pilots only briefly took over manual control twice during the test launch.

“It’s probably a dream of every test pilot school student to have the opportunity to fly on a brand-new spaceship, and I’m lucky enough to get that opportunity with my good friend here,” said Behnken in a NASA broadcast several weeks preceding the launch.

“Of course, you know, growing up as a pilot my whole career, having a certain way to control the vehicle, this is certainly different,” Hurley added.

The sleek black and white SpaceX space suits also got a “five star rating” by Behnken and Hurley. “I bet you we’ve donned and offed those suits a couple hundred times,” Hurley said during an interview from on board the space station on June 1. “They were actually much easier to get in and out of in zero G.”

Just like its cockpit, Starliner’s blue space suit also looks strikingly different. The suits are covered in Boeing’s trademark blue. The overall look however is arguably a far cry from SpaceX’s divisive “tuxedo-like” take, with a far less flattering shape and boots, courtesy of sports outfitter Reebok, that already look a little dated.

NASA has already announced the three American astronauts who will be on board the first planned crewed test flight on board Boeing’s Starliner, slated for April 2021.

But that date may be subject to change. Thanks to a test flight that almost ended in a “catastrophic failure,” Boeing decided to redo its unsuccessful uncrewed test flight in April. A date for that second uncrewed launch has yet to be announced.

Read This Next
Overloaded
Whiny Space Tourists Say They Were Too Busy on the Space Station
Mars Attack
Scientists Worried About Military Facility to Store NASA Mars Rocks
Captain Planet
Buying Twitter Seems Like a Huge Distraction for Elon Musk’s Mars Plans
Shuttling Russians
NASA Deciding Whether Russian Cosmonaut Is Allowed on SpaceX Launch
Futurism
NASA Astronaut Says He Candidly Discussed Ukraine Invasion With Cosmonauts
More on Off World
Knock Knock
May 14 on the byte
Mars Rover Spots Something That Looks an Awful Lot Like a Door
Not Based
May 13 on the byte
Boeing’s Attempt to Compete With SpaceX Is Even More Cursed Than We Thought
Silver Linings
May 13 on the byte
NASA Astronauts Say There Was a Bright Side to Almost Getting Blown Up
READ MORE STORIES ABOUT / Off World
Keep up.
Subscribe to our daily newsletter to keep in touch with the subjects shaping our future.
+Social+Newsletter
TopicsAbout UsContact Us
Copyright ©, Camden Media Inc All Rights Reserved. See our User Agreement, Privacy Policy and Data Use Policy. The material on this site may not be reproduced, distributed, transmitted, cached or otherwise used, except with prior written permission of Futurism. Fonts by Typekit and Monotype.