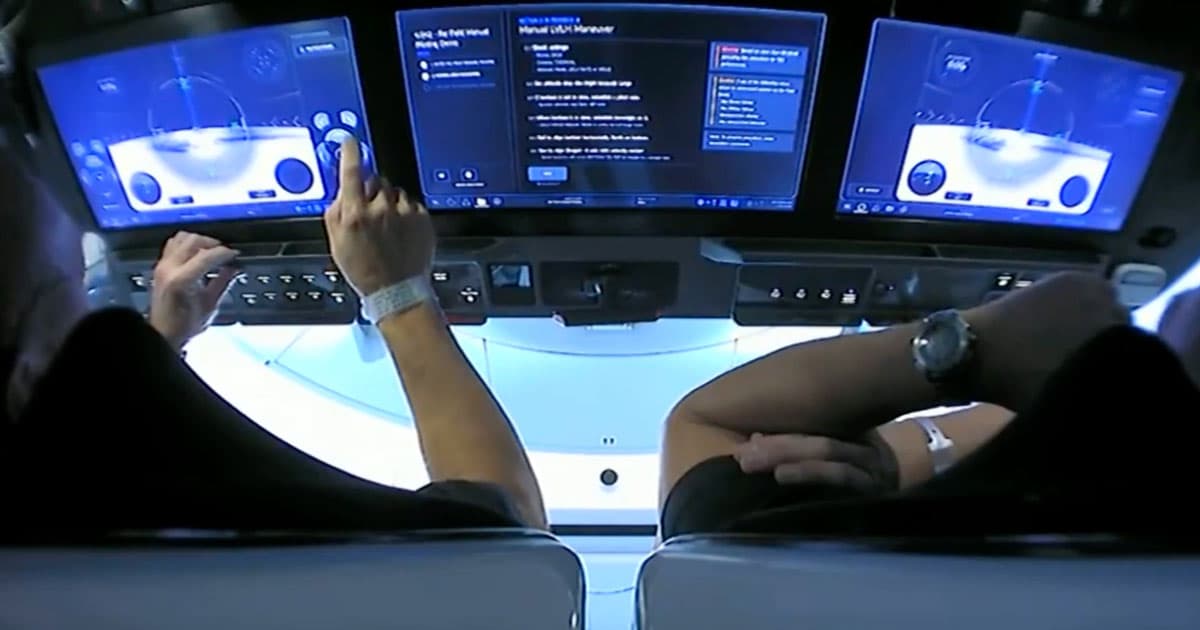 Controlling SpaceX's Crew Dragon is Like Playing A Video Game

It was a spectacular sight: on Sunday, SpaceX became the first commercial entity to safely deliver astronauts to the International Space Station.

It's a new chapter in human spaceflight. And it's a future in which touchscreens and autonomous wayfinding lead the way — a far cry from the mazes of buttons, levers, and readouts we've seen in spacecraft cockpits preceding SpaceX's futuristic Crew Dragon capsule.

In fact, SpaceX claims its recently released browser-based simulator is more or less the same experience. In a notice shown before loading the simulator, the company claims the game uses the "controls of the actual interface."

NASA planned for the two astronauts to take control twice during its journey to the ISS: once while the spacecraft was coasting in orbit, and again when it was about a kilometer below the station.

Most of the time, excluding the unlikely event of an emergency, Crew Dragon takes care of the navigating automatically. In fact, docking procedures with the space station were carried out autonomously on Sunday morning.