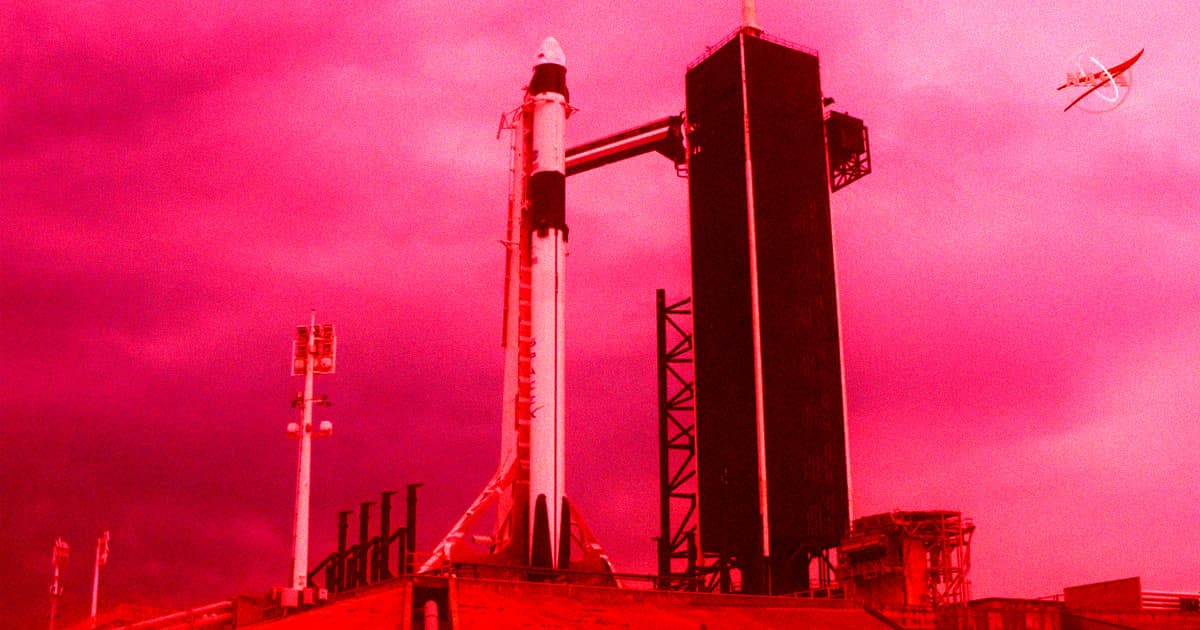 SpaceX and NASA had to scrub their historic launch to the International Space Station this afternoon due to bad weather.

Officials deemed the weather to be unsafe for liftoff with just 16 minutes left on the countdown.

Standing down from launch today due to unfavorable weather in the flight path. Our next launch opportunity is Saturday, May 30 at 3:22 p.m. EDT, or 19:22 UTC

The culprit: the "strength of electric fields in the atmosphere" was deemed too high in the nearby skies.

"Unless you can give us another 10 minutes (beyond T-0) we're not going to get there today," a SpaceX official could be heard on NASA's official stream. But a hard 4:33 pm "instantaneous launch window" meant the entire launch had to be delayed.

NASA and SpaceX have set alternative launch windows for 3:22 pm EDT on Saturday, May 30, and 3 pm EDT on Sunday, May 31.

Launching astronauts requires the weather at the launch site to be clear enough for takeoff, and for ocean waters at multiple possible splashdown sites to also be calm.

That's to ensure that NASA astronauts Bob Behnken and Doug Hurley, who will be on board SpaceX's Crew Dragon spacecraft, can be recovered safely if they need to make an emergency landing.

At 10 a.m. this morning, the Air Force’s 45th Weather Squadron, the unit in charge of monitoring the weather near NAS’s Kennedy Space Center in Florida, said that a low pressure system could "threaten the Space Coast with showers and thunderstorms this afternoon."

Severe weather has put astronauts being launched into space at risk before. Lightning damaged nonessential components of the Saturn V rocket being used during the Apollo 12 mission in 1969, according to the Washington Post.

If all goes according to plan, the demonstration launch will mark the first time astronauts have launched to orbit from American soil in nearly a decade.