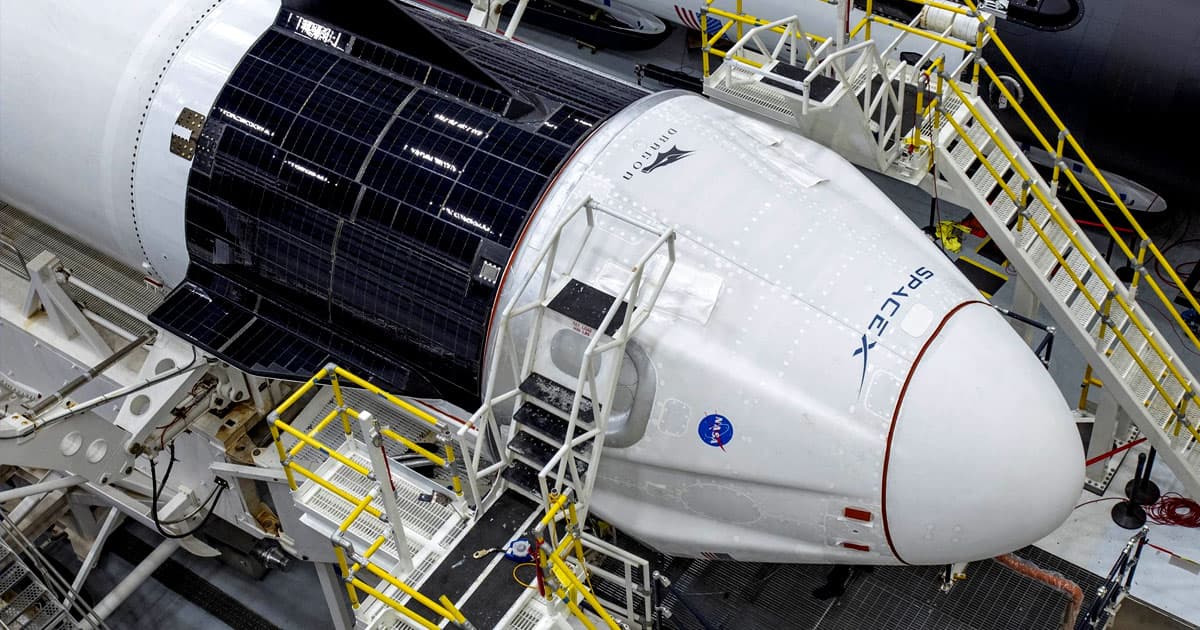 All systems are go for next week's historic launch.

All systems are go for next week's historic launch.

NASA just gave SpaceX the go-ahead for its historic launch scheduled for May 27.

The plan is to send NASA astronauts Bob Behnken and Doug Hurley to the International Space Station using the company's Crew Dragon capsule, lifted by a SpaceX Falcon 9 rocket. Liftoff is slated for 4:33 pm Eastern from NASA's Kennedy Space Center.

If successful — and the weather plays along — the demonstration launch could mark the first time astronauts have been sent to space from American soil in nearly a decade.

"We are go for launch!" NASA administrator Jim Bridenstine wrote in a tweet. "The Flight Readiness Review has concluded and NASA's SpaceX Crew Dragon mission is cleared to proceed toward liftoff."

The news comes after NASA's head of human spaceflight Douglas Loverro mysteriously resigned. Loverro was meant to lead the readiness review for the Crew Dragon mission, according to The New York Times. He did, however, claim in a number of interviews that his departure had nothing to do with next week's SpaceX launch.

SpaceX has already demonstrated the flight worthiness of its Crew Dragon spacecraft last spring, albeit without any astronauts on board.

More on the mission: SPACEX SAYS “HIGH CHANCE” HUMAN LAUNCH WILL BE PUSHED BACK