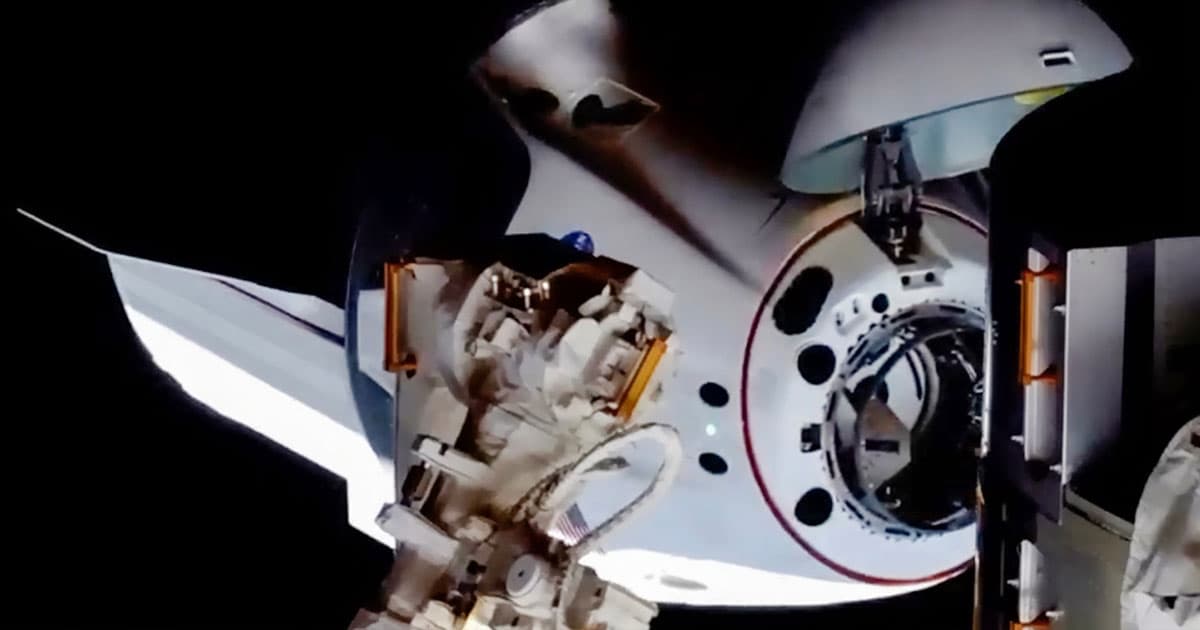 On May 30, SpaceX pulled off a historic launch.

The space company launched NASA astronauts Bob Behnken and Doug Hurley to the International Space Station, the first time astronauts were sent into orbit from American soil since 2011.

And their ride, SpaceX's Crew Dragon spacecraft, is now being put through its paces as it rests docked to the space station — including a mysterious "test" that could take the form of a dry-run escape from the station.

"Crew Dragon has been doing great," Kathy Lueders, NASA's new head of human spaceflight, said during a Q&A on Thursday. "Every week it wakes up and we do checkouts, and then it goes back into what we call quiescent mode, which is kind of like sleep mode."

In a matter of weeks, NASA is planning to conduct a "demonstration" of the Crew Dragon with four of the five current ISS crew members on board. According to Teslerati, that demonstration will "rehearse" an "emergency" in which the crewmembers will simulate a last-minute escape from the space station.

NASA has yet to publicly reveal further details about the test, though. A spokesperson declined to provide additional details to Futurism.

The news comes after NASA announced it will allow SpaceX to reuse both Crew Dragon capsules and Falcon 9 rockets for future astronaut missions, which would be "beneficial from a safety and/or cost standpoint," as NASA spokesperson Stephanie Schierholz told SpaceNews earlier this week.

According to Lueders, NASA is still eyeing an early August return for Behnken and Hurley. While the May launch was undoubtedly a great accomplishment, SpaceX hasn't finished the mission until both astronauts are safely back on the ground.