"This is the culmination of a dream." 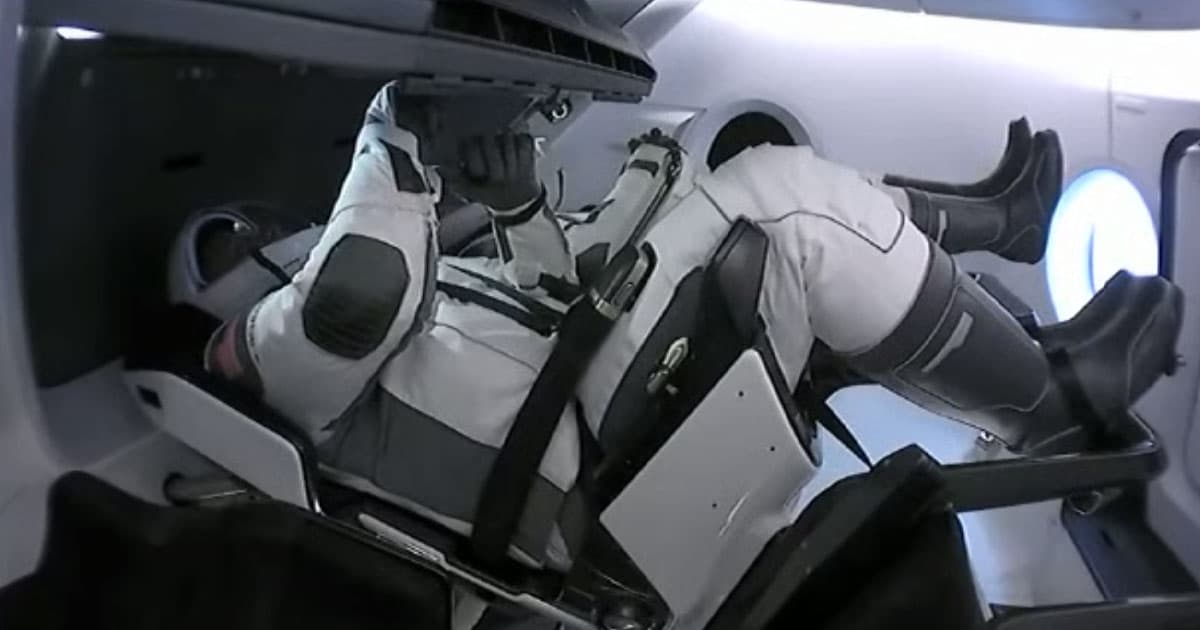 A global pandemic couldn't stop them. Storm clouds and downpours may have delayed their first shot at making history, but the second time was the charm.

"I'm breathing a sigh of relief, but I will also tell you: I'm not gonna celebrate until Bob and Doug are home safely," NASA administrator Jim Bridenstine said.

The launch means that SpaceX has ushered in a new era in space travel, by becoming the first for-profit group to launch human astronauts into orbit inside a commercial spacecraft. Adding to the glamor, it's also the first time astronauts have been sent to the International Space Station from U.S. ground since the retirement of NASA's Space Shuttle program in 2011.

NASA astronauts Bob Behnken and Doug Hurley fist bumped as they reached orbit on board a Crew Dragon spacecraft atop a SpaceX Falcon 9 rocket from the historic Launch Complex 39A at the Kennedy Space Center in Cape Canaveral, Florida. Nine minutes later, the spacecraft entered orbit.

The reusable first stage of the company's Falcon 9 rocket safely made it back to the surface as well, landing on the drone ship "Of Course I Still Love You" — the space company's signature move.

"This is the culmination of a dream," SpaceX CEO Elon Musk told CBS during a Tuesday interview. "This is a dream come true. In fact, it feels surreal. If you asked me when starting SpaceX if this would happen, I’d be like, one percent — 0.1 percent chance."

The rocket launch site was originally built to launch NASA's Apollo missions to the Moon and was later modified to launch the agency's Space Shuttle program. And today, of course, it was used by SpaceX.

Arrival at the International Space Station (ISS) is slated for Sunday around noon Eastern time.

Today's launch is overshadowed by the ongoing coronavirus pandemic, which has so far claimed the lives of more than 350,000 people worldwide. Its effects can be seen everywhere, and that includes NASA's operations.

Mission Control is closely monitoring the launch while socially distanced from one another in different rooms. Behnken and Hurley had to resort to giving their families a "virtual hug" from six feet away prior to their first attempt on Wednesday — to ensure that the coronavirus won’t make it into space.

The launch, dubbed Demo-2, is part of NASA's Commercial Crew program, which first started in 2010. SpaceX and aerospace giant Boeing established themselves as the two companies to go under contract with NASA to develop spacecraft meant to carry US and international astronauts to and from the ISS.

SpaceX has an impressive track record. As of March, SpaceX has completed 20 resupply trips to the ISS using its Dragon class cargo spacecraft. Today's launch marks the first time astronauts have ridden aboard the company's passenger variant.

To keep Behnken and Hurley safe, SpaceX developed a rocket-propelled abort system that could carry the spacecraft away from the rocket in case of emergency.

A "launch abort" test last September may have ended in a spectacular, but intentional, fireball in the sky — but the test showed that the systems are in place in case anything goes awry.

More on the launch: WATCH THE ASTRONAUTS GIVE THEIR KIDS VIRTUAL HUGS BEFORE LAUNCH