"And here we are today, in an empty room, talking to cameras." 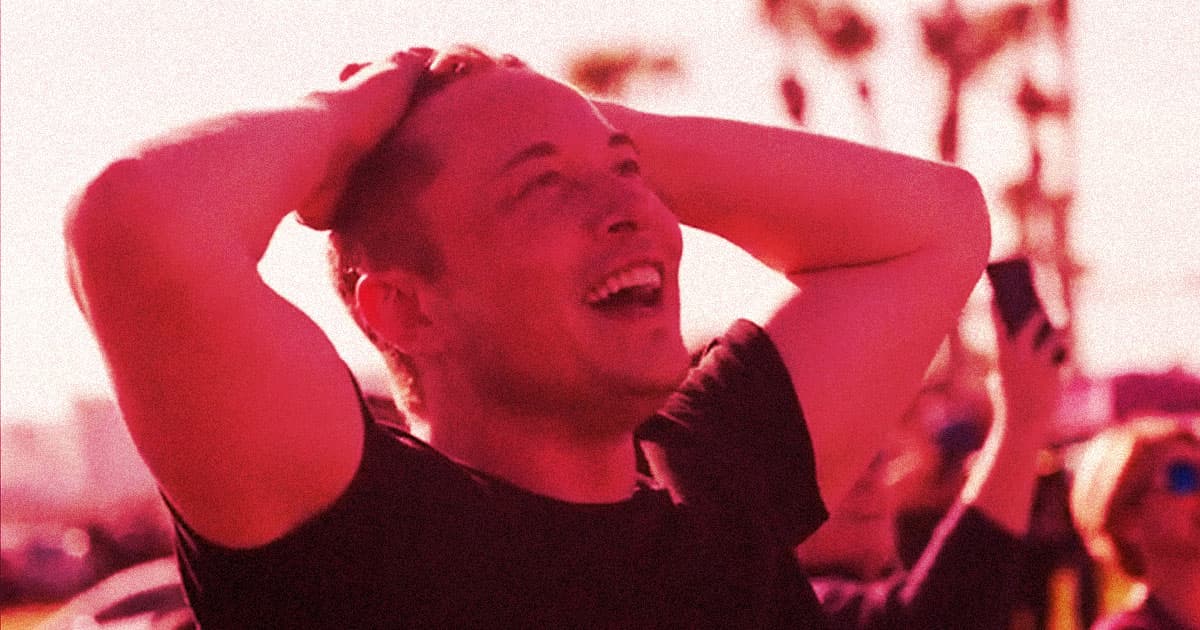 This morning's NASA briefing, leading up to SpaceX's historic Crew Dragon launch known as Demo-2, looked a little different. There were no crowds and no cheers; just a bare media room with NASA leaders spread six feet apart.

If the launch is successful, the tireless workers who made it happen won't even be able to embrace each other in Mission Control — a melancholy reflection of the global pandemic that isn't lost on NASA leadership.

Demo-1 was SpaceX's successful, albeit uncrewed, launch of its Crew Dragon spacecraft last spring. The Launch Abort Test last September ended in a spectacular, but intentional, fireball in the sky.

"And here we are today, in an empty room, talking to cameras," he added. "And all of us are six feet apart."

Sobering image of how different this launch will be from what we envisioned pic.twitter.com/2pE0DddgsO

The ongoing pandemic means that this year, massive crowds won't be gathering near the NASA Kennedy Space Center to watch history in the making.

In fact, NASA asked the public not to travel to the Space Center in Cape Canaveral, Florida.

The same caution will be present in the control room, where workers be working to ensure the safety of NASA astronauts Bob Behnken and Doug Hurley during their journey to the International Space Station.

Both pilots have been in quarantine since May 13.

"We need to make sure we are separating people as much as possible," Steve Stich, deputy manager of NASA’s Commercial Crew Program, said during a press call earlier this month, as reported by The Verge. "We’re looking at all the things where we can practice the guidelines for social distancing, and at the same time, launch this very important mission to the International Space Station."

The people inside Mission Control are now spread out, according to The Verge, with many operators in different rooms. Work stations are frequently disinfected. See-through plastic barriers have been set up to further separate them.

It's a sobering reminder of the devastating effects of the pandemic. But if all goes well, SpaceX will have achieved something great — with or without social distancing in effect.

READ MORE: How SpaceX and NASA are launching astronauts into space during a pandemic [The Verge]

More on the launch: Here’s How to Watch SpaceX Launch NASA Astronauts Into Orbit

Read This Next
Putting Things In Perspective
Amazing Artemis Photo Shows Every Human, Alive or Dead, Plus the Moon
Fighting Words
Retired NASA Astronaut Scott Kelly Dishes on Ukraine, Russia, and Moon Mission
Psychological Warfare
Experts Excoriate NASA Report Claiming James Webb Wasn't Homophobic
Big Impact
Meteorite Hit Mars So Hard NASA Thought It Was a Quake
Failure to Launch
Lawsuit Accuses NASA of Widespread Racial Discrimination
More on Off World
TTFN
Yesterday on the byte
Skkrt! NASA's Orion Heads Back to Earth, Leaves Moon in the Dust
Icy Comet Eruption
Yesterday on the byte
Astronomers Spot Volcano Erupting on a Distant Comet
RUD-dy
Yesterday on the byte
SpaceX Rocket Engine Explodes In a Green Blast
READ MORE STORIES ABOUT / Off World
Keep up.
Subscribe to our daily newsletter to keep in touch with the subjects shaping our future.
+Social+Newsletter
TopicsAbout UsContact Us
Copyright ©, Camden Media Inc All Rights Reserved. See our User Agreement, Privacy Policy and Data Use Policy. The material on this site may not be reproduced, distributed, transmitted, cached or otherwise used, except with prior written permission of Futurism. Articles may contain affiliate links which enable us to share in the revenue of any purchases made.
Fonts by Typekit and Monotype.