Here's How to Watch SpaceX Launch NASA Astronauts Into Orbit

The historic launch has been rescheduled for this weekend. Here's how to watch. 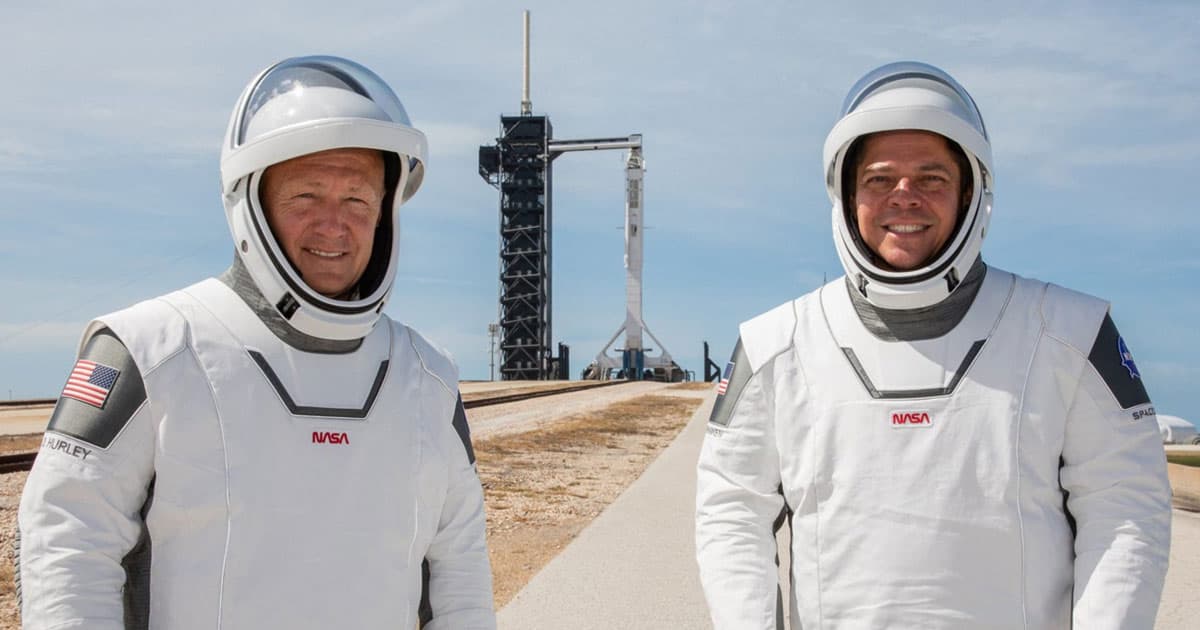 SpaceX had to scrub its first attempt at a historic journey — but it's about to try again.

If all goes according to plan — and the weather plays along — two NASA astronauts will hitch a ride on board a Crew Dragon spacecraft to the International Space Station at 3:22pm EST on Saturday, May 30, from NASA's Kennedy Space Center. And if that launch gets scrubbed due to weather, it'll be rescheduled for Sunday at 3:00pm EST.

If SpaceX succeeds, it will mark the first time astronauts travel to orbit from American soil since the retirement of NASA's Space Shuttle program in 2011.

In short, it's a rocket launch you won't want to miss — even if you're socially distancing at home.

You can watch continuous coverage about the launch on NASA TV starting at 12:15pm Eastern time on Wednesday.

SpaceX will also provide its own live coverage via its website.

NASA is also providing space geeks with a "virtual guest experience" as part of its "Launch America" initiative. The experience includes videos about astronaut training facilities, the Space Center's historic Launch Complex 39A, and the design and manufacturing of SpaceX's Crew Dragon spacecraft.