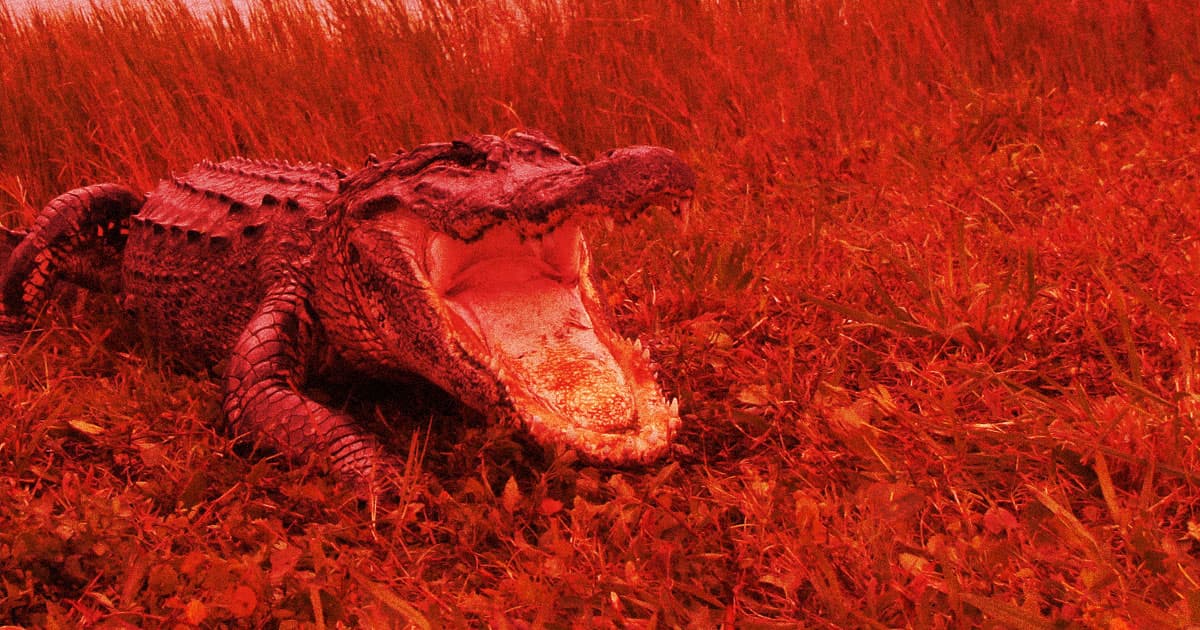 NASA Had to Chase an Alligator Off the SpaceX Launchpad

"There are gators that end up in the craziest places."

"There are gators that end up in the craziest places."

Officials had to chase a six foot alligator away from the historic Launch Complex 39A at NASA's Kennedy Space Center in Florida on Wednesday — the same day SpaceX was scheduled to make history by launching two NASA astronauts into space.

The launch later had to be scrubbed. But while preparations for the launch were still in progress, the alligator waltzed over and parked himself near the launch pad.

"There are gators that end up in the craziest places," Robb told WGN9 news. "They still have the ponds on the pad that they use to cool the pads off… those are natural ponds in that secure area that gators end up in all the time."

Out for a Stroll

"He had walked in the security gate and was just taking a stroll," Robb added. "I put a rope on him, caught him and he loaded up in the truck pretty easy."

SpaceX's launch had to be scrubbed due to less-than-favorable weather conditions. But the company will try again on Saturday afternoon — with or without gator removal.

More on the launch: Mission Control Is Socially Distancing During Today’s SpaceX Launch