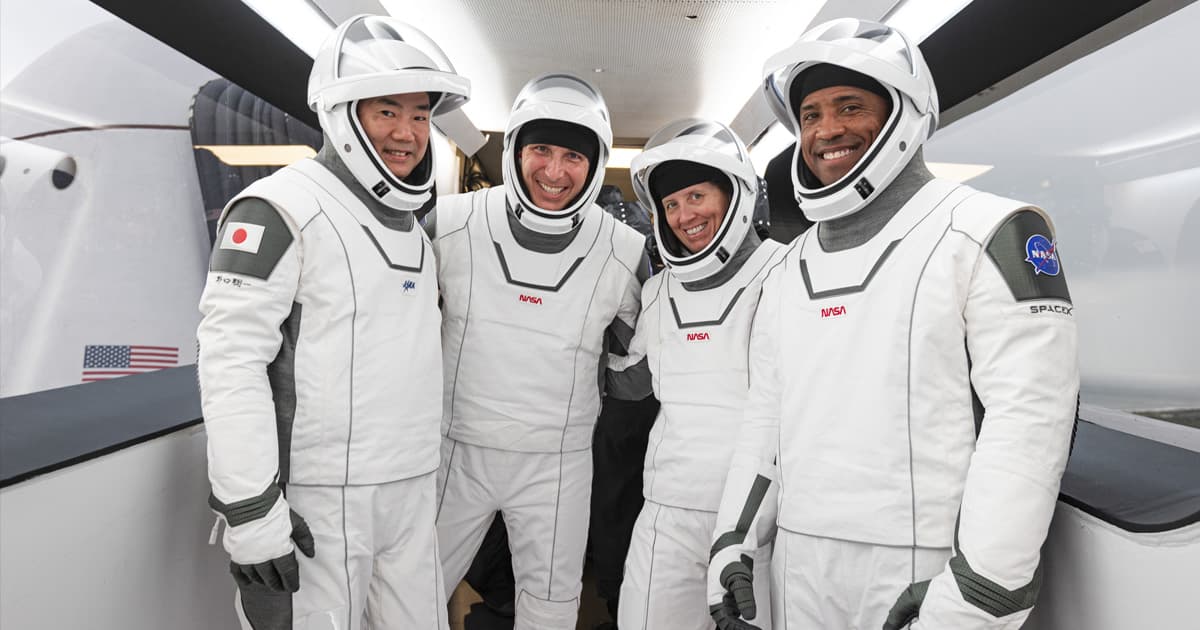 SpaceX is about to make history — again.

SpaceX is about to make history — again.

SpaceX is set to make history this evening with its Crew-1 launch. If successful, it could mark the first time an operational crew of astronauts has launched to the International Space Station from American soil since the retirement of the Space Shuttle program in 2011.

Liftoff is slated for 7:49 pm Eastern time from launch pad 39A at NASA's Kennedy Space Center in Florida. As always, the exact time will depend on the weather — and SpaceX is estimating a 50 percent chance that the launch will go off as planned.

Both NASA and SpaceX will provide live coverage of the event starting at 3:30 pm Eastern time. You can stream NASA's video here:

It's the second time a SpaceX Crew Dragon will lift off with passengers on board. In May, the Crew Dragon spacecraft, later dubbed "Endeavour," carried NASA astronauts Bob Behnken and Doug Hurley to the ISS.

Both astronauts made it safely back down to Earth in early August.

More on the launch: The Space Station Is About to Be so Crowded That One Astronaut Will Have to Sleep in the SpaceX Capsule

And Beyond
How NASA Got Price Gouged on the SLS, According to Its Former Second-in-Command
Yesterday
Read More
Rolling Coal
Space Travel Will Absolutely Gut the Environment, Scientists Warn
Jun 29
Read More
Carbon-Based
NASA Rover Finds New Potential Evidence for Ancient Life on Mars
Jun 28
Read More
+Social+Newsletter
TopicsAbout UsContact Us
Copyright ©, Camden Media Inc All Rights Reserved. See our User Agreement, Privacy Policy and Data Use Policy. The material on this site may not be reproduced, distributed, transmitted, cached or otherwise used, except with prior written permission of Futurism. Fonts by Typekit and Monotype.