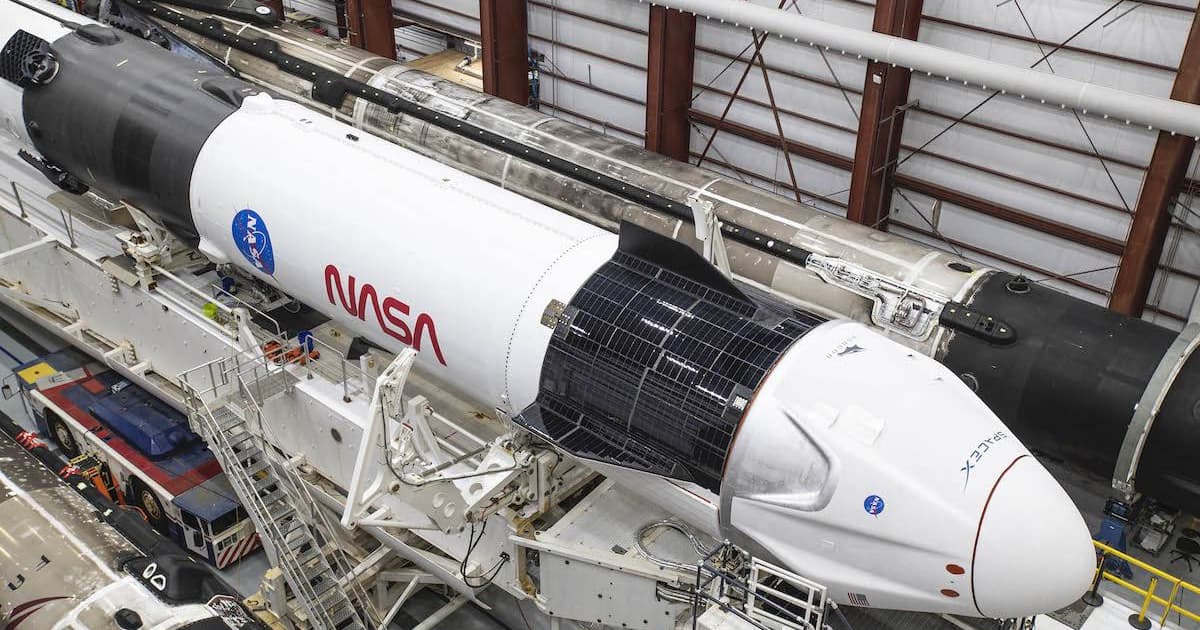 "I’m extremely proud to say we are returning regular human spaceflight launches to American soil on an American rocket and spacecraft."

"I’m extremely proud to say we are returning regular human spaceflight launches to American soil on an American rocket and spacecraft."

NASA has officially certified the first commercial spacecraft system capable of ferrying astronauts to and from the International Space Station.

On Tuesday, the agency signed a Human Rating Certification Plan for SpaceX's Crew Dragon spacecraft ahead of Saturday's historic Crew-1 launch. If successful, the mission will become the first ISS crew rotation mission launched from American soil since the retirement of the Space Shuttle program in 2011.

It's also the first time NASA has certified a human space travel system in almost 40 years.

"I’m extremely proud to say we are returning regular human spaceflight launches to American soil on an American rocket and spacecraft," NASA administrator Jim Bridenstine said in a statement. "This certification milestone is an incredible achievement from NASA and SpaceX that highlights the progress we can make working together with commercial industry."

SpaceX has so far launched two NASA astronauts to the ISS aboard a Crew Dragon spacecraft, as part of the company's Demo-2 mission which launched on May 30.

"Thank you to NASA for their continued support of SpaceX and partnership in achieving this goal," SpaceX CEO Elon Musk said. "I could not be more proud of everyone at SpaceX and all of our suppliers who worked incredibly hard to develop, test, and fly the first commercial human spaceflight system in history to be certified by NASA."

Musk has great ambitions beyond sending astronauts to the ISS however, with Crew Dragon being only the first step.

"This is a great honor that inspires confidence in our endeavor to return to the Moon, travel to Mars, and ultimately help humanity become multi-planetary," he added.

More on Crew Dragon: The Space Station Is About to Be so Crowded That One Astronaut Will Have to Sleep in the SpaceX Capsule