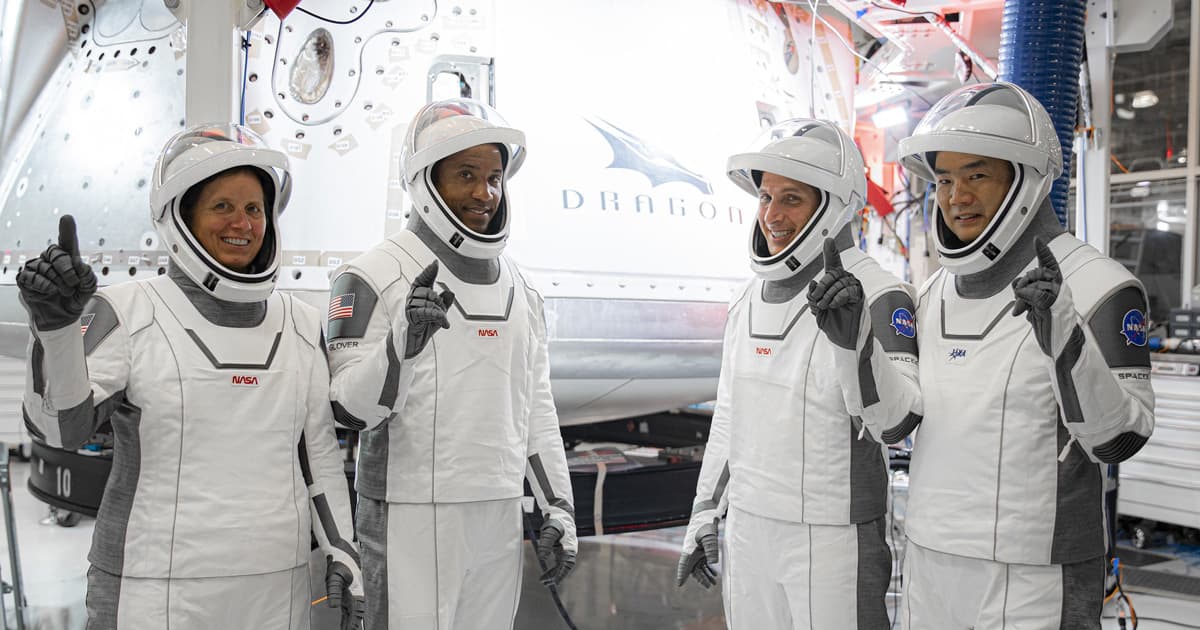 "We are currently short one crew quarters on board station."

"We are currently short one crew quarters on board station."

SpaceX and NASA are about to launch four astronauts — three from NASA and one from Japan's Aerospace Exploration Agency (JAXA) — to the International Space Station in a SpaceX Crew Dragon capsule.

Three astronauts — NASA's Kate Rubins and cosmonauts Sergey Ryzhikov and Sergey Kud-Sverchkov — are already on board the space station, bringing the total to seven. But there are only six spots to sleep, meaning that NASA astronaut and mission commander Mike Hopkins will have to slumber in SpaceX's Crew Dragon capsule, United Press International reports.

"We are currently short one crew quarters on board station," Hopkins told reporters on Monday. "In the interim, they are exploring options on where I could sleep, including on [Crew Dragon] itself."

According to Hopkins, there are plans to ship more sleeping quarters to the station, but they won't get there in time.

SpaceX's space taxi can technically hold up to seven passengers, but that would come with a drawback. "There'd be room for them but no room for cargo," NASA astronaut Shannon Walker, who will be ISS bound on Saturday, said.

Not only will be sleeping quarters be filled up, but astronauts will have to line up to use gym equipment as well.

"One of the big things we're going to have to be more mindful of is the scheduling of everything, especially the exercise equipment," Walker said. "We all have to exercise every day and it's hugely important. There are much tighter schedules associated with the equipment which will give us less flexibility in the rest of our day."

More on the launch: Joe Biden Was Behind NASA’s Historic SpaceX Launch This Week