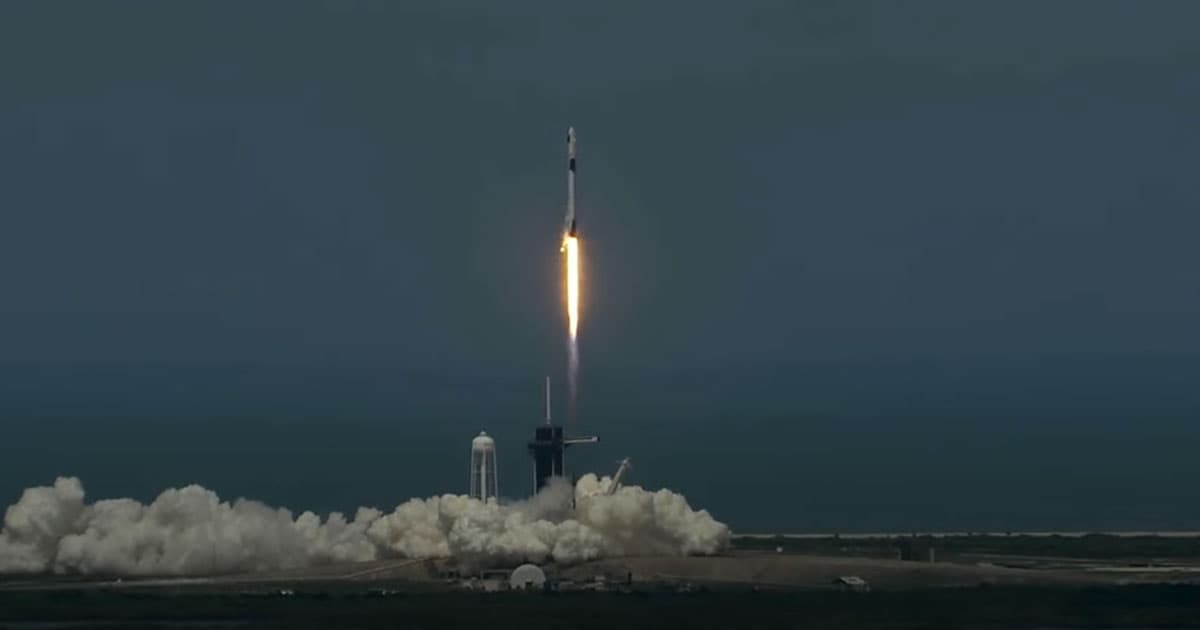 It's the first time astronauts have launched from US soil in almost a decade.

It's the first time astronauts have launched from US soil in almost a decade.

At 3:22 pm, NASA astronauts Hurley and Bob Behnken started their historic journey on board a Crew Dragon spacecraft atop a SpaceX Falcon 9 rocket from the historic Launch Complex 39A at the Kennedy Space Center in Cape Canaveral, Florida.

"Bob, Doug, on behalf of the entire SpaceX team, it's been a huge honor getting you ready for today's historic mission," SpaceX mission control told the two astronauts minutes before launch. "Have an amazing flight and enjoy those views of our beautiful planet."

If all goes according to plan, arrival at the International Space Station is slated for Sunday around noon Eastern time.

We'll update this post when the astronauts reach orbit.

More on the launch: WATCH THE ASTRONAUTS GIVE THEIR KIDS VIRTUAL HUGS BEFORE LAUNCH