The Trump campaign pulled down an ad after angry backlash from NASA and SpaceX employees. 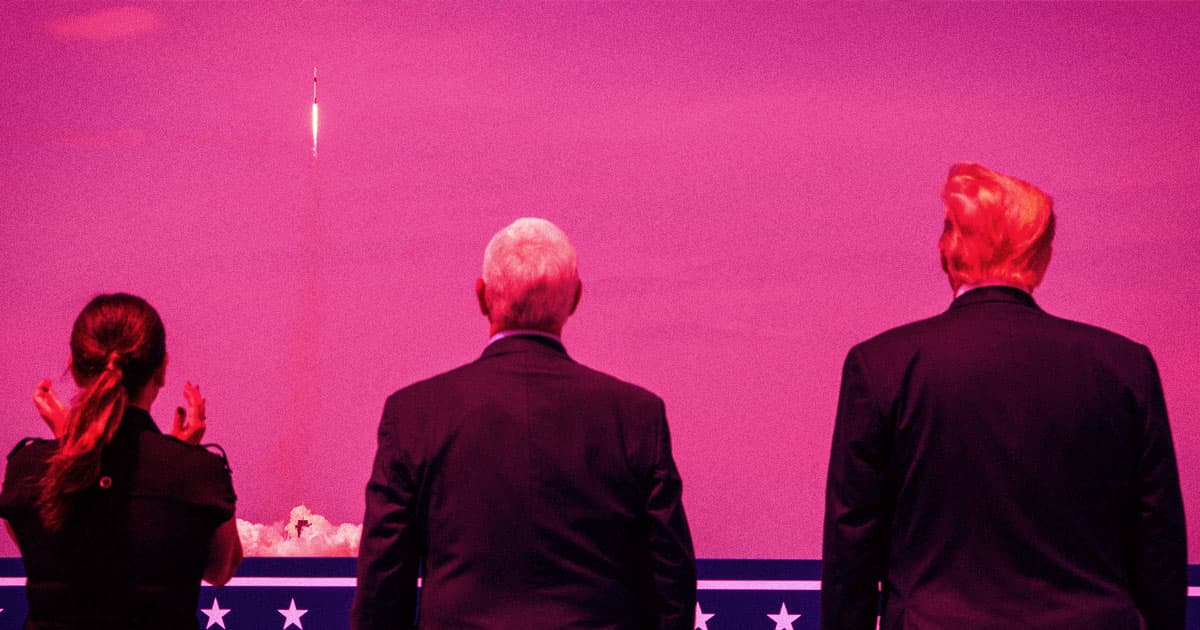 A new petition, signed by thousands of people, is calling for U.S. president Donald Trump to stop taking credit for SpaceX and NASA accomplishments. The petition was created in response to a recent "Make Space Great Again" video released by Trump's reelection campaign, which included footage of SpaceX's recent successful launch of two NASA astronauts.

According to Ars Technica senior space editor Eric Berger, a "lot of people" at both NASA and SpaceX are furious about the ad.

"This campaign video, created on June 3rd, implies that the return of crewed launch on U.S. soil is solely to the credit of his Administration," reads the petition. "This implication is untrue; the NASA Commercial Crew Program has been around since the Obama Administration (started in 2011) in its current form, and its roots go back to the Bush Administration."

"The implication that any one person was responsible for the SpaceX-NASA Crew Demo-2 launch is an insult to the work of the teams that meaningfully contributed to its success," reads the petition.

The 2.5 minute ad was uploaded on Wednesday — and promptly taken down Thursday from a number of social media platforms, according to Space.com.

The propaganda-esque video may have broken NASA's advertising regulations on how its astronauts are depicted in the media, but the exact reason why it was taken down is still unclear.

The sentiments behind the petition were echoed by Karen Nyberg, a retired NASA astronaut who is married to Doug Hurley, one of the astronauts on board SpaceX's Crew Dragon spacecraft during the company's recent historic launch.

"I find it disturbing that a video image of me and my son is being used in political propaganda without my knowledge or consent," Nyberg wrote in a June 4 tweet, referring to a shot of her and her son saying goodbye to Hurley ahead of the launch. "That is wrong."

Trump's campaign defended its decision to include footage of the launch, telling Bloomberg that the footage was collected from publicly available resources.

According to the Bloomberg, NASA was not made aware of the video prior to uploading.

Trump has a history of taking credit for NASA and SpaceX's successes.

"There was grass growing through the cracks of your concrete runways — not a pretty sight, not a pretty sight at all," he told reporters at NASA's Kennedy Space Center in Florida, where he come to watch SpaceX's historic May 30 launch. "With this launch, the decades of lost years and little action are officially over."

What the president failed to note is that the groundwork was laid for NASA's commercial space vehicle program 14 years ago, under president George W. Bush.