"America’s two favorite dads in space have docked to the space station." 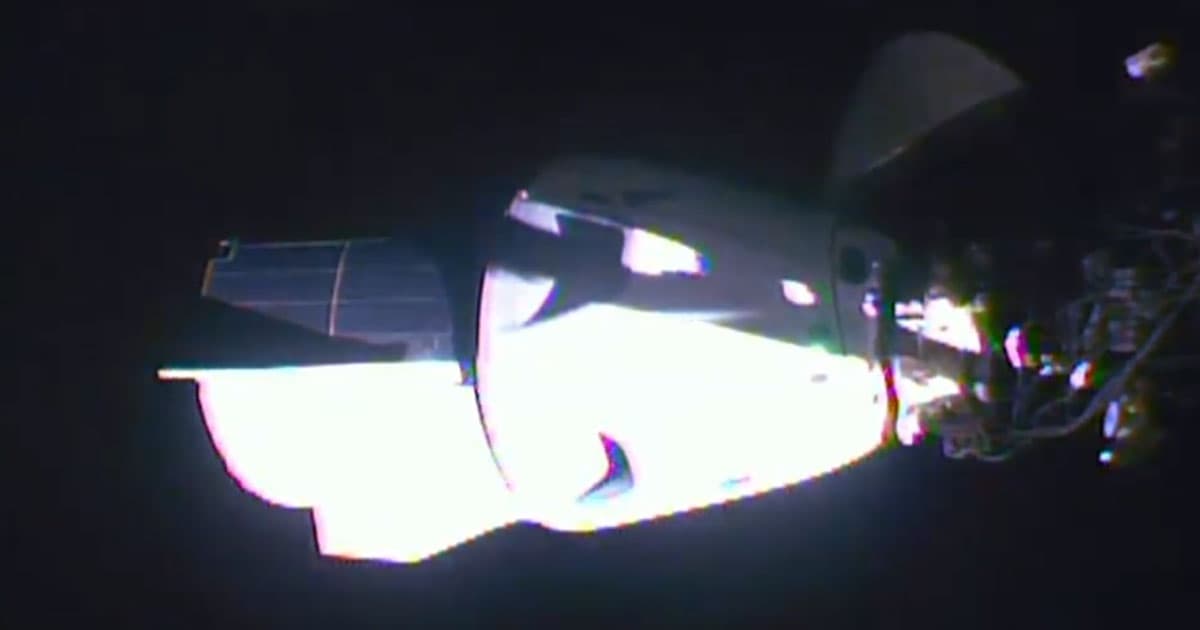 It's a historic moment: the first time in the history of spaceflight that astronauts have made it to orbit — nevermind a space station — inside a commercial vehicle.

"Dragon arriving," said NASA commander Chris Cassidy, who's part of the space station's current crew, as the vehicle docked. "Crew Expedition 63 is honored to welcome Dragon and the Commercial Crew program to aboard the International Space Station, Bob and Doug. Glad to have you as part of the crew."

While it's a major milestone in SpaceX's Demo-2 mission, both astronauts still have to make it back through the Earth's atmosphere inside the spacecraft and safely return to the surface, after their mission at the space station is finished.

It's a familiar sight: SpaceX's Crew Dragon spacecraft has already autonomously docked with the space station in March of last year — albeit with only a dummy dubbed Ripley on board.

On Saturday, NASA astronauts Behnken and Hurley could be seen fist bumping as they reached orbit on board the Crew Dragon after launching from historic Launch Complex 39A at the Kennedy Space Center in Cape Canaveral, Florida.

The futuristic spacecraft is capable of carrying out the entire docking maneuver by itself, but can also hand over the reins to its human passengers if need be.