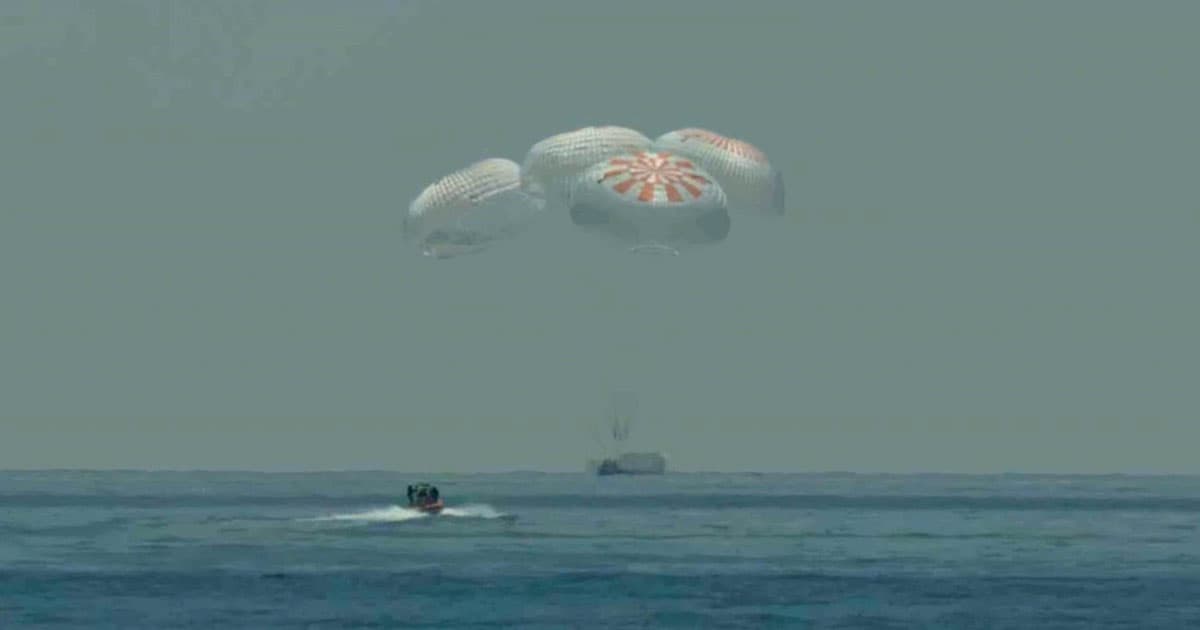 "Welcome back to planet Earth. Thanks for flying SpaceX."

"Welcome back to planet Earth. Thanks for flying SpaceX."

"Thanks for flying @SpaceX."

A 2:48pm ET, @AstroBehnken and @Astro_Doug splashed down, marking the first splashdown of an American crew spacecraft in 45 years. #LaunchAmerica pic.twitter.com/zO3KlNwxU3

Roughly 19 hours later, the pair splashed down effortlessly in the Atlantic at exactly 2:48 pm EDT off the coast of Pensacola, Florida.

"Welcome back to planet Earth," the SpaceX ground team told Behnken and Hurley over the radio. "Thanks for flying SpaceX."

The ocean was calm, with one foot waves and a breezy two knot wind — perfect conditions for a splashdown.

Their descent was slowed by two primary parachutes and four massive main parachutes, colored in an iconic red and white pattern, as seen during SpaceX and NASA's Demo-1 mission in April 2019.

It's only the second time a Crew Dragon capsule has made it back down from space — and the first time with a human crew on board.

The pair managed to successfully dock to the International Space Station on May 31 after launching from historic Launch Complex 39A at the Kennedy Space Center in Cape Canaveral, Florida a day prior. The mission marked the first time a for-profit group has successfully launched human astronauts into orbit inside a commercial spacecraft.