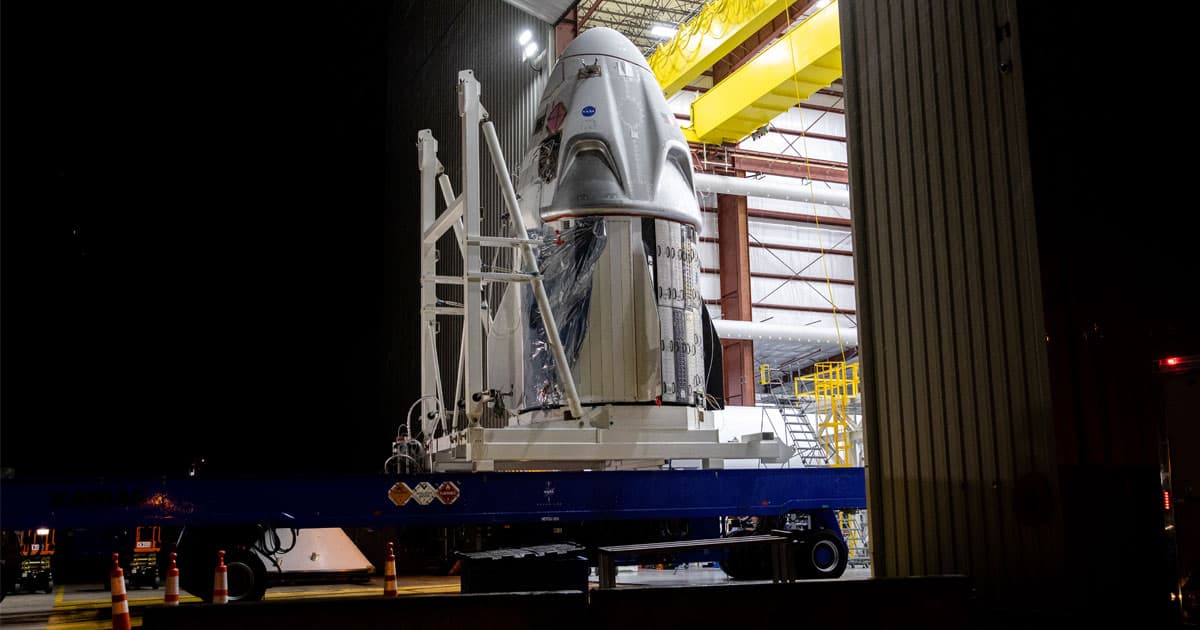 What Happened to Ripley?

SpaceX Is Setting Up Crew Dragon For Its First Human Spaceflight

If everything goes according to plan, the spacecraft will make history as the first US vessel to transport astronauts to the International Space Station from American soil since NASA retired the Space Shuttle in 2011. Since then, the US has been relying on Russian-made Soyuz spacecraft.

The plan is to send two NASA astronauts, Doug Hurley and Bob Behnken, to the International Space Station using one of SpaceX's tried-and-true Falcon 9 rockets.

In March 2019, SpaceX successfully sent the vehicle to the ISS and docked it autonomously — without any passengers on board.

The mission is part of NASA's Commercial Crew Program, which first launched in 2010. SpaceX and Boeing have been developing their respective launch vehicles to carry US and international crew members to the space station and back.

Boeing's CST-100 Starliner encountered problems during early testing and has fallen behind SpaceX's efforts. It's unclear when Boeing will conduct its first test flight, crewed or uncrewed.

According to NASA, Hurley and Behnken will travel to the Kennedy Space Center tomorrow. NASA will then conduct its final checks to clear the May 27 launch.

More on Crew Dragon: Dock a SpaceX Spacecraft to the ISS in This Amazing Simulator