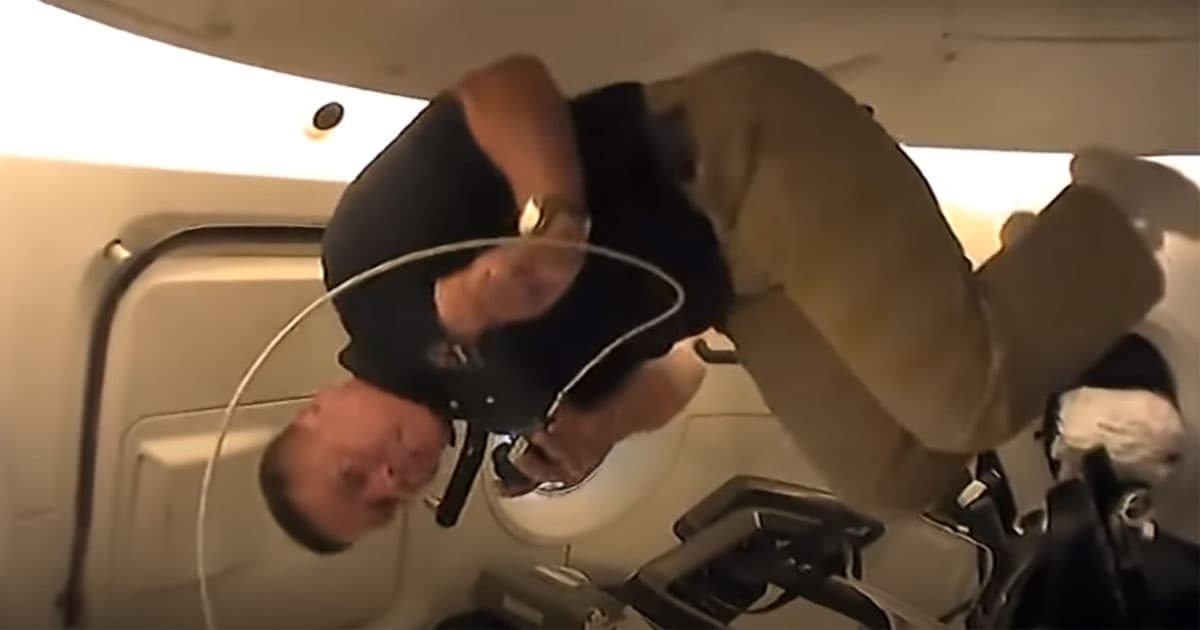 "It is a little bit tight quarters."

"It is a little bit tight quarters."

After becoming the first humans in history to reach orbit in a commercial spacecraft, NASA astronauts Bob Behnken and Douglas Hurley took the time to give us a tour of their new SpaceX ride.

The Crew Dragon capsule can dock with the International Space Station completely autonomously. Astronauts, however, can take control at any time and make any adjustments of the spacecraft’s trajectory using touchscreens alone.

Behnken did however note that there are a couple of rows of buttons below that make sure all systems are working as intended and for redundancies.

Do a Back Flip

“It is a little bit tight quarters,” Behnken admitted before revealing he was asked to do a back flip, but had to settle for a side spin in the end. We also got a glimpse at the cargo space below the two seats.

According to NASA, Crew Dragon will be able to launch up to four crew members at a time and carry more than 220 pounds of cargo.

READ MORE: Tour from Space: Inside the SpaceX Crew Dragon Spacecraft on Its Way to the Space Station [YouTube]

More on the launch: Watch SpaceX’s Crew Dragon Dock With the ISS

Death Watch
Goodnight Sweet Prince: NASA is Officially Killing Its Mars Lander
8:22 PM
Read More
Overloaded
Whiny Space Tourists Say They Were Too Busy on the Space Station
May 14
Read More
Mars Attack
Scientists Worried About Military Facility to Store NASA Mars Rocks
May 4
Read More
+Social+Newsletter
TopicsAbout UsContact Us
Copyright ©, Camden Media Inc All Rights Reserved. See our User Agreement, Privacy Policy and Data Use Policy. The material on this site may not be reproduced, distributed, transmitted, cached or otherwise used, except with prior written permission of Futurism. Fonts by Typekit and Monotype.