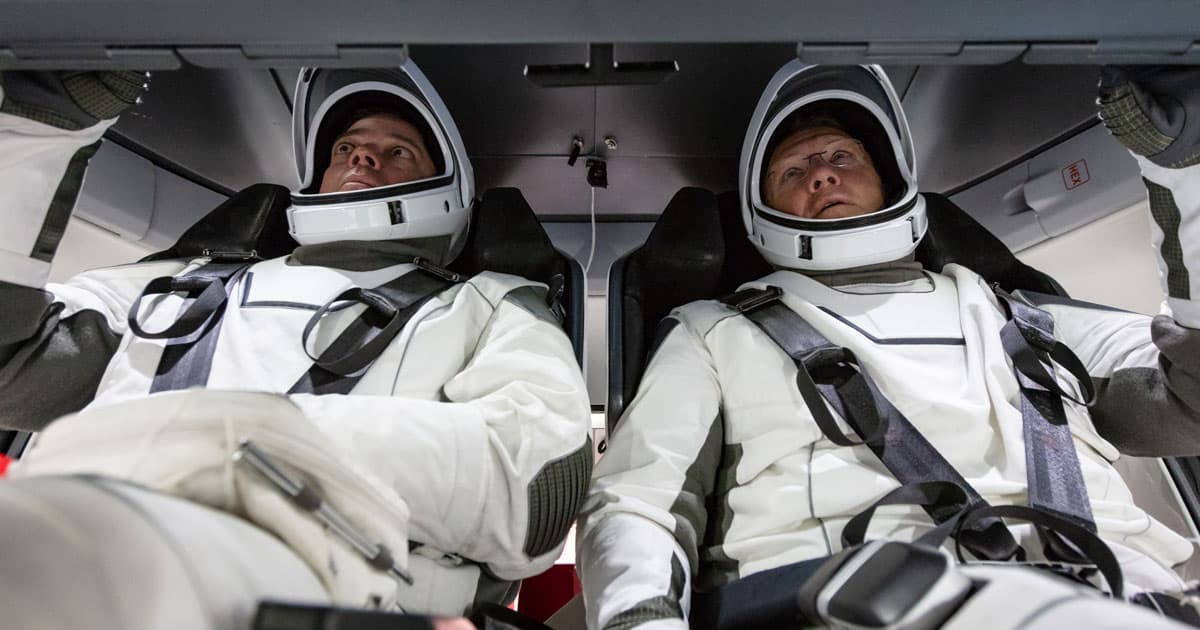 Not for the Faint of Heart

Astronaut: SpaceX Ride Not as "Smooth" as NASA Space Shuttle

"We were definitely driving or riding a dragon all the way up."

"We were definitely driving or riding a dragon all the way up."

On Saturday, SpaceX shot its Crew Dragon spacecraft into orbit with human astronauts on board, becoming the first commercial spacecraft to do so.

The astronauts who rode it up seem impressed with the vehicle overall — though NASA veteran Bob Behnken compared parts of the experience unfavorably to the now-retired Space Shuttle.

"It was not quite the smooth ride the Space Shuttle was," Behnken said. "A little bit more 'alive' is the best way I would describe it."

"The space shuttle was a pretty rough ride heading into orbit with the solid rocket boosters," Behnken said during a welcoming ceremony aboard the International Space Station.

But this launch was different.

"And our expectation was, as we continued with the flight into second stage, that things would basically get a lot smoother than the space shuttle did," he added. "But Dragon was huffing and puffing all the way into orbit, and we were definitely driving or riding a dragon all the way up."