Dock a SpaceX Spacecraft to the ISS in This Amazing Simulator

SpaceX just released a videogame. Can you beat it? 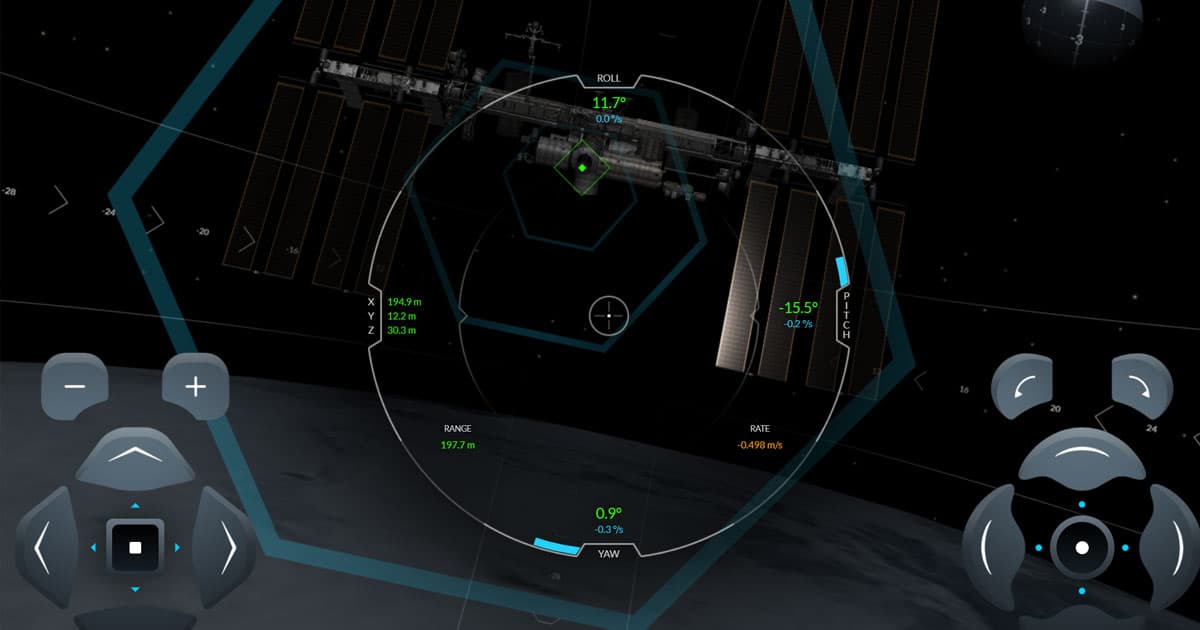 Elon Musk-led space company SpaceX has launched a browser-based simulator that allows you to take over the controls of a Crew Dragon spacecraft and dock it to the International Space Station.

Fair warning, it's not easy maintaining a good trajectory. But NASA administrator Jim Bridenstine apparently nailed it on his first try using SpaceX's full-scale docking simulator last year, he claimed in a tweet.

The controls in the browser simulator aren't far off from the real Crew Dragon, according to SpaceX. The company says the game uses the "controls of the actual interface" in a notice displayed before starting the simulation.

In reality, Crew Dragon capsules are capable of autonomous docking — as demonstrated during the company's successful uncrewed test flight last year — but astronauts are able to take over manual control at any point if necessary.

The game debuted mere weeks before SpaceX is planning to launch the first crewed Crew Dragon mission to the International Space Station.

"The flying task is very unique: To come close to the space station and fly in proximity, then slowly come into contact, is maybe a little bit different from what you would see for flying a space shuttle or an aircraft," NASA astronaut Bob Behnken told TechCrunch last week, referring to the Crew Dragon's futuristic interface.

"Of course, you know, growing up as a pilot my whole career, having a certain way to control the vehicle, this is certainly different," Behnken added.

Alongside fellow astronaut Dough Hurley, Behnken will be on board the Dragon capsule during the first crewed test flight later this month.

READ MORE: SpaceX simulator shows you what it’s actually like to dock Crew Dragon with the Space Station [TechCrunch]

More on Crew Dragon: SPACEX IS OFFICIALLY SENDING ASTRONAUTS TO SPACE NEXT MONTH

Read This Next
Signs Of Life
NASA Seems Awfully Excited About Finding Organic Matter on Mars
Butt of the Joke
Asking the Public to Name Probe to Uranus May Have Been a Mistake
Mo' Money Mo' Problems
New Government Report Is Extremely Bad News for NASA
Dumpster Fire
SpaceX Tested Starship's Engines and Accidentally Caused a Large Fire
God Shot
Astronaut Says He Had Religious Experience During Spacewalk
More on Off World
Watery
Yesterday on the byte
Chinese Rover Discovers Evidence of Ancient Ocean on Mars
Deep Pockets
Yesterday on the byte
Saudi Arabia Just Bought Two SpaceX Tickets to the International Space Station
Serious Impact
Thursday on the byte
NASA Releases First-Ever Audio of Meteoroids Smashing Into Mars
READ MORE STORIES ABOUT / Off World
Keep up.
Subscribe to our daily newsletter to keep in touch with the subjects shaping our future.
+Social+Newsletter
TopicsAbout UsContact Us
Copyright ©, Camden Media Inc All Rights Reserved. See our User Agreement, Privacy Policy and Data Use Policy. The material on this site may not be reproduced, distributed, transmitted, cached or otherwise used, except with prior written permission of Futurism. Articles may contain affiliate links which enable us to share in the revenue of any purchases made.
Fonts by Typekit and Monotype.