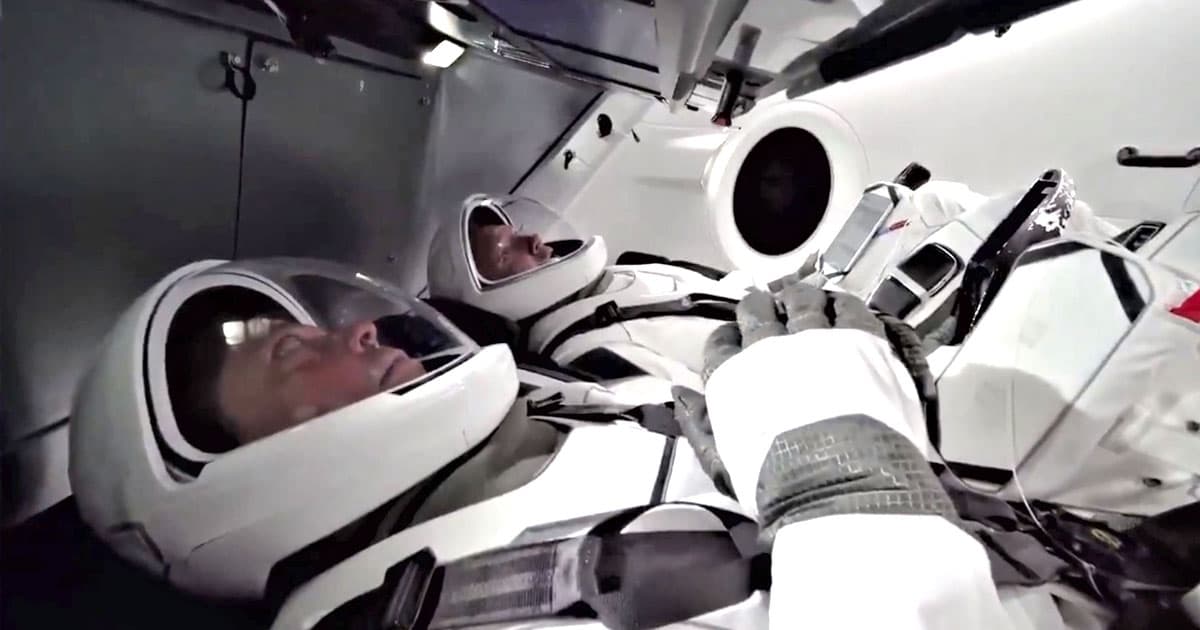 SpaceX Is Officially Sending Astronauts to Space Next Month

"On May 27, will once again launch American astronauts on American rockets from American soil!"

"On May 27, will once again launch American astronauts on American rockets from American soil!"

SpaceX finally has a launch date to launch astronauts to space — the first planned launch from U.S. soil since the retirement of NASA's Space Shuttle program in 2011.

On May 27, SpaceX will launch US astronauts Bob Behnken and Dough Hurley to the International Space Station aboard a Crew Dragon spacecraft, powered by SpaceX's workhorse Falcon 9 rocket. Liftoff is scheduled for 4:32 pm Eastern from Launch Complex 39A in Florida.

"On May 27, will once again launch American astronauts on American rockets from American soil!" NASA chief administrator Jim Bridenstine wrote in a tweet today.

Both SpaceX and aerospace giant Boeing have been developing spacecraft to shuttle astronauts to the space station. Both companies have seen delays — as well as a dramatic explosion during testing.

Behnken and Hurley have been busy running through a gauntlet of tests and rehearsals to make sure everything goes according to plan on launch day.

The news comes after SpaceX sacrificed a Falcon 9 rocket during a January 19 in-flight abortion test flight, intentionally blowing it up in a massive fireball.