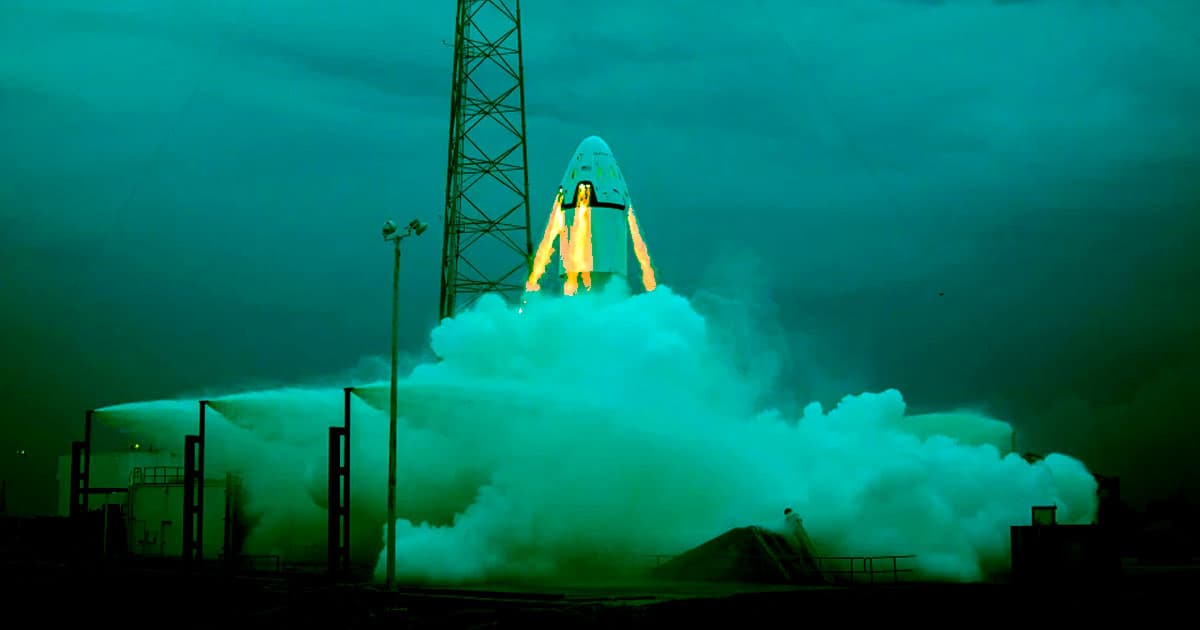 But he didn't say for how long.

But he didn't say for how long.

Back in April, a SpaceX Crew Dragon capsule exploded during a static test.

The plan was for NASA to use SpaceX — or another contractor — to shuttle astronauts to the International Space Station as the American agency moved away from its partnership with Russia. But now NASA head Jim Bridenstine says that the search for a replacement rocket-maker isn't going as planned.

A crewed SpaceX flight was originally supposed to happen next month, but that timeline was set under the assumption that the static test would go off without a hitch.

"There is no doubt the schedule will change," Bridenstine said at Tuesday's Paris Airshow, according to Reuters, but didn't share any details about the new schedule. “It won’t be what was originally planned.”

This latest plot twist is the latest in a long line of confusing news surrounding the SpaceX explosion. First, SpaceX insisted on calling the fiery explosion an "anomaly" for weeks before confirming that an explosion happened. Then a NASA official called the explosion a "gift," treating it like a learning opportunity.

The specifics of Bridenstine's speech on Tuesday were few and far between, Reuters reports, but he did pledge increased transparency around events like this failed test.