There was almost certainly an explosion during a SpaceX test this weekend. Why does the company refuse to use that word? 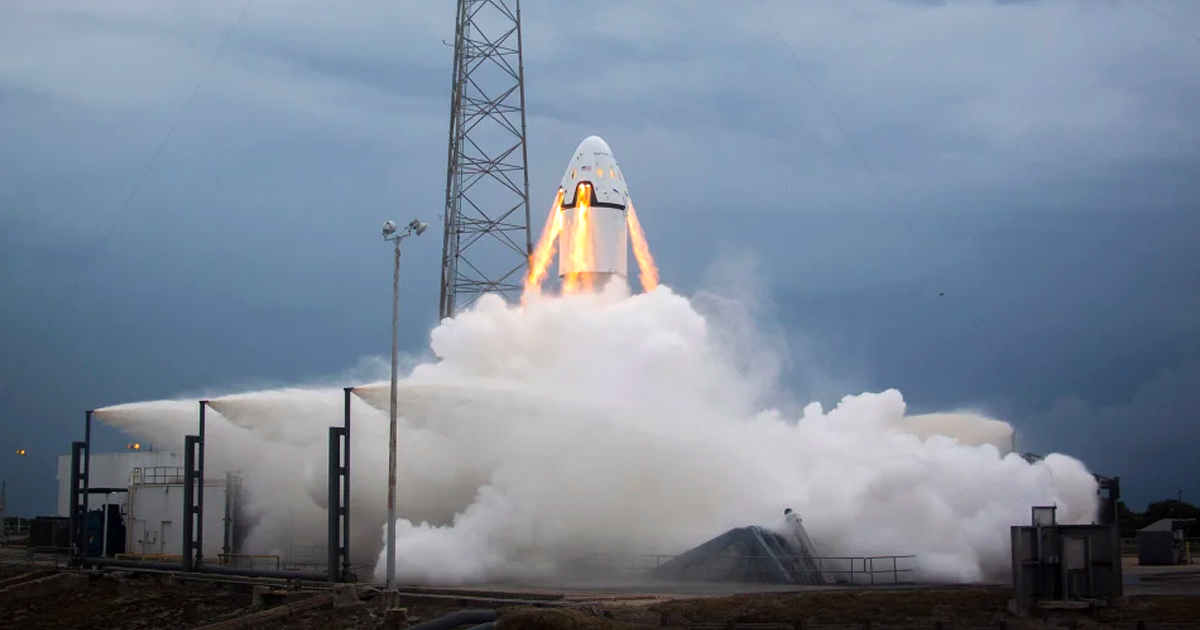 Sometimes, when you fill a small metal capsule with rocket fuel, it will explode.

That's what appears to have happened this past weekend when SpaceX attempted a static test of its Dragon 2 capsule. "Crew Dragon capsule explodes," wrote Scientific American. Business Insider called it a "large explosion." Quartz said that it "blew up." There's even a grainy video of the test that seems to show a fireball.

But SpaceX? The company called it an "anomaly."

You'd never know what happened if you only read SpaceX's prepared statement, which downplayed the apparent explosion as much as possible.

"Earlier today, SpaceX conducted a series of engine tests on a Crew Dragon test vehicle on our test stand at Landing Zone 1 in Cape Canaveral, Florida. The initial tests completed successfully but the final test resulted in an anomaly on the test stand. Ensuring that our systems meet rigorous safety standards and detecting anomalies like this prior to flight are the main reason why we test. Our teams are investigating and working closely with our NASA partners."

SpaceX isn't the only space agency to use "anomaly" to describe a spacecraft glitch. There are several instances where NASA has used the word to characterize launch problems or spacecraft communication issues. But we haven't found an instance where NASA said "anomaly" when it meant "explosion" — in that regard, SpaceX stands alone. When something blows up, NASA says so.

Perhaps the problem that led to an explosion was an "anomaly"; it would be confusing if it was expected. But the explosion itself? Calling it anything but is a disservice.

It makes sense for a leader in space technology to avoid that connotation. But if SpaceX insists on calling an explosion — one that was seemingly documented on video — an "anomaly," then who's to say when the company will clear the air, on this test or any future endeavor?

Read This Next
Rolling Coal
Space Travel Will Absolutely Gut the Environment, Scientists Warn
Futurism
Free Speech Champion Elon Musk Fires Employees for Criticizing Him
Astronaut Drip
We Just Got the First Peek at NASA's Artemis Moon Landing Suits
NDA
SpaceX Reportedly Paid $250,000 to Silence Sexual Allegations Against Elon Musk
Captain Planet
Buying Twitter Seems Like a Huge Distraction for Elon Musk's Mars Plans
More on Off World
TMNT
2:25 PM on the byte
Chunky Turtle Spotted Near NASA's Mega Moon Rocket
Cloud Spotting
Yesterday on the byte
NASA Needs Your Help Spotting Clouds On Mars
Carbon-Based
Tuesday on futurism
NASA Rover Finds New Potential Evidence for Ancient Life on Mars
READ MORE STORIES ABOUT / Off World
Keep up.
Subscribe to our daily newsletter to keep in touch with the subjects shaping our future.
+Social+Newsletter
TopicsAbout UsContact Us
Copyright ©, Camden Media Inc All Rights Reserved. See our User Agreement, Privacy Policy and Data Use Policy. The material on this site may not be reproduced, distributed, transmitted, cached or otherwise used, except with prior written permission of Futurism. Fonts by Typekit and Monotype.