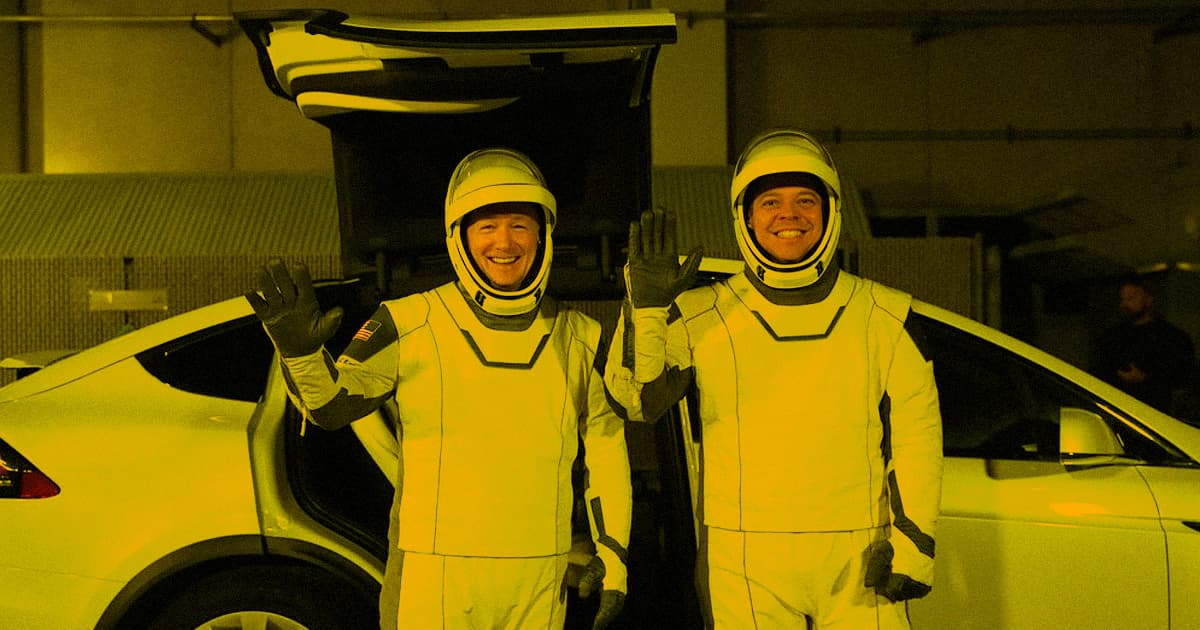 Here's a collaboration we can get behind.

Here's a collaboration we can get behind.

After SpaceX nailed its most recent critical test of its Crew Dragon spacecraft over the weekend, NASA astronauts Robert Behnken and Doug Hurley are inching closer to the first crewed SpaceX mission headed for the International Space Station.

The two space veterans were put through a dry run of pre-launch activities over the weekend, riding from the crew quarters to the launch pad in style — inside a Tesla Model X, and wearing matching black-and-white SpaceX spacesuits, Teslarati reports.

A Tesla spokesperson confirmed to the Associated Press Sunday that Teslas will be the official SpaceX vehicle to get astronauts to the launch pad. Boeing is sticking with its Astrovan for now — a vintage Airstream.

Behnken and Hurley, however, weren't on board for Sunday's in-flight abort test — two crash test dummies took their place.

The rocket test was a dramatic sight. SpaceX intentionally blew up the Falcon 9 rocket that had launched the Crew Dragon, carrying it to safety by engaging its eight thrusters mid-flight.

"Today, we watched the demonstration of a system that we hope to never use, but can save lives if we ever do," Hurley said in a NASA statement from Sunday. "It took a lot of work between NASA and SpaceX to get to this point, and we can’t wait to take a ride to the space station soon."