"It was just awesome to be able to look back and snap a picture." 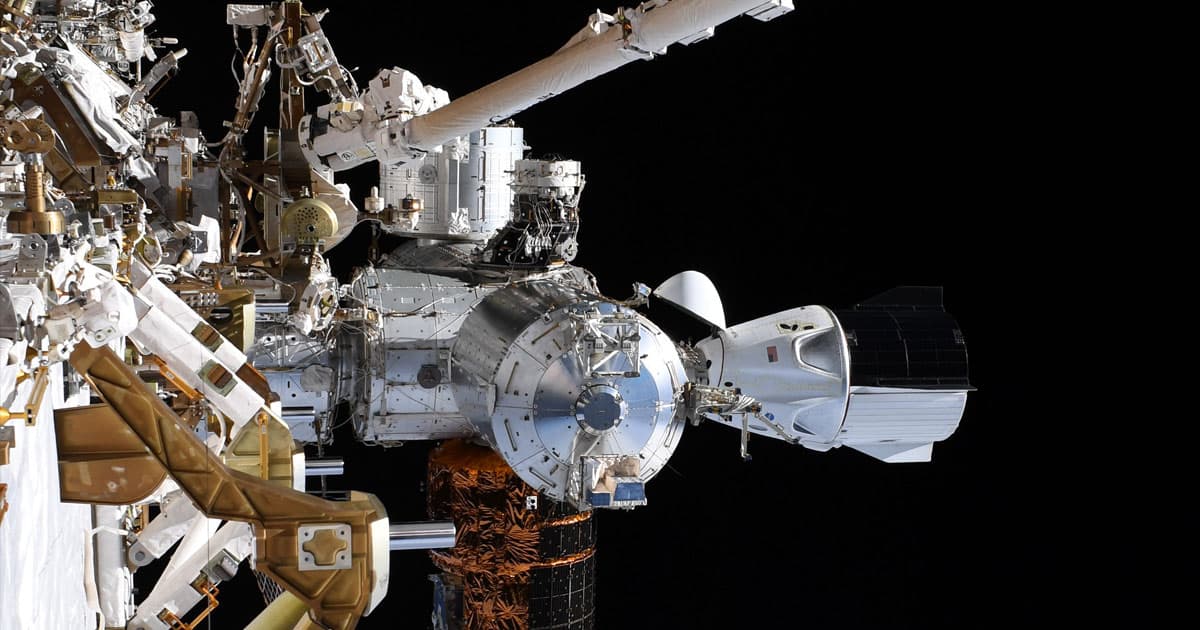 NASA astronauts Chris Cassidy and Bob Behnken got a tremendous view during their spacewalk on Monday. Their mission was to replace the International Space Station's old solar array batteries with lithium ion ones — but the demands of their relatively straightforward task didn't stop them from appreciating a brand-new sight outside the station.

An image snapped by Cassidy showed the gleaming exterior of the ISS with SpaceX's sleek Crew Dragon vehicle docked in the center, recharging its batteries as it slumbered. Towards the bottom you can also see the Japanese space agency JAXA's H-II Transfer Vehicle, an expendable cargo spacecraft used for resupply missions.

Yesterday @Astro_SEAL snapped this shot from our worksite on @Space_Station – @SpaceX’s Crew Dragon and @JAXA_en’s HTV in clear view. Not bad for a view while working… pic.twitter.com/DsV5owA3P9

"Chris and I had a great event last Friday and a wonderful view of Dragon," Behnken said during a post-spacewalk media conference, as quoted by Space.com.

"It was just awesome to be able to look back and snap a picture and I think we got a good daylight shot that kind of showed HTV and Dragon all out there on the front of space station," he added. "It was pretty awesome."

"Not bad for a view while working," Behnken later added in a tweet.

So well, in fact, that its solar arrays were dealing far better with the damaging radiation from the Sun "than predicted," according to Stich.

Behnken and fellow NASA astronaut Doug Hurley successfully docked with the station on May 30 after a historic launch, becoming the first astronauts to return to space from American soil since the retirement of NASA's Space Shuttle in 2011.

But Behnken won't have much time to rest. Alongside Cassidy, he'll tackle the next set of battery swaps during a spacewalk on Wednesday.

Then on July 4, NASA is planning to have four of the five astronauts currently on board the station cram into the Crew Dragon to test its habitability.