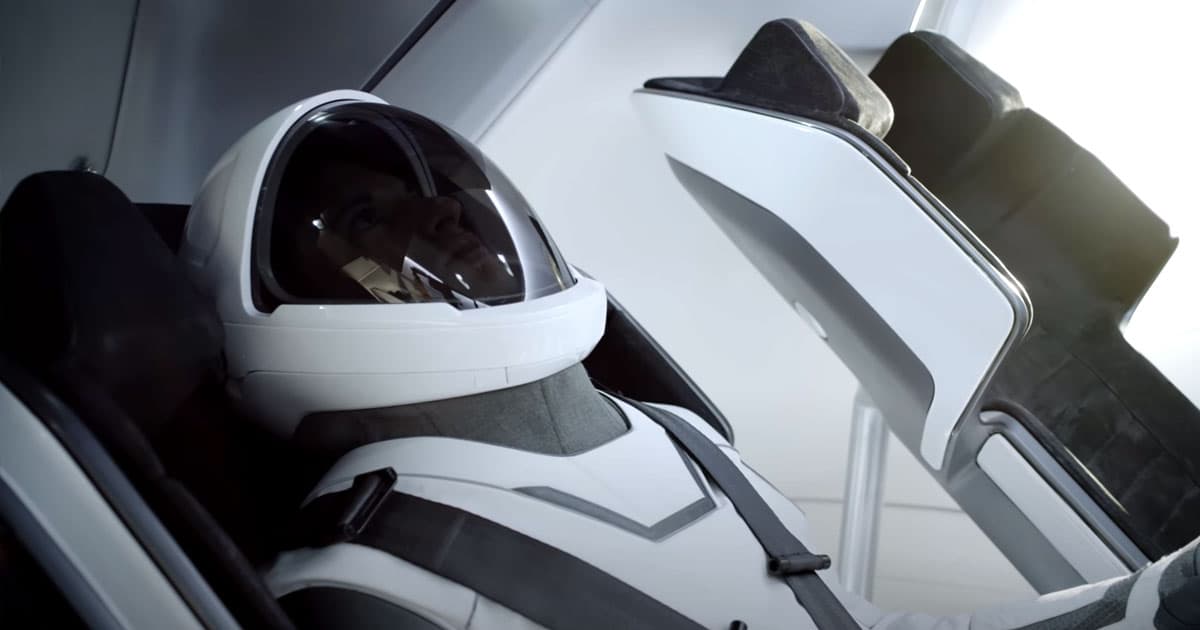 Inside the Space Suit

In a sleek new video, SpaceX gave a rare behind-the-scenes look at the development of its iconic new spacesuit — the one worn by NASA astronauts Bob Behnken and Doug Hurley during their historic mission to the International Space Station in May.

Rather than pay external contractors to develop the suit, SpaceX designed it from the ground up in-house, literally in the same building where SpaceX builds its rockets.

Each suit is custom fitted to each astronaut. It's meant protect crew members in case the spacecraft were to depressurize — not to facilitate a spacewalk.

In the video, SpaceX space suits and crew equipment manager Chris Trigg says the goal was to make a suit that's "easy to use and that the crew just literally has to plug in when they sit down."

An umbilical plugs into a port inside the Crew Dragon spacecraft to provide a communications link, cooling, and breathable air.

"The suit kind of takes care of itself from there," Trigg said.

A key design feature of the Crew Dragon's cockpit is a brand new touchscreen interface. That means the suit's gloves need to work flawlessly with it.

The next live glimpse of the suit in action will be offered to us during SpaceX and NASA's Crew-1 flight, the first operational flight of the Crew Dragon spacecraft, currently scheduled for late September.

READ MORE: SpaceX offers an inside look at how it created its futuristic Dragon space suits [TechCrunch]