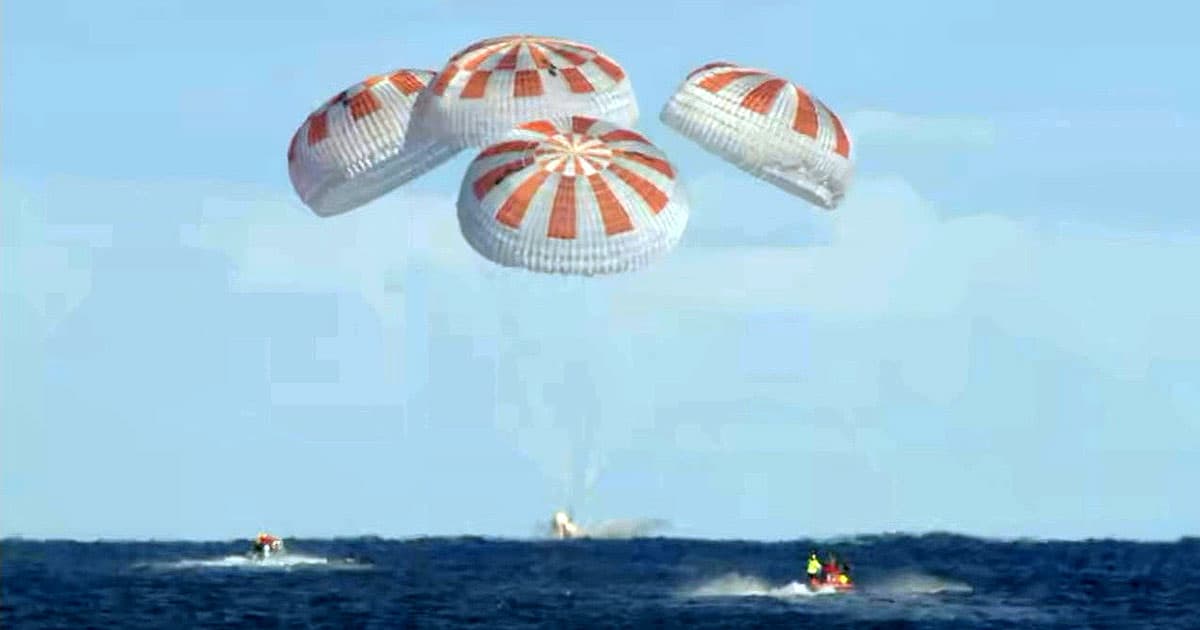 The mission isn't over yet.

The mission isn't over yet.

On May 30, SpaceX made history by launching the first astronauts to the International Space Station from U.S. ground since the retirement of NASA’s Space Shuttle program in 2011.

NASA astronauts Bob Behnken and Doug Hurley may have piloted the the futuristic Crew Dragon space capsule with ease — but the mission, dubbed Demo-2, is far from over.

Both astronauts will still have to make their return journey inside the capsule — and NASA has finally picked a tentative date for exactly that: disengaging from the ISS on August 1, as CNBC reports, with splashdown in the Atlantic ocean scheduled for 3pm on August 2.

NEWS: We're targeting an Aug. 1 departure of @SpaceX's Dragon Endeavour spacecraft from the @Space_Station to bring @AstroBehnken and @Astro_Doug home after their historic #LaunchAmerica mission. Splashdown is targeted for Aug. 2. Weather will drive the actual date. Stay tuned. pic.twitter.com/VOCV51gzLi

The plan is to undock from the ISS, blaze through the Earth's atmosphere during descent, and splash into the Atlantic to be picked up by a nearby ship — a journey already completed by a preceding, uncrewed Crew Dragon capsule last year.

Exact departure time from the space station is still "a bit of a moving target" thanks to changing weather conditions as NASA’s Johnson Space Center, public affairs officer Kyle Herring told CNBC. As of right now, the plan is to undock at around 8 pm Eastern on August 1.

Behnken and Hurely have kept busy since arriving at the ISS on May 31, by replacing the space station's aging old solar array batteries with lithium ion ones during a trio of spacewalks.