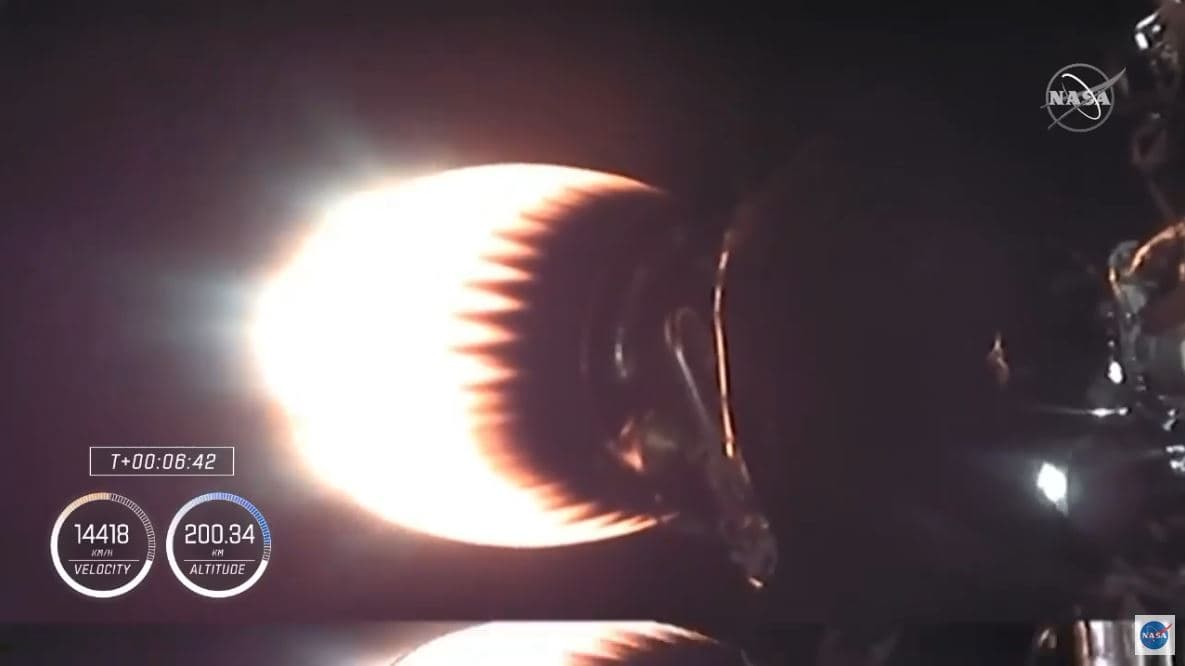 At 7:27 pm on Sunday, SpaceX launched a crew of four aboard a Crew Dragon module, carried into orbit by a Falcon 9 rocket. The vehicle, laden with three NASA astronauts as well as a colleague from the Japanese space agency, is now en route to the International Space Station as part of the Crew-1 mission.

This isn't the first time SpaceX has launched astronauts aboard the Crew Dragon. Back in May, NASA astronauts Bob Behnken and Doug Hurley hitched a ride aboard the craft to the space station — though technically, that was a demonstration mission, whereas today's is the first of what are anticipated to be regular launches to the space station that NASA is contracting to SpaceX.

If all goes according to plan, the astronauts will dock with the ISS early this week, where they'll stay for approximately six months. You can watch NASA's live feed of the mission here:

More on the launch: The Space Station Is About to Be so Crowded That One Astronaut Will Have to Sleep in the SpaceX Capsule