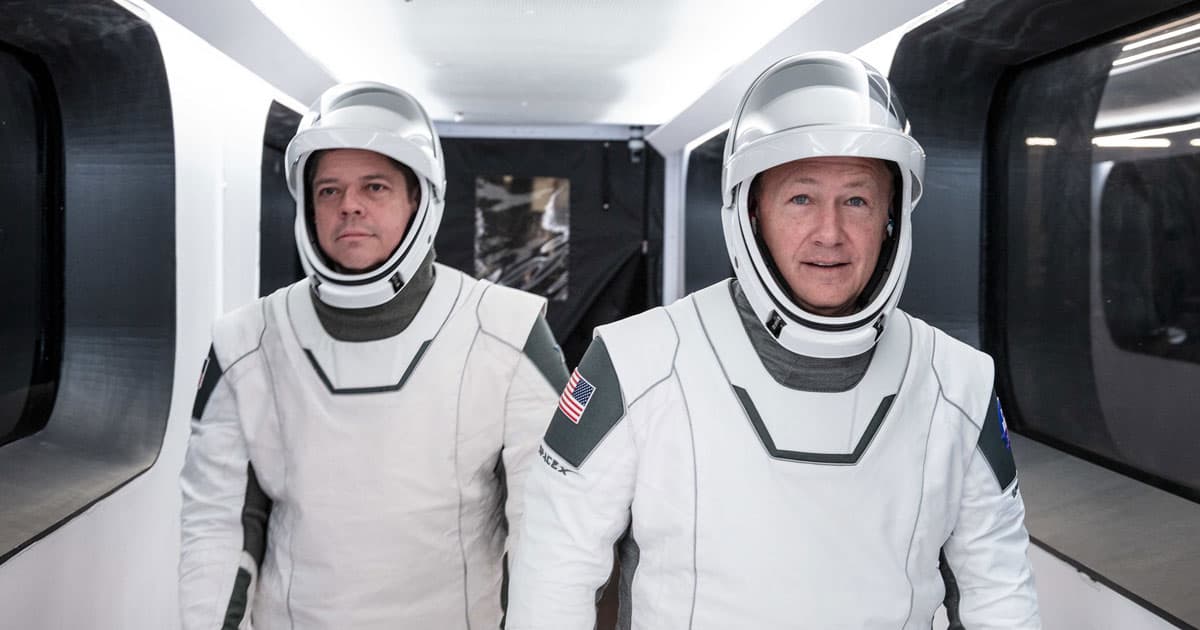 SpaceX Says "High Chance" Human Launch Will Be Pushed Back

SpaceX may well make history on May 27, launching the first astronauts to space from American soil since the retirement of NASA's Space Shuttle program in 2011. But bad weather could end up delaying the historic launch.

"I would expect there to be a very high chance of scrub due to the weather," SpaceX Director of Crew Mission Management Benji Reed told Click Orlando.

"And given the time of year, it wouldn’t surprise me as well," Reed added.

The stars have to align for such a test to go off with a hitch. Since human astronauts are being launched, not only do the skies need to be clear and winds low — even the Atlantic has to play along, since in case of an emergency, the astronauts need to be able to make a safe splashdown in the ocean.

NASA monitors more than 50 locations thousands of miles across the Atlantic ocean, from the eastern seaboard across the North Atlantic, to make sure astronauts could land in case of emergency.

The launch still isn't scrubbed, and could well proceed. NASA will be evaluating the weather each day until launch day.

If everything goes according to plan, SpaceX will launch a Falcon 9 rocket with two astronauts on board a Crew Dragon spacecraft from Kennedy Space Center at 4:33pm Eastern. Arrival at the ISS is slated for around noon on Thursday.

More on the launch: SPACEX IS SETTING UP CREW DRAGON FOR ITS FIRST HUMAN SPACEFLIGHT