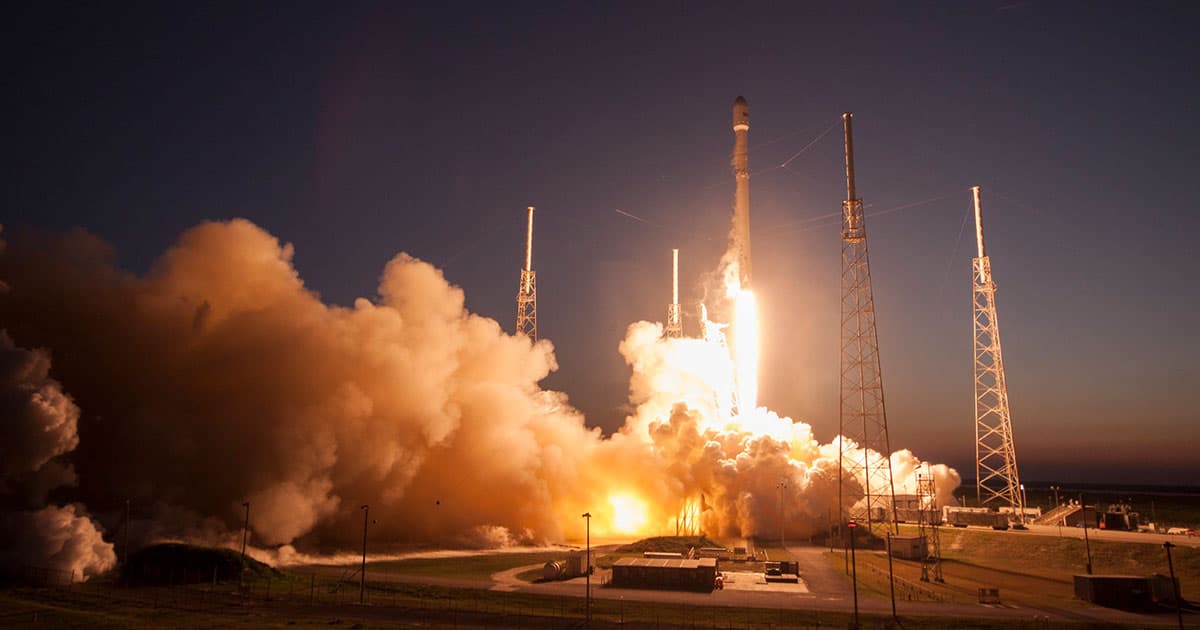 "We are asking people to join us in this launch, but to do so from home."

"We are asking people to join us in this launch, but to do so from home."

If there wasn’t a global pandemic going on, NASA’s upcoming SpaceX launch — the first to send astronauts into space from U.S. soil since 2011 — would be a huge spectacle.

But this time around, NASA administrator Jim Bridenstine urged would-be spectators to stay home and stay safe, Space.com reports. Bridenstine still hopes the public will tune in online, but said on a Thursday conference call that they definitely shouldn’t break quarantine to do so.

The May 27 launch, which will send two crewmembers to the International Space Station, will carry American astronauts on a SpaceX rocket that blasts off of an American launchpad. As a result, Bridenstine said he would normally expect a bigger-than-average crowd.

“Yes, we are moving forward,” Bridenstine said of the launch. “We are very excited about launching commercial crew. We are asking people to join us in this launch, but to do so from home. We’re asking people not to travel to the Kennedy Space Center.”

NAA will close the Kennedy Space Center to the public, Space.com reports. But it’s still possible for rocket fans to catch a glimpse of the launch from the surrounding area or a nearby beach.

Keeping people who ignore his warning from congregating in those areas, Bridenstine said, is up being left to local authorities.

More on the crewed launch: SpaceX Is Officially Sending Astronauts to Space Next Month