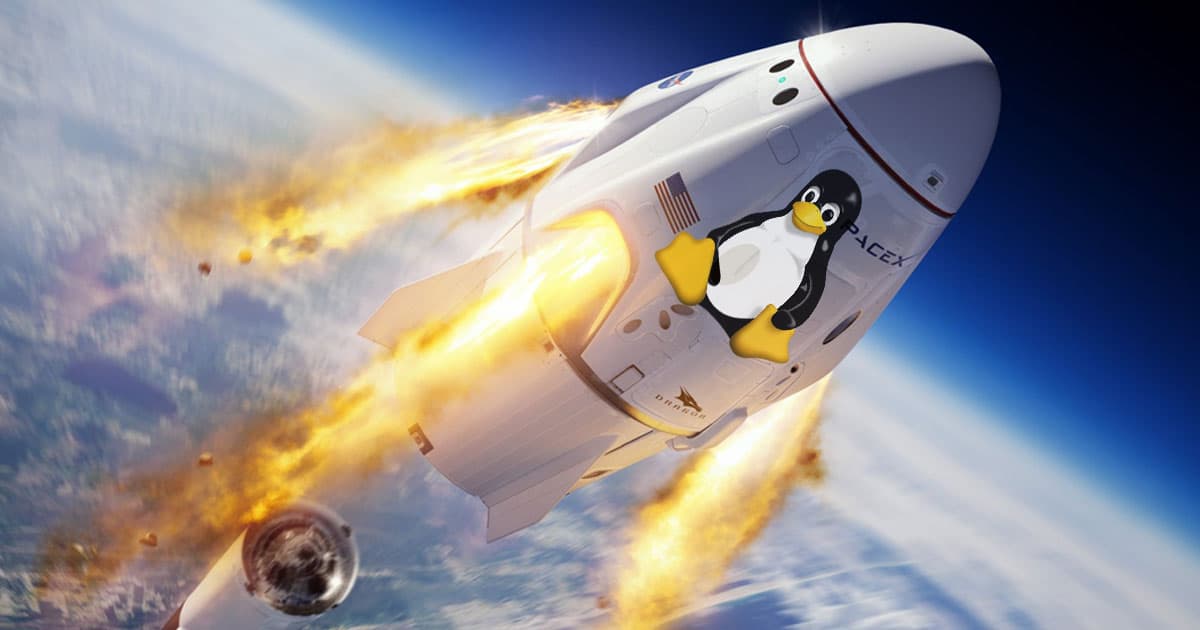 Another win for open source software.

Another win for open source software.

This past weekend, Elon Musk-led private space company SpaceX made history by launching a pair of NASA astronauts into orbit, an accomplishment that could upset the balance of the international space industry.

According to a terrific breakdown by ZDNet, the historic launch also contributed to a shift in power from proprietary software to open source — by running the Falcon 9 rocket on a version of the open source operating system Linux.

The unspecified version of Linux, according to ZDNet, runs on three dual-core x86 processors — a redundancy system that keeps the astronauts safe by making sure all three units agree before executing each command.

ZDNet also pointed to a 2013 Reddit post in which SpaceX employees confirmed that Dragon and Falcon 9 both on Linux.

The International Space Station itself, where the NASA astronauts launched by SpaceX are now residing, reportedly switched to Linux from Microsoft's proprietary Windows operating system in 2013.

READ MORE: From Earth to orbit with Linux and SpaceX [ZDNet]