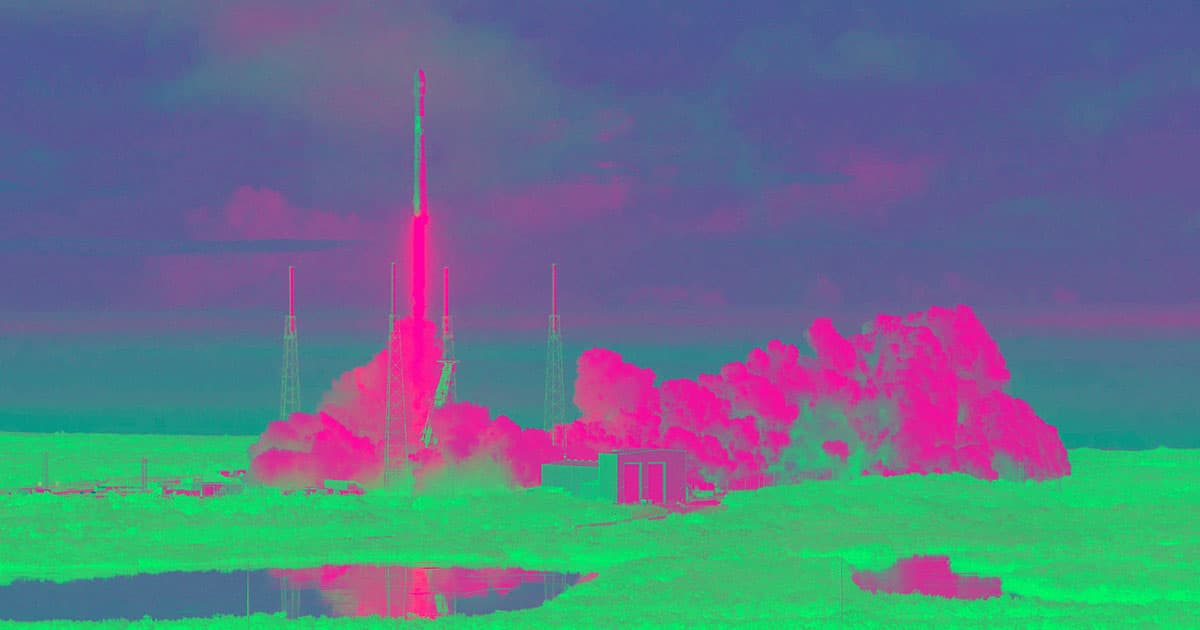 SpaceX Delays Launch Because of the Coronavirus

A Falcon 9 launch set for March 30 is on "indefinite" hold.

A Falcon 9 launch set for March 30 is on "indefinite" hold.

Though SpaceX has still been launching rockets during the coronavirus pandemic, the company is now facing delays for an upcoming Air Force mission.

SpaceX was supposed to launch a Falcon 9 rocket from the Vandenberg Air Force base in California on March 30, but now the mission is on "indefinite" hold, according to TechCrunch. The base declared a public health emergency over the weekend to prevent a COVID-19 outbreak from occurring there — throwing a wrench into SpaceX's plans.

SpaceX isn't the first space organization to suffer due to the pandemic. Last week, NASA instructed its employees to work from home if possible.

And both NASA and Russia's Roscosmos may enact stricter preventative measures, like extended quarantines, for any crewmembers going to space.

It's not clear when things will get back on track for the space industry.

There's a lot still up in the air, according to TechCrunch: Vandenberg Air Force base declared that public health emergency and restricted most staff's access, but hasn't yet announced how long that will last.

More on SpaceX: Astronomer: SpaceX Satellite Swarm Will Be Visible With Naked Eye