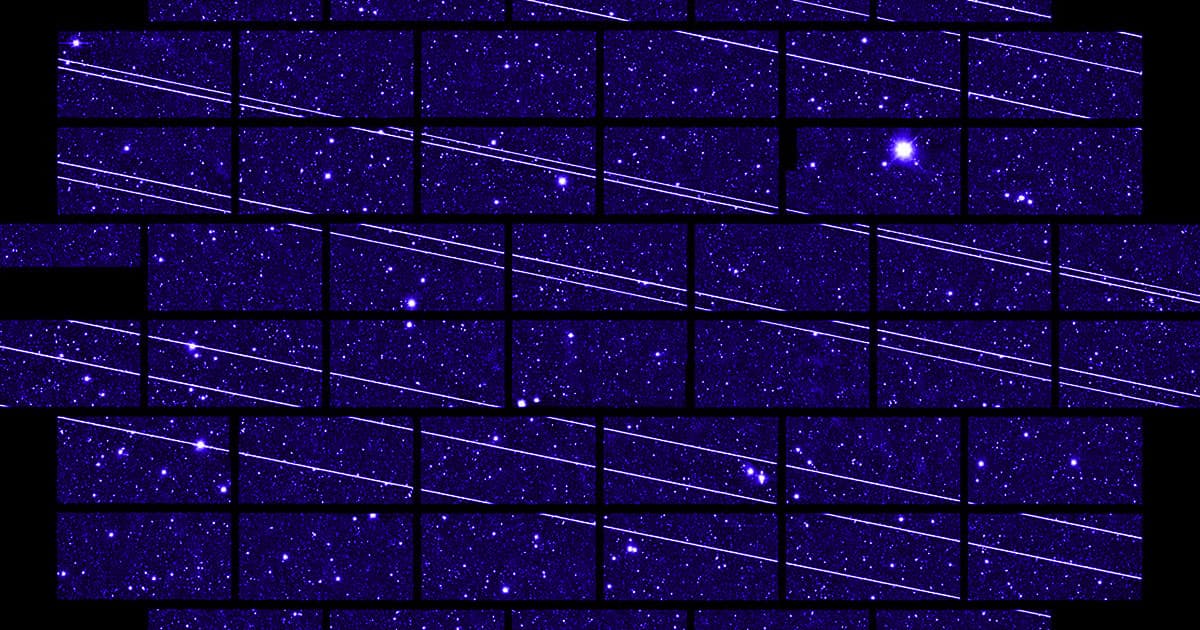 Astronomer: SpaceX Satellite Swarm Will Be Visible With Naked Eye

Starlink is going to be a bigger problem for astronomers than expected.

Starlink is going to be a bigger problem for astronomers than expected.

On Wednesday, SpaceX launched yet another 60 Starlink satellites into orbit, furthering the company’s plan to beam internet service down to the entire globe.

While CEO Elon Musk and COO Gwynne Shotwell have repeatedly insisted that the blanket of satellites won’t hinder astronomy or space exploration efforts, new models suggest a much more grim outlook. In fact, Popular Science reports that hundreds of Starlink satellites could be visible to the naked eye, changing the landscape of the night sky as it appears from Earth.

The study, shared on the preprint server ArXiv on Monday, argues that a complete Starlink network would flood the night sky with visible lights, crowding out stars.

To be fair, SpaceX is exploring options to reduce the impact of its satellites — preliminary research suggests, for instance, that painting the Earth-facing side of them black would make the swarm 2.5 times less visible.

That would help amateur astronomers and stargazers better appreciate a starry sky. But PopSci reports that professional researchers and space exploration agencies could face serious problems navigating around a Starlink constellation, no matter what color the paint.

Only Star I See Tonight

Going forward, astronomers will have to take extra steps and observatories will have to be outfitted with costly equipment if they want to continue conducting research on a sky filled with thousands of Starlink satellites, PopSci reports.

“This is a wakeup call for astronomers generally to start thinking about the mitigations,” Harvard-Smithsonian Center for Astrophysics and study author Jonathan McDowell told PopSci.