The so-called "three-body problem" has been puzzling astronomers for centuries. 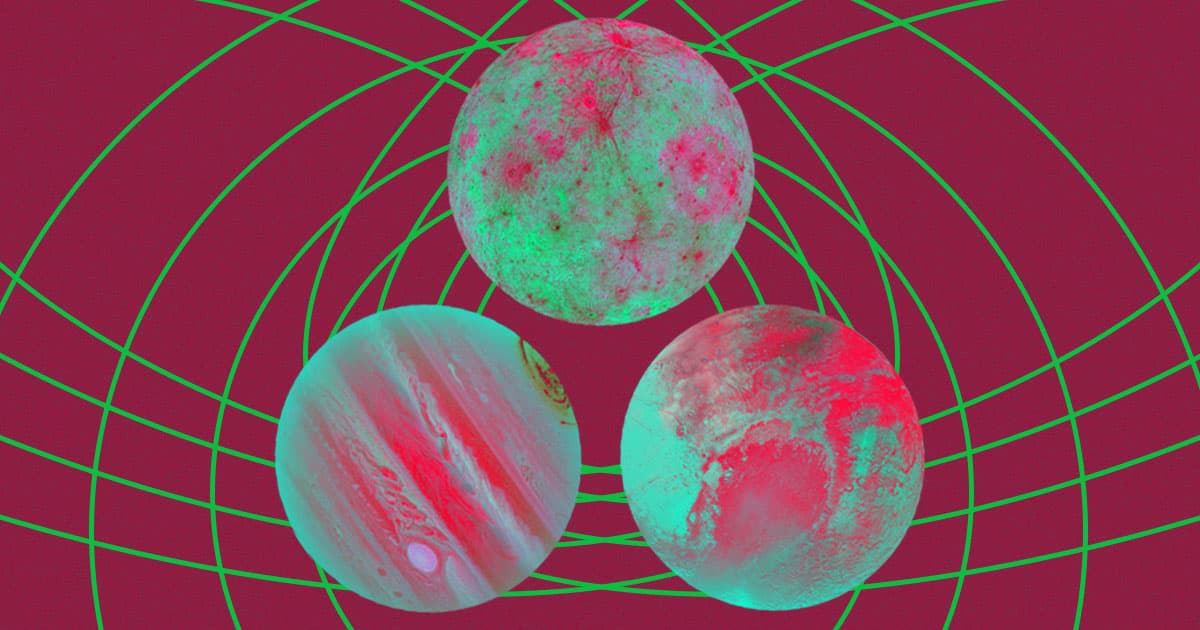 When three celestial bodies — for instance the Earth, Moon, and Sun — orbit each other, their gravitational pulls produce a peculiar and seemingly unpredictable system. Figuring out how to predict where each mass will be in space and time at any one point is a problem that's been puzzling astronomers ever since Sir Isaac Newton formulated it over 300 years ago.

So far, conventional computers have been slaving away at these kinds of calculations, often taking weeks, if not months to produce results — but artificial intelligence could speed things up considerably, as Live Science reports.

Researchers from the University of Cambridge have built a neural network they claim can solve the three-body problem much faster than a conventional computer, giving astronomers a leg up in understanding phenomena such as the behavior of star clusters as they collapse or the formation of black hole systems.

They posted a paper of their research, which has yet to be peer-reviewed, on the preprint archive arXiv last month.

Using Brutus — an advanced software program that, as its name suggests, solves problems by brute force — the team generated about 9,900 simplified three-body scenarios. They then fed these scenarios to the neural net to teach it how to solve them, before pitting Brutus against the neural net on solving 5,000 new and unseen scenarios.

The results were astonishing. The Cambridge team's AI solved the problems in less than a single second each. Brutus took far longer: almost two minutes. That's because the AI was able to deduce a pattern rather than making calculations step-by-step.

"This neural net, if it does a good job, should be able to provide us with solutions in an unprecedented time frame," co-author Chris Foley, a biostatistician at the University of Cambridge, told Live Science. "So we can start to think about making progress with much deeper questions, like how gravitational waves form."

There are plenty of limitations to this new approach, however. For one, scaling up the calculations could present a big hurdle.

"There's an interplay between our ability to train a fantastically performing neural network and our ability to actually derive data with which to train it," Foley said. "So there's a bottleneck there."

But the researchers are hoping to create a "hybrid" system:  software like Brutus could do the hard work up front, then a neural net would take on "only the parts of the simulation that involve more complex calculations that bog down the software," Foley explained.

READ MORE: The 'Three-Body Problem' Has Perplexed Astronomers Since Newton Formulated It. A.I. Just Cracked It in Under a Second. [Live Science]

More on physics: Physicists Are Starting to Suspect Physical Reality Is an Illusion

Read This Next
Woooaaah
Scientists: The Human Brain Has Odd Similarities to the Entire Universe
Bright Streaks
Scientists: SpaceX Satellites Threaten "Astronomy Itself”
Cosmic Stalker
Astronomers Traced a Mysterious Radio Burst to a Distant Galaxy
Lonely Planetesimal
Astronomers Discover Fragment of Planet Orbiting Its Dead Star
Hole Wheat Bread
Astronomers Just Found 83 Giant Black Holes at Universe's Edge
More on Hard Science
Moved to Tears
Jun 30 on the byte
Scientists Say New James Webb Images Are So Powerful That It Was Emotional Just Looking at Them
Good God
Jun 28 on the byte
Huge Cloud of Toxic Yellow Gas Kills 13
zombie star
Jun 28 on futurism
Scientists Puzzled by Star That Exploded in Supernova But Somehow Survived
READ MORE STORIES ABOUT / Hard Science
Keep up.
Subscribe to our daily newsletter to keep in touch with the subjects shaping our future.
+Social+Newsletter
TopicsAbout UsContact Us
Copyright ©, Camden Media Inc All Rights Reserved. See our User Agreement, Privacy Policy and Data Use Policy. The material on this site may not be reproduced, distributed, transmitted, cached or otherwise used, except with prior written permission of Futurism. Fonts by Typekit and Monotype.