"It certainly indicates that potentially something is fishy with our understanding of the universe." 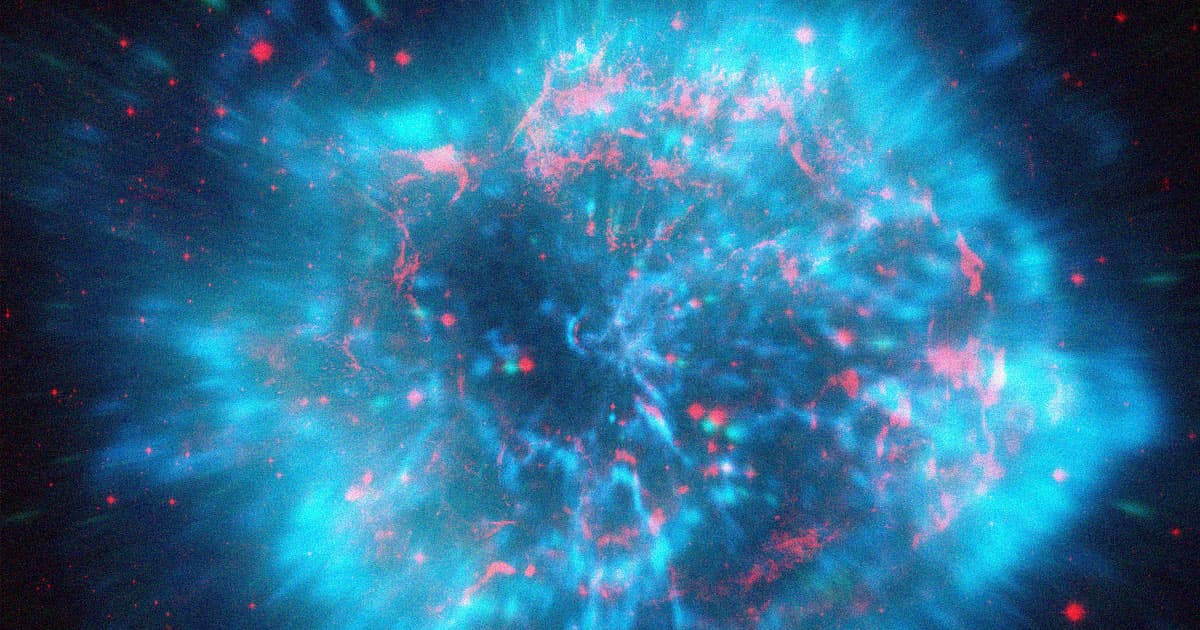 Researchers have found that the universe is expanding at an entirely different rate than previously thought, a groundbreaking discovery that could undermine our current understanding of the cosmos.

In a new paper published in The Astrophysics Journal, an international team of researchers studied the light emitted from 1,550 different supernovae — some near our own Milky Way and some located in the furthest reaches of the universe millions of light-years away — to study the composition and expansion rate of the universe.

In doing so, their analysis dubbed Pantheon+ includes some of the most comprehensive measurements ever made.

"With these Pantheon+ results," Dillon Brout, co-author and researcher at Harvard's Center for Astrophysics, told The Harvard Gazette, "we are able to put the most precise constraints on the dynamics and history of the universe to date."

Excitingly, their findings corroborate some existing theories regarding dark matter, a mysterious yet abundant substance which scientists have yet to observe or measure directly, and dark energy, a hypothetical form of energy that behaves like the opposite of gravity.

Their research posits that the entire universe is roughly made up of two-thirds dark energy and one-third matter, the latter of which is mostly made up of dark matter.

"We've combed over the data," Brout continued, "and can now say with more confidence than ever before how the universe has evolved over the eons and that the current best theories for dark energy and dark matter hold strong."

But at the same time, the study fails to remedy one of the greatest discrepancies in the field of astronomy: the Hubble tension, or the apparent mismatch between previous, locally-measured estimates of the universe's expansion rate and the measurement derived from the cosmic microwave background, electromagnetic remnants of the earliest known stages of the universe.

The new research suggests the universe is expanding at roughly 160,000 miles per hour, while previous measurements that take the cosmic microwave background into account concluded it was expanding far slower than that.

And while Pantheon+ may have confirmed the discrepancy, it didn't exactly provide any answers for it.

"We thought it would be possible to find clues to a novel solution to these problems in our dataset," Brout told the Harvard Gazette, "but instead we're finding that our data rules out many of these options and that the profound discrepancies remain as stubborn as ever."

"It certainly indicates," the researcher told Agence France-Presse, "that potentially something is fishy with our understanding of the universe."

Clearly, Pantheon+ has opened more doors than it has closed. But that, in a way, is the beauty of the scientific process — the research done by Brout and his team could still lay the groundwork for a number of future discoveries.

"We, as scientists, thrive on not understanding everything," Brout continued to AFP. "There's still potentially a major revolution in our understanding, coming potentially in our lifetimes."

READ MORE: Most precise accounting yet of dark energy and dark matter [The Harvard Gazette]

More on astronomers being wrong about stuff: Scientists Puzzled Because James Webb Is Seeing Stuff That Shouldn't Be There

Read This Next
Big Sky
Scientists Say New Experiment Will Determine "Fate of the Universe"
Fifth Element
Physicists Say Universe Filled With Mystery Substance Called "Quintessence"
Massive Gravity
New Theory Could Solve Universe’s Biggest Paradox
Bright Streaks
Scientists: SpaceX Satellites Threaten "Astronomy Itself”
Three-Body Problem
This Neural Network Quickly Solves a Major Astronomical Problem
More on Hard Science
Quacks Like a Duck
Thursday on futurism
Those Headlines About Scientists Building a Wormhole Are Total Nonsense, People
It From Bit
Nov 22 on the byte
A Scientist Is Crowdfunding an Experiment to Check if We Live in a Simulation
Water Carrying
Nov 20 on the byte
Evidence Grows That Soggy Meteorites Gave Earth Its Oceans
READ MORE STORIES ABOUT / Hard Science
Keep up.
Subscribe to our daily newsletter to keep in touch with the subjects shaping our future.
+Social+Newsletter
TopicsAbout UsContact Us
Copyright ©, Camden Media Inc All Rights Reserved. See our User Agreement, Privacy Policy and Data Use Policy. The material on this site may not be reproduced, distributed, transmitted, cached or otherwise used, except with prior written permission of Futurism. Articles may contain affiliate links which enable us to share in the revenue of any purchases made.
Fonts by Typekit and Monotype.