"We’re back to a situation where we have zero idea about how the Universe is going to end." 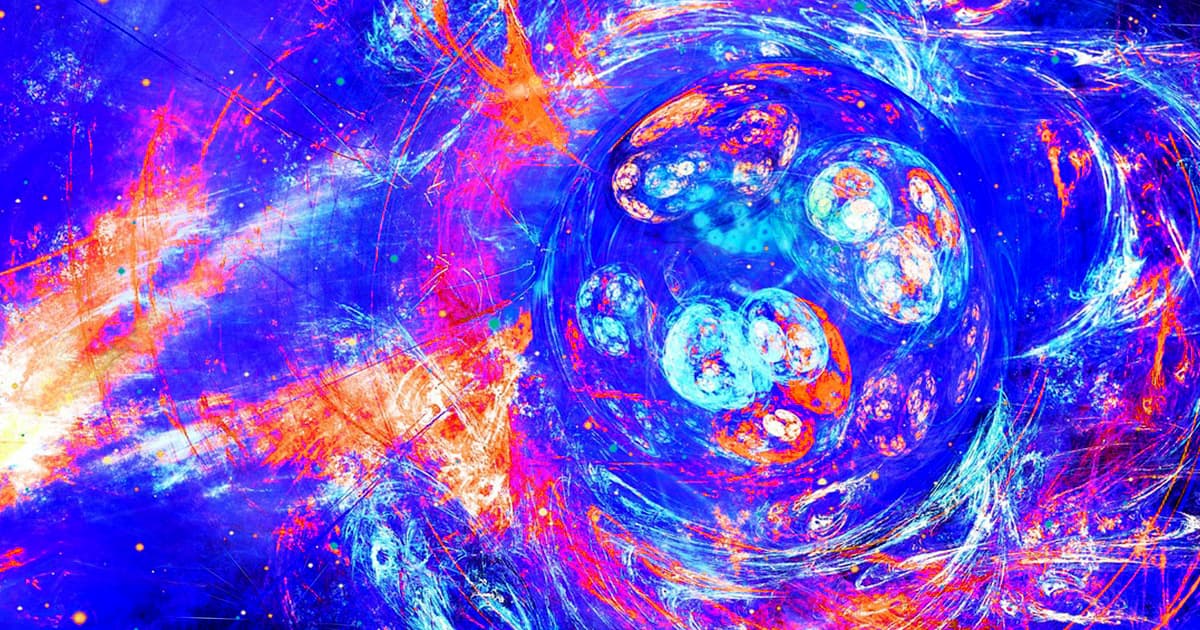 An international team of scientists is suggesting that the accelerating expansion of the Universe could be caused by a mystery substance called "quintessence" that permeates the cosmos.

The tentative hypothesis could offer tantalizing new clues about the nature of dark energy, the mysterious force that physicists believe is responsible for the increasing speed at which the universe is expanding.

But the researchers' conclusions — and their wide sweeping implications — have left some of their peers questioning the idea, as Nature reports.

The theory that dark energy is responsible for accelerating the expansion of the universe was first proposed back in 1998, when researchers found that the amount of the mysterious force was fixed per unit of volume of space as a "cosmological constant."

Not all scientists fully subscribe to the theory though, as Nature points out, arguing instead that dark energy is made out of a "fifth element," or what the researchers from the High Energy Accelerator Research Organization (KEK) in Japan and the Max Planck Institute for Astrophysics in Germany are now calling quintessence. As they frame it, quintessence is neither an inherent property of space determined by a constant nor a form of matter. If dark energy were indeed such a quintessence, that would mean its density would drop over time as the galaxy expands.

To test the theory, the researchers first posited that quintessence would have to affect light in certain ways as it spreads throughout the cosmos.

Back in 1998, according to Nature, a team of scientists led by Sean Carroll, a theoretical physicist at the California Institute of Technology in Pasadena, suggested it would technically be possible to find evidence of this happening.

They suggested that by looking at maps of the cosmic microwave background (CMB) — the relic electromagnetic radiation left over from the early stages of the universe — scientists could theoretically look for certain light signatures to prove the quintessence theory.

These light signatures would show electric fields of polarized light "wiggling" in specific directions, they suggested, rather than any which way.

And that's exactly what two cosmologists from KEK and the Max Planck Institute for Astrophysics in Germany claim they have done, as detailed in a paper published in the journal Physical Review Letters this week.

By looking at CMB data from the European Space Agency's Planck mission, they were able to pinpoint signs of quintessence using an entirely new technique.

But the discovery is far from set in stone yet — physicists are warning that the evidence isn't complete yet, as Nature reports.

If borne out by further research, though, the theory could have drastic consequences for our understanding of the universe. If dark energy were indeed quintessence, the expansion could actually slow down and eventually disappear entirely.

The process could even be reversed, causing the universe to crunch up like a soda can, according to Carroll, who was not involved in the study.

"We’re back to a situation where we have zero idea about how the Universe is going to end," Carroll told Nature.

More on the expansion of the universe: To Measure the Universe’s Expansion, We Might Need New Physics

Read This Next
Hubble Tension
Most Precise Measurements of the Universe Suggest That Something Is Very Wrong
Big Sky
Scientists Say New Experiment Will Determine "Fate of the Universe"
Massive Gravity
New Theory Could Solve Universe’s Biggest Paradox
Alternative Explanations
New "Chameleon Theory" Could Explain Dark Energy, How Galaxies Formed
Futurism
An Oxford Scientist May Have Solved the Mystery of Dark Matter
More on Hard Science
Tractor Beam
Yesterday on the byte
Scientists Build Working Tractor Beam, Although It's Comically Tiny
Having a Blast
Jan 18 on the byte
New Study Shows Where You Should Hide to Survive a Nuclear Attack
Offworld Amino
Jan 15 on the byte
Scientists Find Building Blocks of Life in Meteor That Smashed Into Family's Driveway
READ MORE STORIES ABOUT / Hard Science
Keep up.
Subscribe to our daily newsletter to keep in touch with the subjects shaping our future.
+Social+Newsletter
TopicsAbout UsContact Us
Copyright ©, Camden Media Inc All Rights Reserved. See our User Agreement, Privacy Policy and Data Use Policy. The material on this site may not be reproduced, distributed, transmitted, cached or otherwise used, except with prior written permission of Futurism. Articles may contain affiliate links which enable us to share in the revenue of any purchases made.
Fonts by Typekit and Monotype.