Scientists Say New Experiment Will Determine "Fate of the Universe"

Creating a gigantic 3D map of the universe is no easy task. 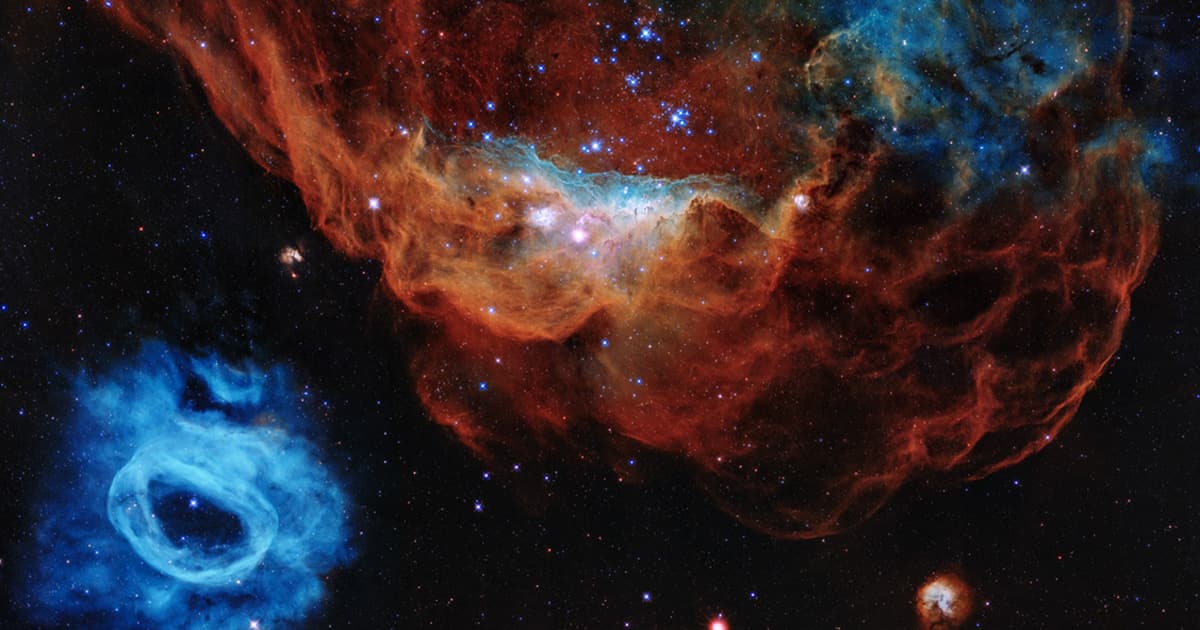 For much of the 20th century, astronomers believed that the expansion of the universe would eventually slow due to gravity. At some point, it would stop expanding altogether, before collapsing in on itself in a "big crunch."

But since then, researchers have discovered that the universe instead appears to be expanding at an exponential rate due a mysterious force later named "dark energy," which also happens to make up roughly 68 percent of all the mass and energy in the universe.

While the discovery was hailed as a historic breakthrough back in 1998, astronomers have struggled since then to definitively say what dark energy actually is.

"Whenever astronomers say ‘dark,’ that means we don’t have any clue about it," said Donghui Jeong, astrophysics professor at Penn State University, in a statement. "Dark energy is just another way of saying that we don’t know what’s causing this accelerating expansion."

Jeong and his colleagues are now hard at work trying to nail down the best candidates for what could actually explain dark energy.

The HETDEX (Hobby-Eberly Telescope Dark Energy Experiment) is an extremely ambitious experiment that could offer us tantalizing clues about the nature of anything from dark matter — an equally mysterious form of matter that scientists believe slows down the expansion of the universe — to black holes and dark energy.

"HETDEX is very ambitious," said astrophysics professor and the experiment's founding member Robin Ciardullo, in the statement. "It’s going to observe a million galaxies to map out the structure of the universe going over two-thirds of the way back to the beginning of time."

"We’re the only ones going out that far to see the dark energy component of the universe and how it’s evolving," he added.

The HETDEX telescope, a 10-meter dish, is aiming to pick up waves emanating from the big bang called baryonic acoustic oscillations. These waves aren't technically audible in the vacuum of space, but the distribution of primordial matter makes them visible.

"The physics of sound waves is pretty well known," Ciardullo said. "You see how far these things have gone, you know how fast the sound waves have traveled, so you know the distance. You have a standard ruler on the universe, throughout cosmic history."

Thanks to this ruler, the idea is that we'll be able to measure how the expansion of the universe has changed over time.

The team behind HETDEX decided to cast its nest extremely wide, observing huge swathes of the night sky and not limiting its data collection on just one topic.

But that also means we may have to wait a while until we find any definitive answers to the mysteries surrounding our ever-expanding universe — and its possible demise.

More on dark energy: Dark Energy, Thought to Comprise Most of the Universe, Might Be Totally Fake

Read This Next
Bangs and Bounces
Scientists Say Stuff Might Have Been Happening Before the Big Bang
Hubble Tension
Most Precise Measurements of the Universe Suggest That Something Is Very Wrong
Dark Secrets
Scientists Just Detected the Oldest Dark Matter Ever Observed
Walled Up
Scientists Say Space Is Filled With Invisible Walls
Turn Back Time
Scientists Say There May Be a Mirror Universe in Which Time Runs Backwards
More on Hard Science
Horrible Geese
Dec 4 on futurism
Furious Geese Are Defeating Humans, Scientists Find
Quacks Like a Duck
Dec 1 on futurism
Those Headlines About Scientists Building a Wormhole Are Total Nonsense, People
It From Bit
Nov 22 on the byte
A Scientist Is Crowdfunding an Experiment to Check if We Live in a Simulation
READ MORE STORIES ABOUT / Hard Science
Keep up.
Subscribe to our daily newsletter to keep in touch with the subjects shaping our future.
+Social+Newsletter
TopicsAbout UsContact Us
Copyright ©, Camden Media Inc All Rights Reserved. See our User Agreement, Privacy Policy and Data Use Policy. The material on this site may not be reproduced, distributed, transmitted, cached or otherwise used, except with prior written permission of Futurism. Articles may contain affiliate links which enable us to share in the revenue of any purchases made.
Fonts by Typekit and Monotype.